Instant Laughter does shows throughout the year, features variety of sketches inspired by audience suggestions 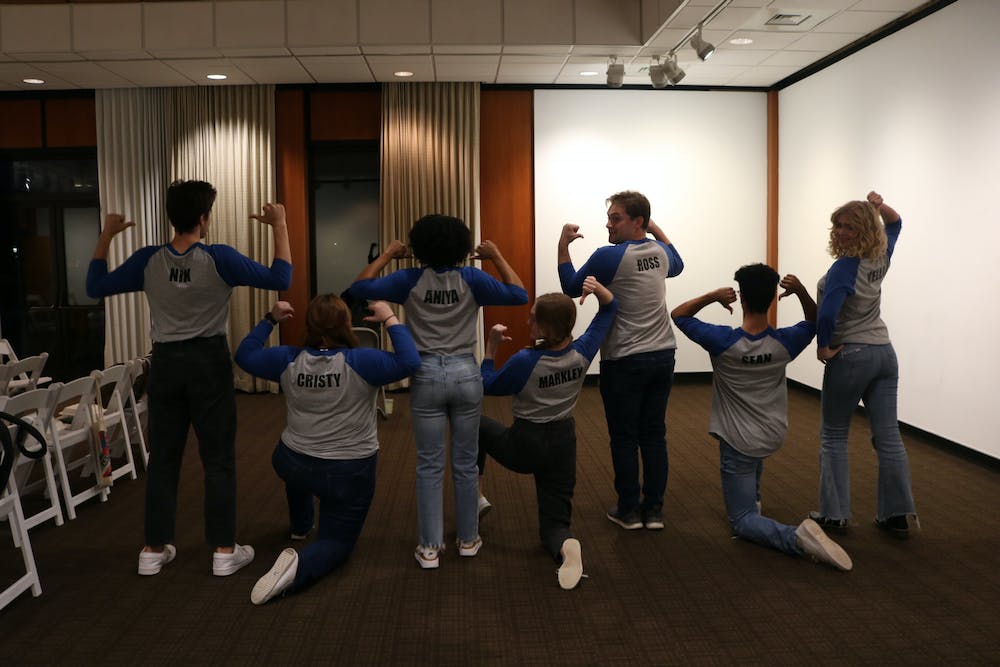 Elon University senior Ross Brunschwig joined Instant Laughter his freshman year after hearing about the improv troupe from several upperclassmen who encouraged him to audition.

Brunschwig is now one of the only seniors in the improvised comedy group. Instant Laughter is made up of students in the Performing Arts department. The group puts on shows throughout each semester.

“I really like improv and, of course, the people and the group,” he said. “It’s a lot of fun.”

As a senior, Brunschwig has worked with many different students throughout his time in Instant Laughter. This year, Brunschwig is joined by Niklas Salah, Cristy Mariné, Aniya Arnolds, Markley Bortz, Sean Mikesh and Kelli Geiger.

Brunschwig said that working with a variety of students throughout his Elon career to create sketches for the audience taught him skills in cooperation and teamwork. To Brunschwig, improv is all about collaboration.

“Everything you see on the stage is brought by people all agreeing in a democratic process,” he said. “You don’t really see that a lot in theater, so it’s great when you do.”

The troupe’s most recent performance was Oct. 21 in Yeager Recital Hall.

Though each performance features a different mix of games, Brunschwig said his favorite from Friday’s lineup was “Fairytale Survivor.” For this skit, the audience chooses a classic fairytale – in this case Pinocchio –  which is then portrayed by the actors in 60 seconds, 30 seconds, 15 seconds and five seconds, with random eliminations each round.

“I love that we get to end on a little competitive, fun aspect of the show,” he said.

Brunschwig encouraged members of the university and Town of Elon communities to come to an Instant Laughter show.

“They’re a lot of fun, and you get to laugh, and they’re a very relaxing time,” he said.

The troupe’s next performance is 7:30 p.m. Oct. 22 in Yeager Recital Hall, located in Center for the Arts.

Tickets are $15 or free with an Elon ID.