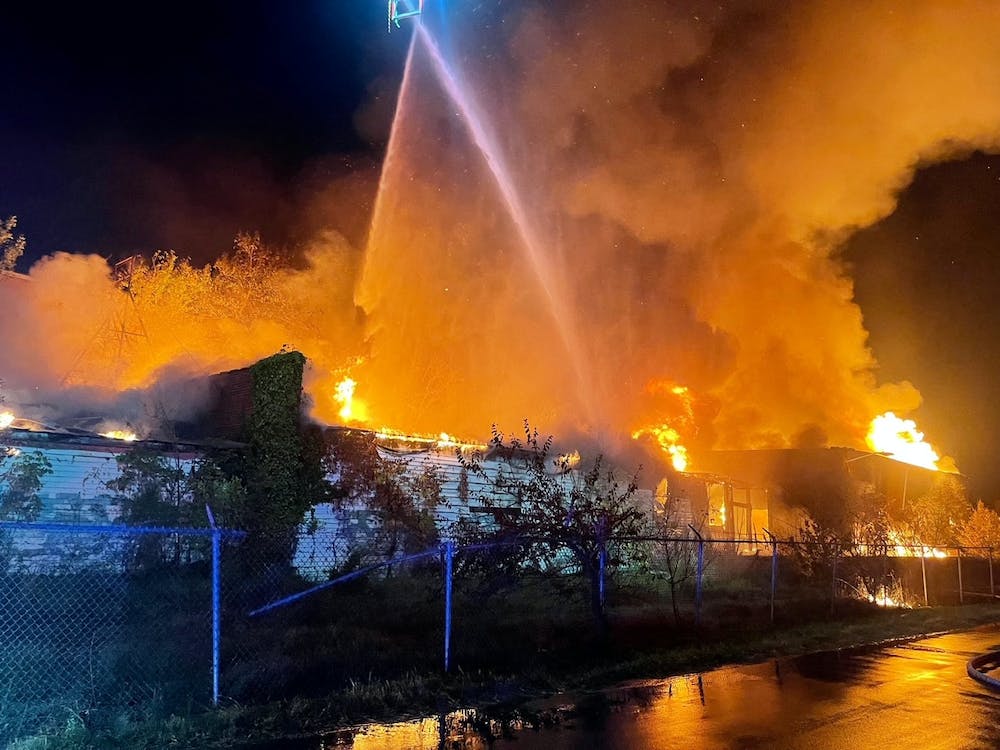 All fire departments in the county, including Elon's, were called in to help fight the fire. Courtesy of the Graham Fire Department.

The city of Graham Fire Department responded to a building fire at 300 East Parker St. in Graham at 9:18 p.m. Oct 11. The Graham Police Department was first to arrive on East Parker Street, but throughout the night, it was joined by additional fire and police departments from across the county, including Mebane, Haw River and Swepsonville. The Elon Fire Department came to Graham’s aid as part of the County-Wide Tanker Task Force. It was called in by the incident commander to bring water to the scene to combat insufficiencies in Graham’s north side water system.

The building was one of North Carolina’s old textile mills, and years of poor maintenance led to the building’s classification as a collapse hazard by the Graham Fire Department. This classification meant firefighters were not able to fight the fire from the inside. According to the fire department’s press release, the building's condition posed a major risk to their safety. Throughout their first hour on the scene, there were two confirmed structural collapses within the old mill.

The fire was declared as under control with no reported injuries of firefighters or civilians at 1:20 a.m. Oct 12. Personnel from the city of Graham Fire Department stayed on site to extinguish any hot spots that might flare up throughout the day.

Alamance County Arson Task Force Investigators arrived on site in the morning along with the North Carolina Office of State Fire Marshal to begin the investigation.