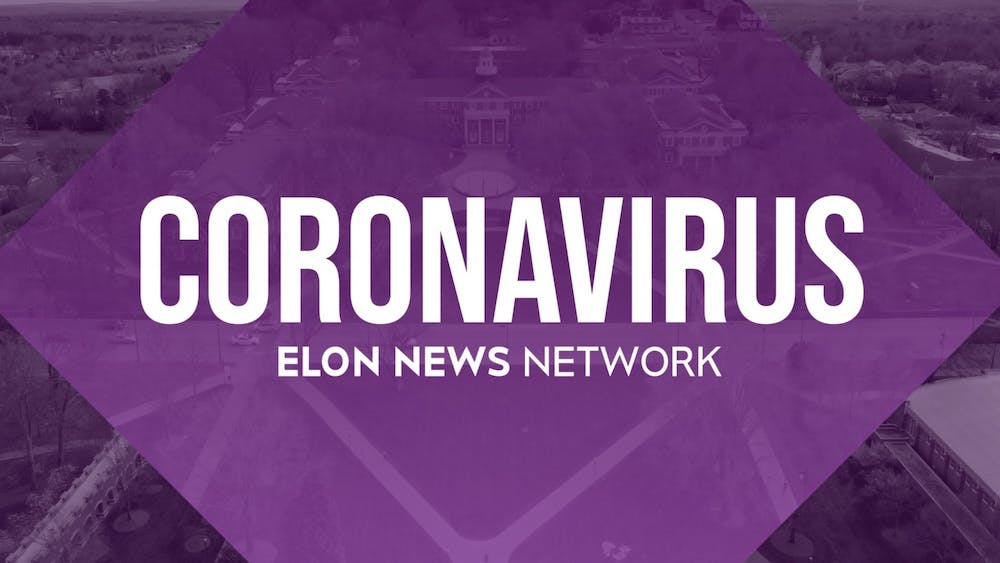 Sophomore Izzy Jacobs wasn’t concerned about community COVID-19 spread when she arrived on campus last week. She moved into her residence hall, began classes and saw friends she hadn’t seen this summer.

Then, over the weekend, Jacobs started to hear about people testing positive around campus. On Aug. 29, she was identified as a close contact and decided to get a test. While at Student Health Services, she got the results: she had contracted COVID-19.

Elon University reported 189 cases in the week ending Aug. 29, up from 23 the week before. An email from Vice President for Student Life Jon Dooley Aug. 29 informed students of the uptick in cases. University physician Dr. Ginette Archinal said the increase doesn’t surprise her.

“There is always an increase in respiratory disease in the first month after students return to campus,” Archinal said. “It’s because people don’t watch their behavior. They share drinks. They have friends they haven’t seen in forever, they hang out with people they haven’t seen in forever. They go to class when they’re sick without wearing a mask.”

Going into the fall semester, the university kept the indoor mask optional policy in place since March and continued to require vaccinations for all students. An email from Dooley sent on July 28 recommended students take at-home tests before returning to campus but stopped short of requiring it. Archinal said this is because the guidance has not changed.

“At this point, based on where COVID is now, there is no rationale to wear masks in the classroom,” Archinal said. “But at any time, it is optional. People are always if they want to wear one they can and certainly, if somebody is feeling sick, doesn’t matter what you’ve got going on. Wear a mask and have respect for each other.”

Dooley’s Aug. 29 email recommends that students, faculty and staff carry a mask at all times and consider wearing masks indoors and in crowded areas.

The university’s COVID-19 dashboard updates every Tuesday by 4 p.m. with data from the previous week. Had Jacobs known about the increase in cases earlier, she said, she may have been more careful.

“I would’ve been a little more hesitant to be as close to people as I was. Even just sitting in as close proximity that I was or some of the activities we’ve been doing in classes, where that involves touching,” Jacobs said. “I probably would have been a little more cautious. Definitely had a mask on hand for sure.”

University spokesman Owen Covington wrote in a statement to Elon News Network that the decision to update the dashboard less frequently than it was earlier in the pandemic was “representative of the move away from a crisis phase toward a mitigation and management phase.” The state of North Carolina, Covington wrote, also moved to a weekly count.

Since the dashboard is only updated once a week, it stated on Aug. 29 that the Centers for Disease Control and Prevention identified Alamance County had medium spread. It did not reflect the CDC’s Aug. 25 update, raising the county to high community spread.

Elon offers both symptomatic and asymptomatic testing through Student Health Services, but with at-home antigen tests now widely available, the university isn’t automatically aware of all cases. Archinal said this could contribute to under-counting cases, but said that would not be unique.

“The entire nation, the entire world, is under counting positive cases, and has been for as long as at home tests have been available,” Archinal said.

Sophomore Ciara Bradley tested positive with an at-home test on Aug. 28 and reported her case to quarantine support. Bradley said she thinks the issue isn’t that students won’t report a positive test, but that they won’t test at all. As the severity of symptoms lessened with variants, she said, she thinks many people aren’t taking the virus seriously anymore.

“A lot of people are in the mindset where it’s like, ‘It’s your choice to test and if you don’t test then you’re not positive,’” Bradley said. “I think that’s just honestly causing the problem of it spreading more.”

Archinal said it’s important to remind people that COVID is still around.

“Because people are vaccinated, the risk of severe disease is so, so low in any of our students. That makes a huge difference, but it doesn’t mean we ignore COVID,” Archinal said.