William ‘Buster’ Butler died at the age of 98 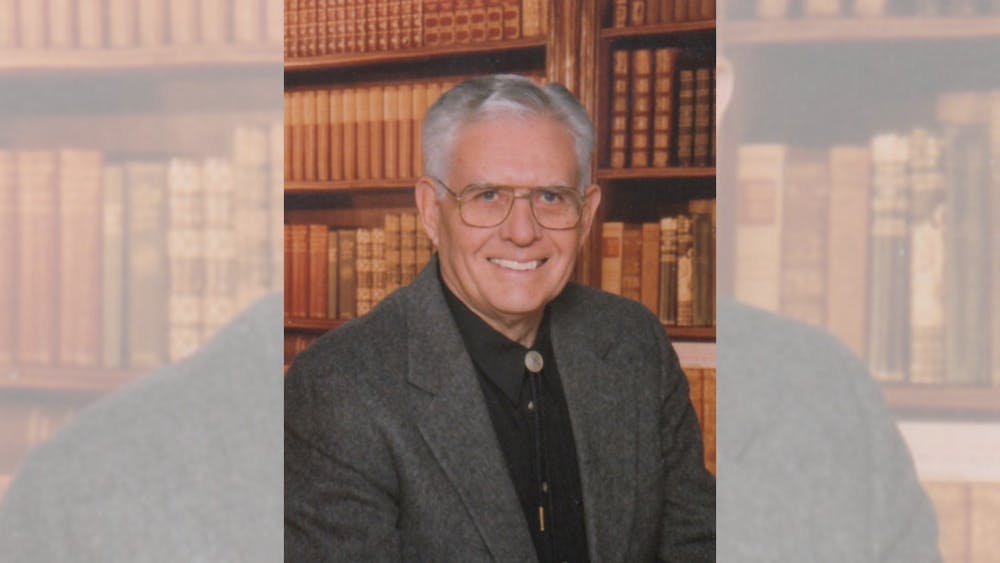 Beginning with student employment, Butler worked as a student assistant in the business office and as a waiter in the dining hall, and graduated in 1944. He was a member of Kappa Psi Nu fraternity and was student body president his senior year.

After completing his graduate studies in business and finance at University of North Carolina at Chapel Hill, Butler returned to Elon in 1946 to serve as business manager and treasurer, two roles he would stay in for 36 years before retiring.

In addition to his time at Elon, Butler also commissioned to the Navy Reserve, where he was assigned as communications officer, gunnery officer and ships supply chief censor on the USS-LSM-276 in the Asiatic Theater. He remained in the role until the end of World War II. He also achieved the rank of lieutenant and served for 14 years after the war.

Memorials can be made out to Elon Community Church, the William E. “Buster” Butler Junior ‘44 and Mary Griffin Butler ‘49 scholarship fund at Elon University or a charity of one’s choice, according to Butler’s obituary.