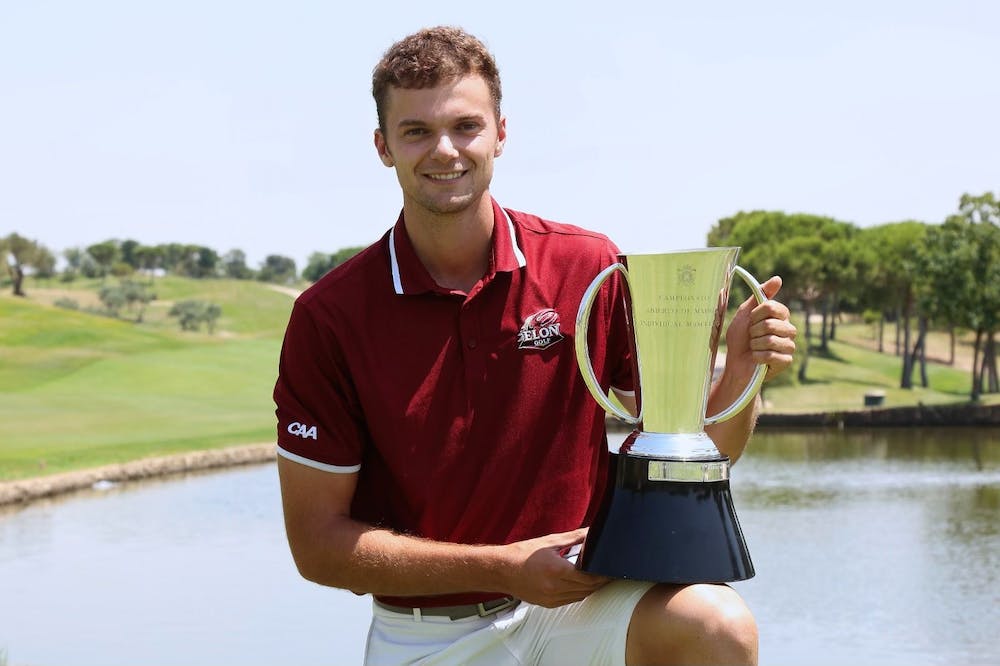 Elon University golfer and Madrid native Juan Callejo Ropero felt nervous as he played the final day of last weekend’s Madrid Amateur Men’s Championship. Winless since 2019, Callejo Ropero made a birdie on the final hole securing a two-shot victory in his home tournament.

Callejo Ropero, who has dealt with wrist injuries over the last three years that kept him away from the game, said the tournament will serve as a confidence booster going forward.

“It made me believe in myself because these past years were a bit tough,” Callejo Ropero said. “Now, I just trust in my game and I don't care about technique stuff or other stuff that can make you not focus on the game. Winning just gives me more confidence to come to America and play much better.”

Callejo Ropero played in two tournaments before the Madrid Amateur, finishing third and sixth. Despite fading on the final day of both events, Callejo Ropero said those performances left him hopeful leading into the tournament in Madrid, which is played on a course he has practiced at several times.

“I knew that course and I was playing good, I just had to focus on every shot,” Callejo Ropero said. “I proved to myself that I could win any tournament.”

For Callejo Ropero, his golfing has improved due to recent improvements in his mental approach. He credits the changes in his attitude to books he has read about sports and golf psychology that have helped him to not fixate on mistakes he makes on the course.

“These past weeks, after doing all that mental work, I've been able to accept those bad things that are gonna happen on the golf course and just keep trying and focusing on every shot and my routine that makes good results happen because I have the talent,” Callejo Ropero said.

The Madrid Amateur was Callejo Ropero’s final tournament in Spain this summer, as he will return to Elon in August to start preparing for his sophomore season on the men’s golf team. He said he is excited to rejoin the team and continue growing as a player.

“I just expect to improve from this past season, because we were all very young players and we're getting a lot of experience really quick.” Callejo Ropero said. “So we're just going to grow as a team a lot and we're going to be able to achieve results and fight for every tournament.”