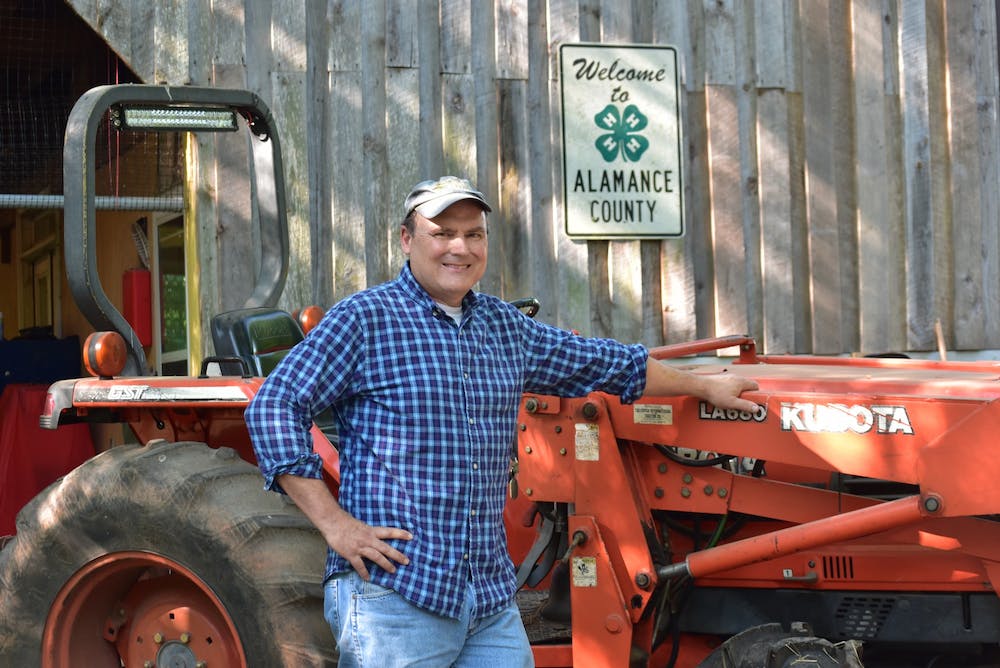 Ron Osbourne (D) is running for NC House of Representatives District 64 in the general election this fall.

Ron Osborne (D) always considered himself a behind-the-scenes person when it comes to politics — from assisting with campaigns, to attending hearings and voting in elections. But come this fall, he’ll be in a different position when he sees his name on the election ballot.

The first-time candidate will run against incumbent Dennis Riddell (R) for NC House of Representative representing District 64 in the November general election. But what makes Osborne different in this race, he said, is not necessarily the fact that it’s his first election, but rather that he’s representing more than one political stance.

“From a fiscal standpoint, I'm pretty conservative. From a social standpoint, I'm liberal. To me, that's a nice combination,” Osborne said. “We need to be forward looking and make sure everybody has a seat at the table, regardless of your background.”

Before declaring his spot in the race, he spent 35 years with Duke Energy and retired in 2019 as the Emergency Preparedness Manager for the Carolinas. He’s now running his homestead farm in Alamance County, working with Quaker House Fayetteville and, most importantly to him, spending time with his family.

His campaign tackles Medicaid expansion, rural broadband issues and the need for funding in education and sustainable energy. He's fighting for fair maps, too — an issue he’s been advocating for since his involvement in speaking in front of the North Carolina General Assembly Committee on Redistricting last fall.

Osborne also recognizes Second Amendment rights in his campaign. As a gun owner, he believes that “personal freedom and personal responsibility go hand-in-hand,” but that also comes with universal background checks, red flag laws, mandatory waiting periods and other reasonable measures to handle gun safety in the U.S.

Each of his values and issues acknowledges his life growing up in North Carolina — a southern Guilford County native, who grew up on a dirt road spending summers priming tobacco and winters splitting firewood. His background may not be the same as other residents, but that doesn’t matter, Osborne said.

“I have an appreciation for what it's like to live out where you've got to fend for yourself,” Osborne said. “If we could realize that we have so much more in common than we have differences and work for that commonality, it would be  a much better world.”

This fall, Osborne hopes voters consider the future generations today. He said he wants this election to lead to a better, cleaner future, even when it’s unclear what it will look like.

“They're the ones who are going to have to live in this warmer, more stormy world,” Osborne said. “We shouldn't do nothing because we can't do everything,” Osborne said.”

As he prepares for the upcoming election, Osborne is making it a point to meet other North Carolina politicians, business owners and, most importantly, residents. Osborne said he didn’t file for NC House District 64 until the morning of the deadline, but something called for him to move out from behind-the-scenes in this year’s election.

“I run because I feel led to,” he said. “Sometimes you do things that maybe you don't necessarily want to do, but there's a need.”