Campaigning for NC House of Representatives District 64: Dennis Riddell hopes to address the high tax rate and run away spending

Riddell is a Republican and one of two candidates in their race vying for votes in Alamance County’s general elections on Nov. 8 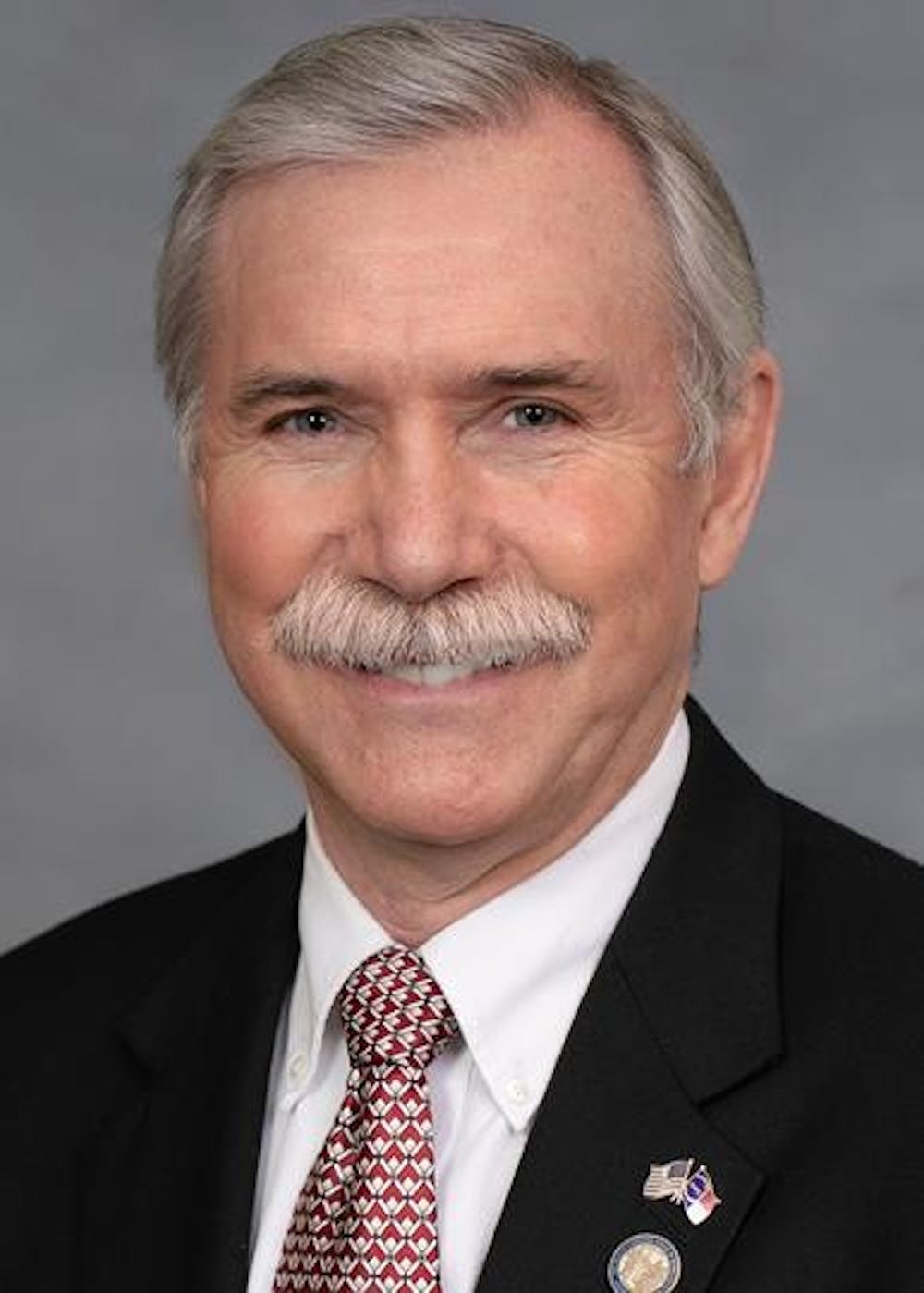 Dennis Riddell (R) is running for NC House of Representatives District 64 in the general election this fall.

Dennis Riddell decided in 2012 to run for the North Carolina House of Representatives because as a father and a North Carolina resident, he said he was concerned for the direction the state was headed. Since then, Riddell has served in the state legislature and said one of the most important things he has done is helped maintain a balanced budget while reducing taxes.

This is in line with what Riddell said was one of his biggest concerns for the state — North Carolina’s high tax rate and spending.

As a part of his fiscal policy, Riddell said he implements evidence-based spending as a measure to spend less and spend more effectively. Riddell said this method of spending was created by the Pew Foundation and is something he believes in.

“It’s trying to implement a more analysis, data analytics, evidence-based process upon which to build a budget instead of giving money to a program because we've done it for the last umteen years,” Riddell said. “Trying to have a way of measuring whether or not that actual program is hitting the target, and if it's not, does it need to be fine tuned, more focused, or is it just really a bad idea and can that money be used better elsewhere.”

In reference to the mass school shooting in Uvalde, Texas, Riddell said he was moved, as was any person with a heart. He also said because he and his family live in a rural area, he would not feel safe without knowing he had protected access to a firearm. He said these factors combined have led him to his platform of focusing on what — besides access to a firearm — leads to mass shootings, and what mass shooters have in common.

“Most of them seem to be young white men who come from a dysfunctional family where there is no solid or consistent parental influence,” Riddell said. “Our families are really your basic unit of government. In your family, you learn to share, you learn to be patient. … And I think if we focused on that, as much as we have, say, the opioid crisis, I think we would find solutions where they've always been, which is to keep our families intact, healthy, safe, environment in which children can grow up.”

As Riddell runs for his sixth consecutive term, he said he believes his biggest concern of reducing spending and the national debt is a bipartisan problem. Through his time in office, Riddell feels he has been working to help improve North Carolina’s economy, and he hopes to have the opportunity to continue doing so.

“Being able to have represented Alamance County, part of Alamance County, for what will be 10 years now in the legislature has been one of the best opportunities I've had in this life,” Riddell said. “It has been a rare privilege to be down there. In these 10 years, we've changed North Carolina's economy. When I got there, we were barely scratching along, making ends meet. We reduced taxes, we reduced regulations. We got North Carolina's economy moving again.”