During its July 7 meeting, Alamance County Democratic Party heard from several democratic candidates up for election in November 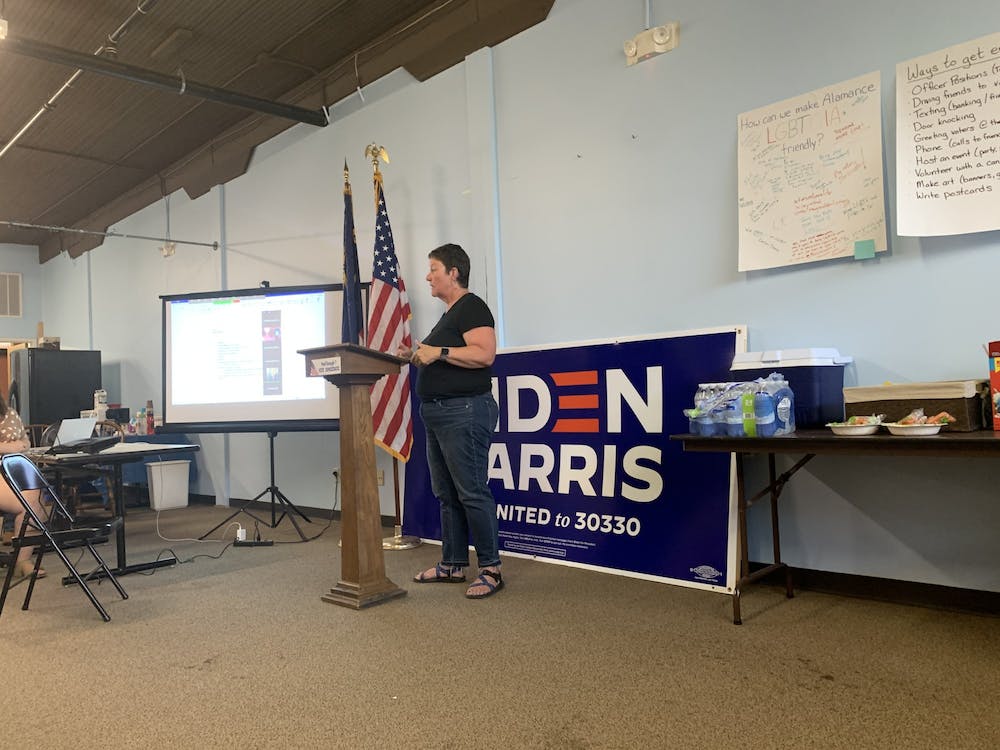 Beth Kennett, first vice chair of Alamance County Democratic Party opened the July 7 meeting with a call to action. The general election is Nov. 8 and Kennett said the party has a lot of work to do before then and believes party members must work together in order to get the candidates they want into office.

ACDP meets monthly and during tonight's meeting, it it heard from several candidates running in the general election, approved its slate of candidates and elected a new secretary.

Five candidates were in attendance tonight, who each shared one aspect with the party they deemed most important.

“You do have a sensible, practical person who's running for school board and is really trying to make this about our kids, about our teachers and about the safe, inclusive learning environment where the focus is on teaching and learning,” Rogers said.

“If anybody looks at our campaign report, it's getting ready to be submitted, they probably laugh at it because it is a small budget,” Osborne said. “But we're stretching it, pretty far as we go but if you donated or you talked to other people into seeing a way to do that, that would be much appreciated.”

Sean Ewing, running for the North Carolina State Senate representing District 25, said in order for himself and other democratic candidates to win, the party has to be cohesive. Ewing said while campaigning they need to stick together in order to mobilize voters and knock on as many doors as possible.

Kelly White, running for Alamance County Sheriff said he has encountered people who are afraid to support him, because of fear towards the current sheriff. White said electing him as sheriff is how to get rid of his competitors' power and that he is not afraid of the election ahead of him.

“If we get out there and we vote, November the eighth, if you take his power away, what do you have?” White said. “Then the fears in the folks in this county will go away. He's a regular citizen, just like everybody else he’s using his office for intimidation and fear.”

Kennett also motioned to elect Edith Montoyo, an Alamance County native, as the new secretary for the ACDP. No other candidates were nominated and Montoyo was elected. She currently serves as the Second Vice President of the Hispanic American Caucus of Alamance County and said she hopes to get more of the Hispanic community involved in politics.

ACDP’s next meeting is Aug. 4 at 7 p.m. at the Alamance County Democratic headquarters.