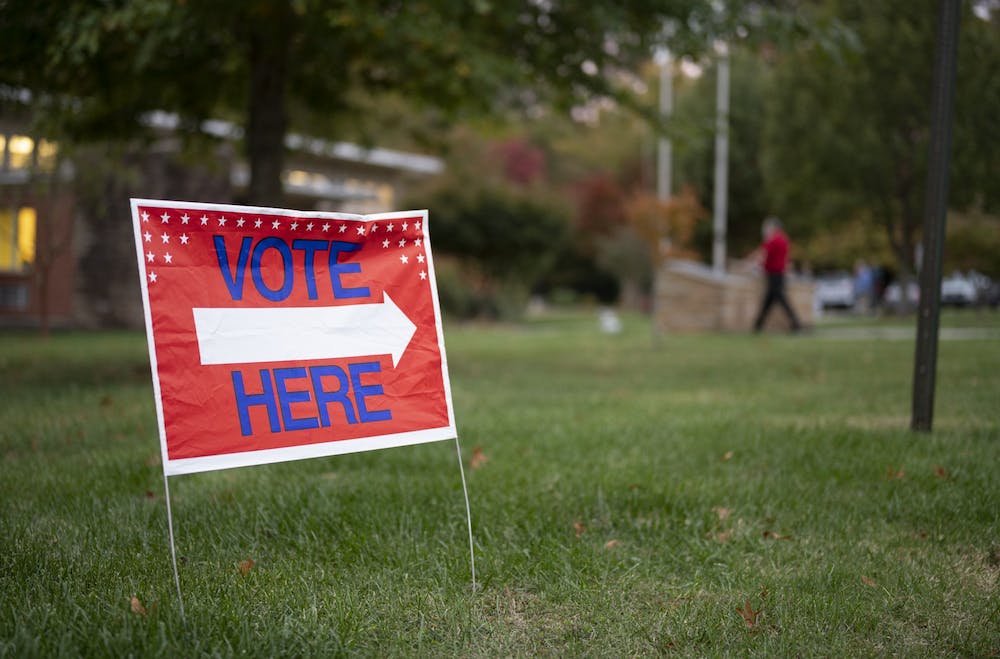 
Voting sign at an Alamance County polling location on Nov. 2, 2021.

Updated as of June 24 at 6:07 p.m. to include comment from North Carolina District 64 representative Dennis Riddell.

The U.S. Supreme Court released a key decision today in the ongoing fight over North Carolina voting laws, ruling 8-1 that leaders of the state’s Republican legislature can defend a photo identification law in court.

The court’s ruling did not discuss the merits of having photo ID laws. Justice Neil Gorsuch, who wrote the majority opinion, based this decision on the right of partisan state governments to represent themselves in court.

“Looking at the results of an 8-1 decision makes you think that this really was a good petition that the North Carolina General Assembly was pursuing to try to make sure we had a voice because it's the law we passed that we thought was not being adequately defended,” Riddell said.

He said the decision allows those defending North Carolina voter ID laws to be a part of the defense.

The voting law in question is not currently in effect and has been challenged in both state and federal court.

In 2018, North Carolina voters approved an amendment to the state constitution requiring a photo ID to vote in person at the polls. Examples of an ID include a driver’s license, passport or certain student or local government identifications.

When the Republican-controlled legislature passed a law that year to specify how the provision would work, it was vetoed by North Carolina’s democratic governor, Roy Cooper. Lawmakers overrode his veto to pass the law.

The North Carolina NAACP subsequently sued and argued the law discriminated against Black and Latino voters and violated the Fourteenth and Fifteenth amendments.

Republican lawmakers said the intent of the bill was election security and not discrimination.

Riddell said voter identification is a valid, secure way to make sure that elections are fair. He said cheating and betraying the integrity of the election by either party serves no good purpose and makes everyone lose.

“You think of all of the various things we do in our day-to-day life that require an ID, and we think nothing of it,” Riddell said. “I think election integrity and voter ID provides you just another layer of assurance to people that are making it easy for you to vote if you're who you say you are, and difficult for anybody to cheat. Doesn’t matter whether it's Republican or Democrat.“

Riddell does not think this decision will have any effect on the November general election.