In the wake of the COVID-19 pandemic, prices and interest rates leave those searching for homes at disadvantage 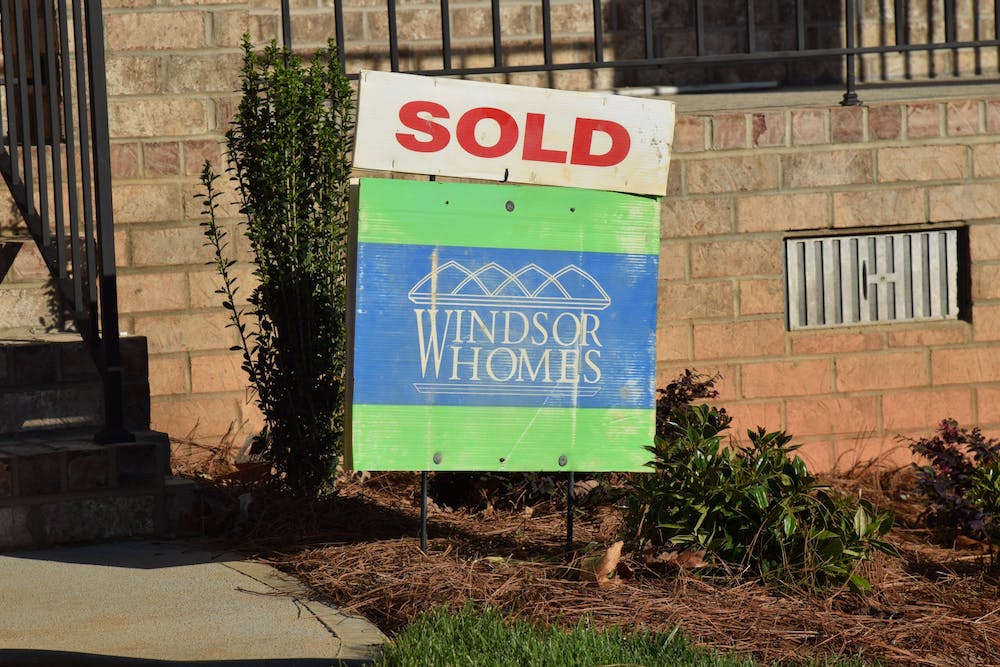 Photo by Kyra O'Connor | Elon News Network
Average price of typical U.S. home over the last 10 years, leaving many home buyers at the mercy of the market and forced to adjust.

For two months, Elon University instructor in cinema and television arts Joshua Troxler and his wife have spent several hours each day searching for affordable apartments in New York City — where Troxler, his wife and his eight-month-old son plan to move on May 31.

“I want to know that we’re all going to have a place to live,” Troxler said.

In the wake of the COVID-19 pandemic, the real estate market has reached uncharted extremes. In part due to the high demand for housing and low supply of houses, as well as record-shattering value appreciation, people across the U.S. are struggling to find and pay for homes.

According to Norada Real Estate Investments, the residential housing market gained nearly $7 trillion in value in 2021 — only to be overshadowed by a $43.4 trillion increase as of April 21.

In tandem with the price of homes increasing, local realtor and alumnus Alex Nickodem ‘09 said there are 60 to 70% fewer homes for sale now in the Raleigh, Durham and Chapel Hill areas than before the pandemic.

“Buyers only have so many houses to pick from, and when they find one they like, they offer all that much more,” Nickodem said.

The current value for the average home in the U.S. is $331,533, compared to $275,000 in February 2021. In the South, the median price for homes was $339,000 as of April 1 — a 21.1% increase from one year prior. The South also experienced the highest price appreciation when compared to other regions for the sixth month straight, according to Norada Real Estate Investments.

Nickodem said he works most often with first-time home buyers, and both the increase in prices and limited supply has caused a great deal of stress between home buyers, investors and national corporations.

“The folks I’m working with, they just don’t have that type of money,” Nickodem said. “So we have to get creative. … It’s tough. Certainly money helps, but what helps even more is being realistic, being flexible and being proactive.”

In his experience with renting, Troxler said most places in New York City want renters to make at least 40 times the amount of annual rent in income. For example, Troxler said he and his wife put down a bid for a $2,600 apartment, and not two hours later, someone else put down a bid of $3,200.

“We can’t do that. We just can’t. That’s impossible for us,” Troxler said. “We lost the apartment.”

As of April 24, Troxler said he and his family got approved for an apartment, but he is skeptical because he has been inquiring on the next steps to seal the deal and has not heard anything back.

Nickodem, now 35, bought his first townhome with his wife when he was 30 years old back in 2017. After selling the townhome and moving into a house just a couple months before the pandemic began, Nickodem said he doesn’t think that he’d be able to afford the same housing if he had tried to buy in today’s market.

One of the most challenging parts of the apartment search for Troxler has been getting his foot in the door and proving to a landlord that he would be a reliable tenant.

“What happens in the thick of an apartment search is you’re trying to gather every little ounce of proof that you are a person who has a steady income,” Troxler said. “You’re also having to account for the fact that the pandemic, everyone was hurting. … Landlords don’t care about that. They don’t care if you had a hard time during the pandemic, they still want to know that you’re gonna make 40 times the annual rent.”

After various rejections, Troxler said it was very easy to feel frustrated.

“It’s a tough sell,” Troxler said. “It feels personal. It feels like when you get a rejection, it’s like it’s because you are not making enough money for them.”

Troxler also said he feels a lot of his troubles came from not being able to physically go to apartment tours, as he’s multiple states away from where he is looking to live. Troxler said, from his past experience, it can speed up and further secure the process to show up the day of a tour and place a down payment.

Alumnus Jack Taylor ‘21 moved out to the Upper East Side of Manhattan in March and also said being able to physically look at options made the process relatively easy and simple.

Taylor estimated that while he looked at hundreds of different options online, it took him and his roommate about 10 different apartment tours to find a suitable fit.

“It was just a lot of coordination and took some decent organization and really applying yourself in that moment — sitting down and assessing everything,” Taylor said. “A lot of realtors and a lot of landlords were spiking up prices, a lot of them were changing how they were running things, or really adjusting, so we had to learn as well. It was a learning curve. Stressful for sure, but looking back I think we did the best we could.”

Although Taylor would always appreciate lower rent, he said he wasn’t shocked by the current prices because he began his apartment search after the prices had already gone up — he was not exposed to anything cheaper.

Troxler, however, is very conscious of rising prices and said that if he were to re-lease his current apartment in August, he would be paying about $200 more each month compared to his current rent price.

DiRienzo and Nickodem both said they think the current housing market trends are here to stay for the foreseeable future, especially for first-time home buyers and young adults graduating college.

“Not only is it more expensive, are interest rates rising and the mortgage costs and the rental — all that’s being pushed up,” DiRienzo said. “With the costs to get gas, the cost to go to the grocery store, all that is putting this further squeezing … that young group that’s trying to get into the housing market for the first time and is presenting some real challenges, and I don’t see it changing for some time.”

With both Charlotte and Raleigh in the top five hottest housing markets for 2022, according to Norada Real Estate Investment, DiRienzo and Nickodem recommend that young adults thinking about buying or renting homes in the near future begin to save now and prepare themselves to be flexible with location and product when navigating the housing market.

“Those folks who have a house, people are knocking on their doors and offering them money for their homes or putting letters in their mailbox — and for significantly over what they would think their home is worth,” DiRienzo said. “But what they always say, and what I hear so often is, ‘Yes, but where am I going to go? I can sell my home for a lot, but I have no place to go.’ So that I see is going to be an issue for some time because the demand has just so far outpaced supply.”

Troxler also said he experienced the competitiveness of the housing market during his search for a new apartment.

“Money’s not a problem for us,” Troxler said. “But when somebody’s offering double the amount of rent just to have a place, it puts a lot of people at a disadvantage.”

When it comes to investors and corporations purchasing real estate, Elon economics professor Casey DiRienzo said they are more likely to offer large sums of money upfront — which is very appealing to sellers.

Both Nickodem and DiRienzo said the biggest point of stress for first-time home buyers would be the competition with investors and national corporations. DiRienzo also estimated that one in every four or five homes are being purchased by investors.

“If we have a house that becomes available that is affordable housing, those new homebuyers that have saved up enough for a down payment are competing with people who are paying cash and that obviously are able to offer significantly over asking, which makes it really challenging,” DiRienzo said. “It’s not a level playing field.”

In a recent instance, Nickodem said he had a client put an offer on a house that ended up having 39 other offers and sold for 43% over its original asking price.