The club has grown since it began in 2020, but its biggest milestone yet is being fully recognized on campus 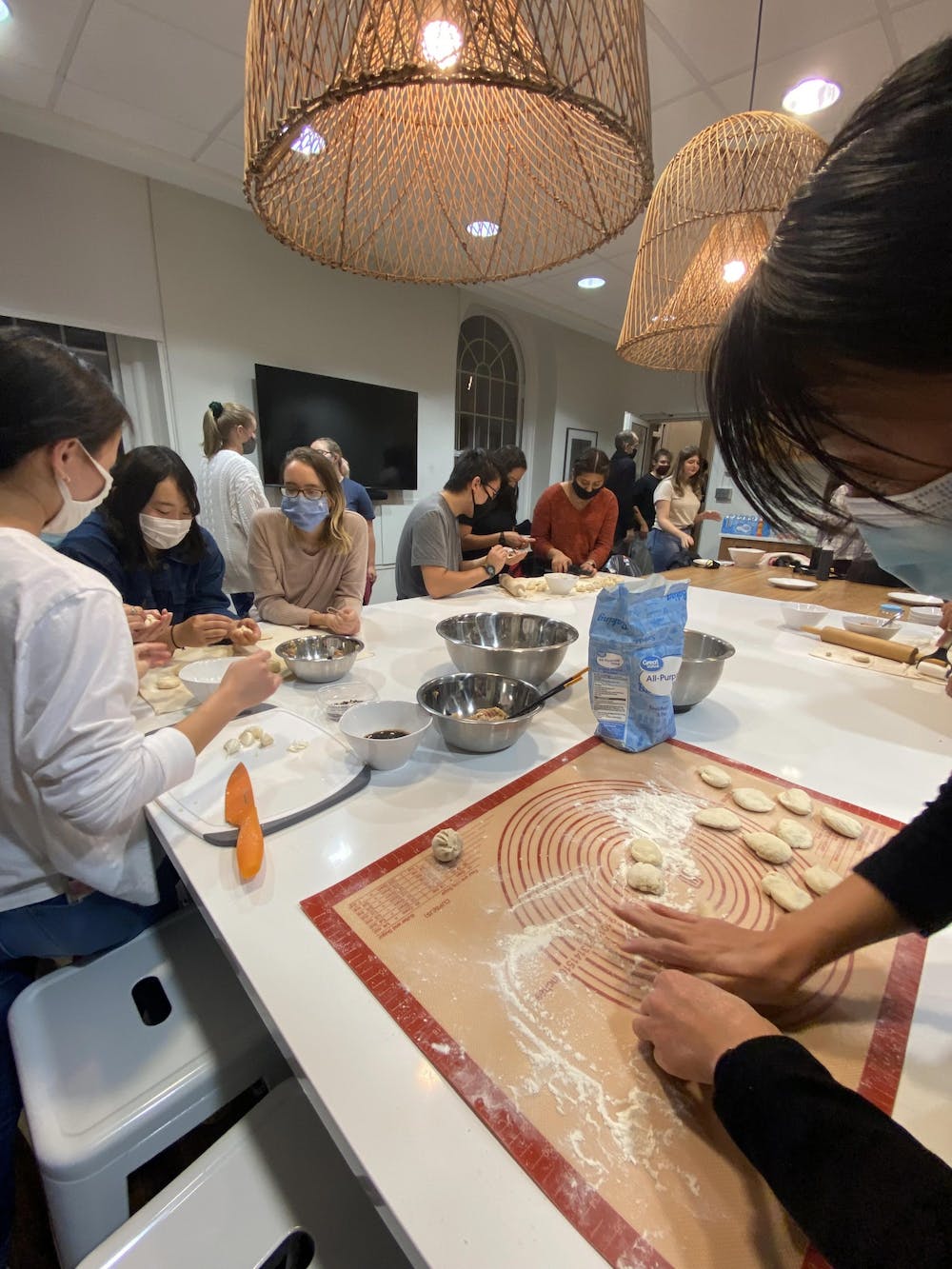 Correction: A previous photo for this article featured a caption that was inaccurate. The photo and caption have been updated to include correct details about the event photographed. Elon News Network regrets this error.

Two rejections and two years of waiting is what the Chinese club at Elon University has been through. From the first and second club proposals rejected in 2017 and 2018, to finally getting accepted with a provisional club status in 2020, the club has been through a lot.

But after two years of waiting, the organization finally became fully recognized this spring semester.

A member since the beginning, Chinese lecturer and faculty adviser of the club Binnan Gao said she was happy to see the club reach full recognition, especially since she was there from the very beginning — Gao came to Elon in 2014 but she didn’t work with students to propose the club until 2017 when it was rejected that year and the year after. Gao said the rejections had to do with an unclear club proposal, but when 2020 came along, she helped new students draft a new one.

“I always felt the student’s enthusiasm in Chinese culture,” Gao said. “When I learned about this from the email, we were thrilled. It’s a milestone achievement for us to know we’re extending it and working with other clubs and student organizations.”

The club was on provisional status for two years, meaning that it could function as a student organization and advertise as a group. The club’s move to full recognition deems that the Student Life Committee or SGA approves of the organization’s overall membership.

Since its actual inception in 2020, the Chinese club was created to serve as a resource for students interested in Chinese language and culture. It also provides opportunities to learn more about China’s study abroad program and celebrate holidays and events such as the Mid-Autumn Festival and Lunar New Year.

President and junior Hannah Chaput said this recognition is what members have been waiting for, and Elon’s Student Life Committee finally confirming it shows the curiosity and excitement students at Elon have about Chinese culture.

“We’re all very passionate about traveling to China, potentially, and learning more about the culture and the holidays and celebrating them,” Chaput said.

Chaput was part of the club’s fruition, and she said she watched the club immediately become successful when it started in 2020. Despite beginning during the pandemic with only remote events, the club now has around 40 students that meet regularly. The membership has only grown since in-person meetings began, according to Chaput.

Though Chaput is happy with the number of committed members and the growth of the club, Chaput faced some roadblocks before getting to where it is today.

“Our biggest challenge has been having the encouragement to keep going. … It was difficult when we made the transition from having strictly, exclusively Zoom events to finally doing things in person,” Chaput said. “We had a lot to think about. That took a lot of leadership and hands-on collaboration and everything, but we’ve learned to work through it.”

The return of in-person meetings has also allowed them to collaborate with other clubs on campus, such as the Asian Pacific Student Association and Anime club. As the vice president of Chinese club, sophomore Jasper Myers said she enjoys connecting with other groups and centers on campus.

Myers was also present when the club was getting its feet off the ground. She said she has watched the group turn into a space that not only recognizes Chinese culture, but also allows everyone to be themselves.

“Chinese club is so great because we’re all in the same space for one common reason, which is that, at some point or another, our lives have been touched by this place, by these people and by this culture,” Myers said.

Chaput said although the Chinese population on campus is small, this club continues to spread awareness about the culture, especially now that it is considered official at Elon University.

“Seeing the growth that we’ve gone through the past two years is just so special and immensely important,” Chaput said. “Not only because we were able to bring this idea to life, but we’ve also transitioned from being a fun club where you come to these fun events. It’s become much more than that. It’s become a DEI initiative we’ve taken on this campus because the population of Asian students on Elon’s campus is very minuscule.”