Campaigning for US Senate: David Flaherty 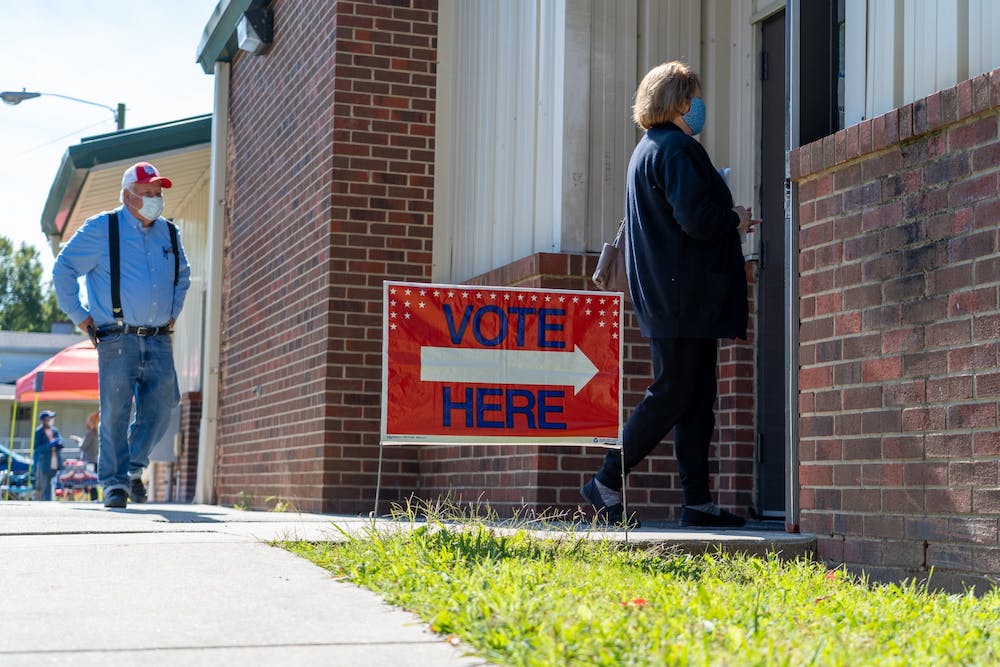 
Signs leading into the early voting polls at the Elmira Community Center in Burlington, North Carolina on Saturday Oct. 17, 2020.

David Flaherty is a Republican running for the U.S. Senate with the principles of less government and more individual freedom.

In 1988, Flaherty was elected to the North Carolina House by one vote and he served three terms. He later was a district attorney for North Carolina’s 25th district for 8 years.

According to his website, Flaherty believes that politicians should run to be public servants, rather than promote their own self interests. Flaherty promises to promote North Carolina’s best interests, uphold the constitution, to help citizens feel safe in their homes and businesses and to stop the wasteful spending of Congress.

Flaherty was unavailable for an interview and more information can be found on his campaign website https://www.dflaherty4senate.org/.