Campaigning for US Senate: Drew Bulecza hopes to address corruption within Congress and appeal to everyday Americans 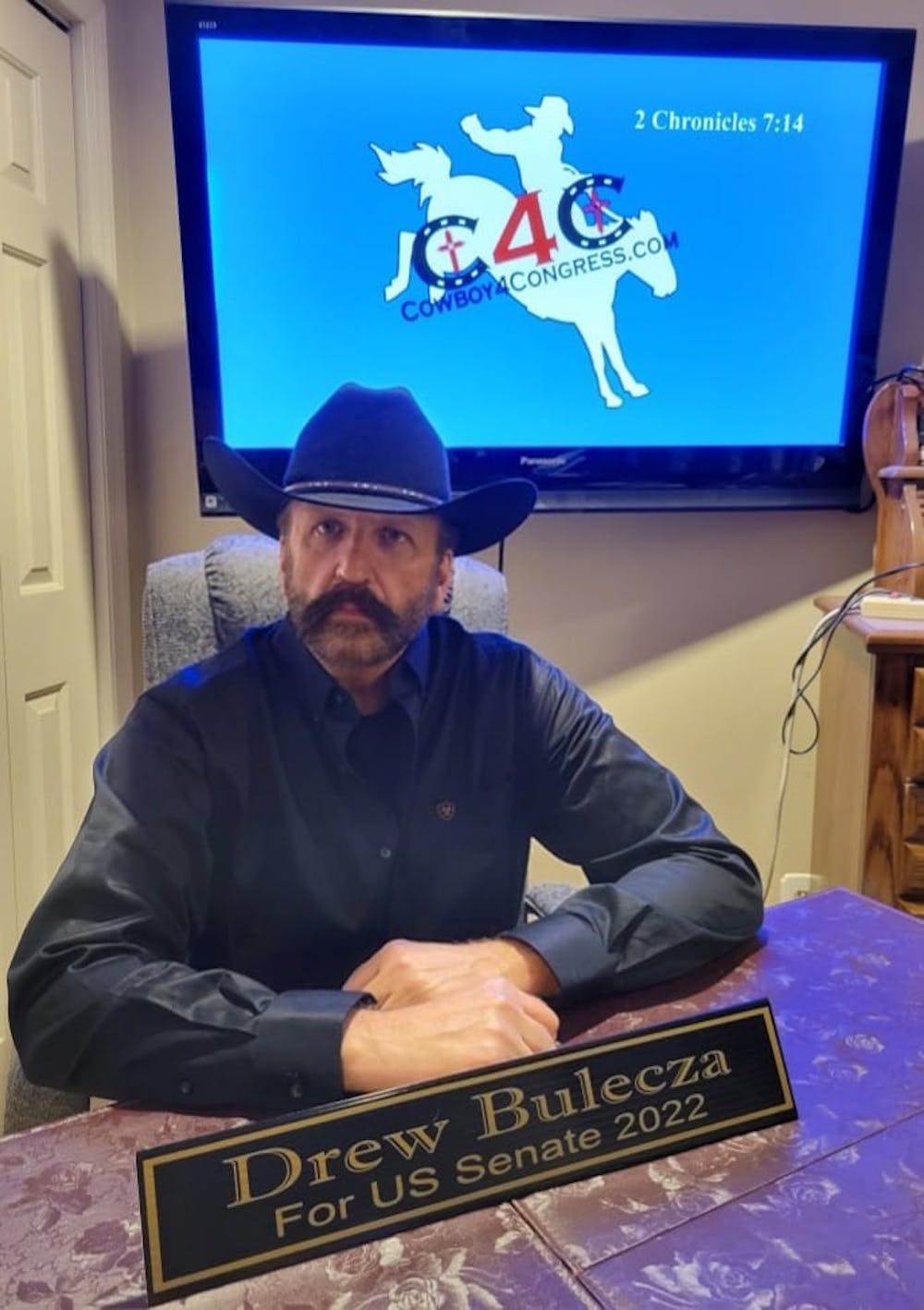 Drew Bulecza is a republican running for the U.S. Senate.

Drew Bulecza is running as a Republican for the U.S. Senate because he said he is completely disgusted with the corruption he believes has long plagued the American government.

“I'm not a politician, nor do I care to be, but I'm one of those people that if you don't put up, shut up,” Bulecza said. “When I first started doing this, I was trying to get people to read the first section of the Declaration of Independence where it says if the government's not working for the people or becomes a danger to people, it's our responsibility to remove it and replace it with one that does.”

Bulecza said he appeals to regular people, as they are able to relate to him more than they are to the average politician. As a small business owner, Bulecza said he relates to voters more than other more typical politicians. His campaign website even includes information on his business, in order to combine his jobs.

“In fact, I just got a reporter that I sold some gun parts to call me up and asked if he could do an interview,” Bulecza said. “He says, ‘Drew I didn't even realize you're running for Congress, that’s great.’”

If elected, Bulecza said he will advocate to reduce the amount of regulatory agencies and return to a smaller form of central government. He outlined that he wants to go back to the original departments within the federal government.

“Our founding fathers set down as a blueprint and not all these other agencies that create regulations for everything,” Bulceza. “First thing that President Trump tried to do was cut some of these regulations so that we could go back to a free market economy, which is really what made America so great.”

Another one of his platforms is restricting immigration, and he hopes to finish the work that Trump planned to do in building a wall on the U.S.-Mexico border.

“What President Trump did with the wall, a lot of people call him racist and all that stuff, and people asked me about it, and I tell them to shut down the border immediately,” Bulecza said.

Bulecza feels one of the most important things is for him to represent the people within North Carolina.

“You can't represent every person because everybody's got a different opinion,” Bulecza said. “But I've also said publicly, if I don't represent more than half the people, I don't need to be there. No politician needs to be there. That's the way our country is set up.”