Campaigning for US House of Representatives: Stephen Valentine hopes to address the job market, healthcare and taxes 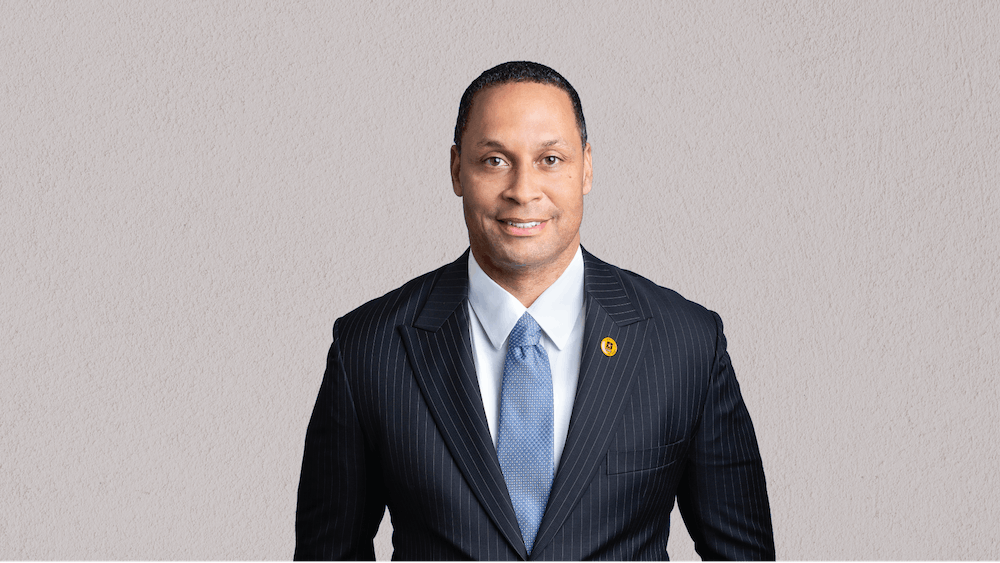 Stephen Valentine describes himself as a veteran, social worker and educator. The New Jersey native, who has lived in Durham County since 2005, has held many roles in his life, but he hopes to soon add representative for North Carolina’s 4th Congressional District.

Running in the 2022 primary election, Valentine will fight as a Democratic representative and he said he is running for one reason: to serve.

Valentine currently serves as the director of the Veterans Law Clinic at North Carolina Central University and is also a full-time assistant professor at the school. Although he’s a first time candidate, Valentine said he’s been active in Democratic party fundraising in Durham County for the past couple of years in previous elections.

His background includes being a veteran of Operation Iraqi Freedom and Operation Enduring Freedom, and he is also a retired U.S. Army Reserve Officer. He was part of the Presidential Management Fellow Program with the U.S. State Department, where he gained foreign policy experience working under the Barack Obama presidency.

Since beginning his campaign, Valentine said one of the main challenges he’s run into is fundraising — 100% of his donors are at the grassroot level, with none of his finances coming from corporate sources. Working from the bottom up, Valentine makes it clear that he is part of the working class in this election, and he’s hoping people recognize that in his campaign.

Some of the issues he plans to address include voting, unions, taxes, education and healthcare. Although there are a number of issues he plans to conquer, the biggest one part of his campaign is jobs and incomes in North Carolina.

“I think everyone in our society who's able to work shouldn't be denied an opportunity to work,” Valentine said. “Our government has grappled with jobs for all with regards to legislation, for complete employment acts, going back to the 1970s. I think we need to take a closer look at that to allow people to have a job, a right to a job, and then also to have one at a living wage.”

Stephen said his family’s history of service and his personal experience with foreign policy will help reach a larger voter audience during elections — from his service in the army and later taking care of veterans, to also being a social worker and educator today.

As he tries to access a bigger campaign audience, he also hopes to also let people in North Carolina know that one major part of the initiatives he plans on tackling is keeping social security programs for many Americans.

“Social Security has kept millions of American citizens in their old age out of poverty. … I think it's the most successful program in the history of our nation with regards to legislation dating back to 1935,” Valentine said. “I'm going to fight with everything within me to make sure that we preserve that program for future generations of North Carolinians.”

As for appealing to the younger generation, Valentine has worked closely with students in North Carolina, engaging in conversation with them about advocacy, policy, democracy, voting and their fears for the future. He said what makes him different from other candidates, and why college students should consider voting for him, is because he doesn’t plan on taking over the political world.

“Our politics, largely, that allows for generations of incumbency is really not good for our democracy. Unlike other people who are in this race, I don't have intentions of being in Washington, D.C., for 30 years. None at all,” Valentine said. “I'm actually the only candidate in this race who's making a promise to his voters that he's not going to stay in there for very long, so that he can pass the torch to the younger generation.”

Since the start of his election, Valentine said he’s been able to meet many North Carolinans and hear many of their concerns, and he’s hoping to take those and solve them if elected to Congress.

“What has been rewarding is the opportunity to meet a lot of people and hear what their concerns are — some with respect to fears, having fears about what the future looks like,” Valentine said. “But also talking to young people and knowing that our future is going to be in good hands, has been very rewarding.”