Campaigning for US Senate: Jen Banwart hopes to address campaign finance, pass a federal budget on time and defend the Constitution 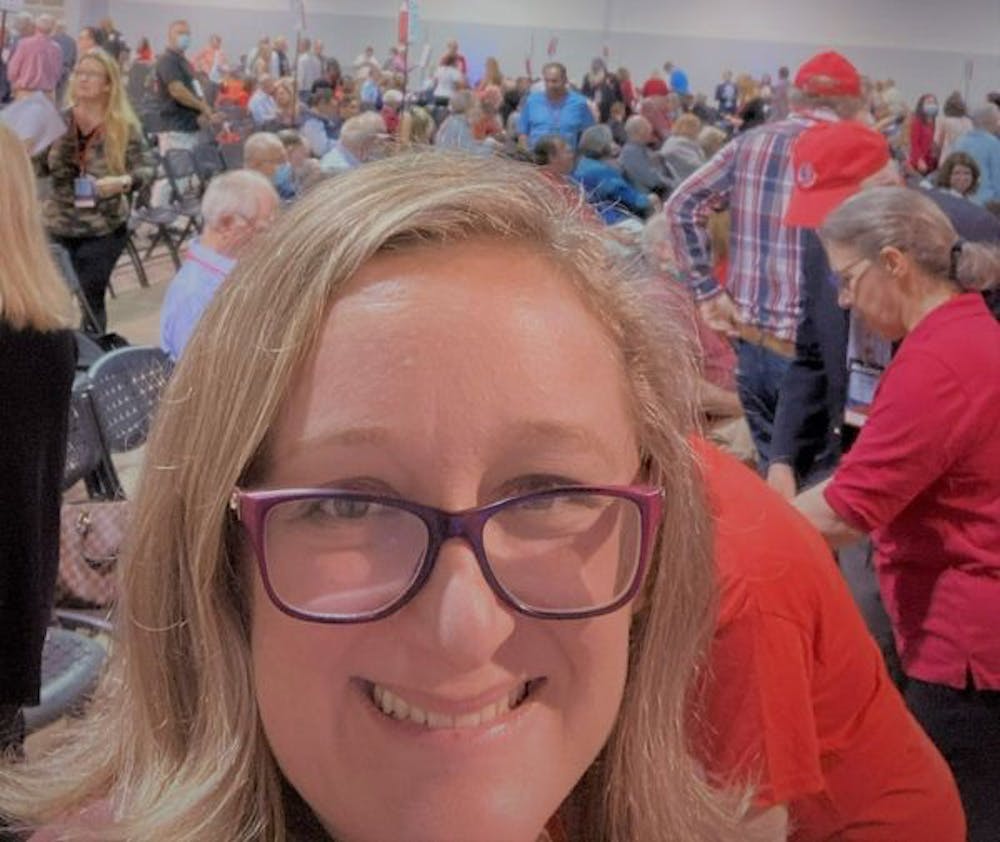 Jen Banwart is a republican running for Senate.

Jen Banwart is running as a Republican for the U.S. Senate with the slogan of “It’s possible.”

This is in reference to her background growing up with grandparents who immigrated to the U.S. as children, the way she’s decided to run her campaign without accepting any money from Political Action Committees and the message she wants to convey to any voter going through difficulties — it’s possible.

While she has been working within the federal government for 25 years, in her first campaign for an elected office, she said she is doing things differently than many of her other competitors. This involves not accepting any money from a PAC, including grassroots campaign organizations, because she said accepting money from those groups did not feel right, especially considering current issues people are facing regarding COVID-19 and inflation.

“That makes elections not accessible by people who don't have long careers in politics, or friends with a lot of money and so we keep talking about it,” Banwart said. “And I decided … that I was gonna run the way I wanted to, and that included not taking money from PACs because I want North Carolinians to decide what the agenda should be.”

One of the most important things Banwart said she has gained from her experience within the federal government is making her platform agile in order to be successful. She has issue points instead of main platforms, including passing a federal budget on time, defending the Constitution and nation, and improving security.

“If we get a different president, if you get different colleagues in Congress, people demonstrate sort of the static nature of their platform that they're holding on to and I did not want to have that,” Banwart said. “What I did instead was create a tiered system of issue areas.”

Banwart said she also feels states rights are very important, and she wants to mainly focus in her role on passing legislation that the most amount of Americans would benefit from that are things that the state or local communities couldn’t handle by themselves.

In terms of defending the Constitution, while Banwart intentionally kept this platform less concrete — an example of this is her plan for foreign policy.

“If we don't deal with foreign issues when they occur, they're going to end up being domestic issues,” Banwart said. “We're seeing that a lot on the immigration surges that we're seeing at the border, but also in Florida that are coming up via sea. You're seeing that with the situation with Ukraine and Russia. There are no shortage of issues to point to, and because we're dealing with those reactively, and because we didn't have a proactive strategy to deal with those, we're inconsistent, and we aren't as effective.”

Banwart, if elected,said she plans on using her experience to remain flexible as a senator and work with the rest of the Senate to have platforms that reflect the interests of everyone.

“Experience helps you to formulate a vision, and that vision needs to represent the goals of North Carolinians,” Banwart said. “But even more importantly, you have to demonstrate an ability to help others in Congress understand and support that vision because again, Congress is a team sport.”