Campaigning for US House of Representatives: Crystal Cavalier hopes to address climate, healthcare and cybersecurity 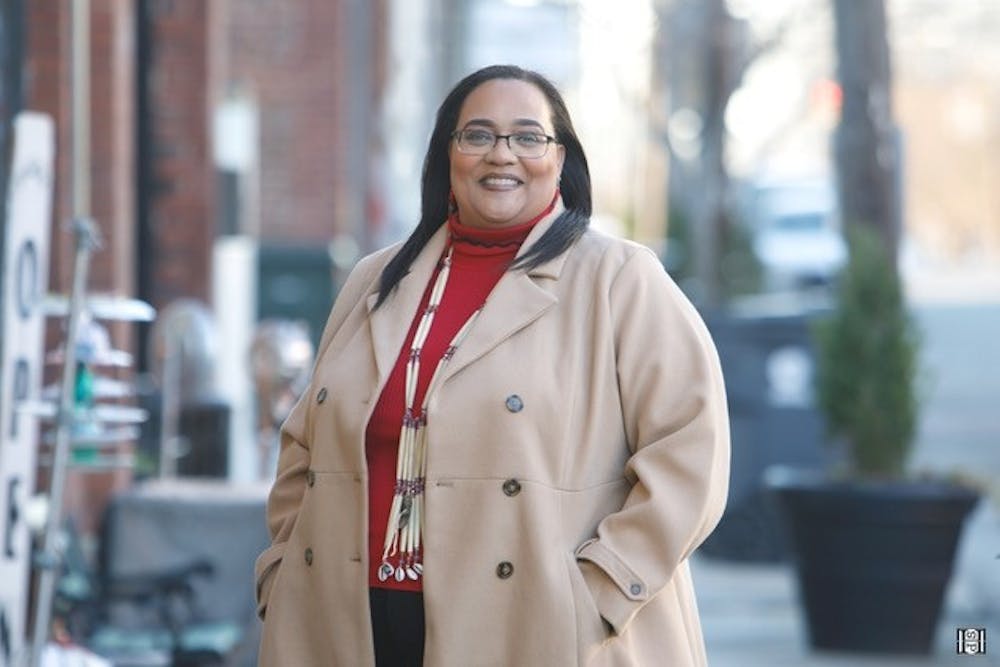 Crystal Cavalier grew up in Alamance County: living on the land that has been in her family for generations, graduating from Eastern Alamance High School and settling in Burlington, where she lives currently. Now, she hopes to serve Alamance County as a member of the U.S. House of Representatives representing the 4th Congressional District.

“I feel like I can make a better change if I had a national platform,” Cavalier said. “Because I see time and time again, no matter what side of the aisle, you're Democrat or Republican or independent, we're all being affected.”

The journey to candidacy

Cavalier graduated from University of North Carolina Greensboro with a degree in political science. Following her collegiate career, she became a military spouse, traveling all over the country and eventually landing in Fort Bragg, North Carolina, where Cavalier decided to pursue a master’s degree in public administration.

“I was like, ‘This is so exciting. I love my job,’” Cavalier said. “I really love doing it. But then my daughter got sick.”

Cavalier came home to North Carolina, where she took care of her daughter and began working in a charter school and then eventually for the state of North Carolina.

It was while at home she found out about an issue she is now campaigning on in her run for Congress: the misrepresentation, underrepresentation and erasure of indigenous people in Alamance County. As a member of the Occaneechi Band of Saponi Nation in Burlington, the stories of and personal encounters with indigenous women who were victims of human trafficking or missing with little to no information about their cases hit close to home.

“I was like, I just can't believe this is happening, this is like right across the street from … where I live,” Cavalier said. “I started to investigate how many people are indigenous who are missing here in North Carolina. Since it’s a problem across the United States, is it a problem here? And then I found out that is a huge problem because the police don't classify race, and they don't usually elevate women of color who go missing.”

Cavalier also found that there is a data gap in Alamance County, as many of the communities and people she spoke to voiced concerns about the lack of data on the crimes happening within indigenous communities. Cavalier is now the founder of Missing Murdered Indigenous Women Coalition of NC.

“That's how I really got involved in activism,” Cavalier said.

One of Cavalier’s biggest issues she is campaigning on this spring is the climate. For Cavalier, all of the issues she is campaigning on are interconnected, from the climate impacting healthcare to women’s rights issues impacting education, or veteran’s rights. As a climate activist herself, Cavalier has been involved in attempts to stop pipeline building in North Carolina.

Her second major issue is healthcare, from affordability to care for elderly people. Cavalier said healthcare is connected to the climate in her mind, as an issue that is climate related, such as unclean drinking water, can result in health problems for a community.

“When you're not healthy, and you are sick, you need medical attention, and you can't be worried about how can you afford it,” Cavalier said.

In addition to addressing issues such as education, women’s and veteran’s rights, and cyber and national security, Cavalier said she is building her platform on connecting with communities across Alamance County.

“What I like to do is to meet people where they are, so you can understand your audience,” Cavalier said. “It's just again about educating people. You have to see where people are, and where you can meet them.”

As Cavalier continues to campaign each day, she said she is hopeful heading into the primary. From meeting people in McDonald’s to Sheetz, Cavalier said she hopes to show people that she not only sees them, but she wants to represent them unlike anyone else.

“We're always waiting for somebody to come and save us. But we have to take responsibility because we are the leaders that we have been waiting for,” Cavalier said. “We just have to believe in ourselves and come together in a community and unity to work together because together, we all rise, and that's what I want people to understand about me.”