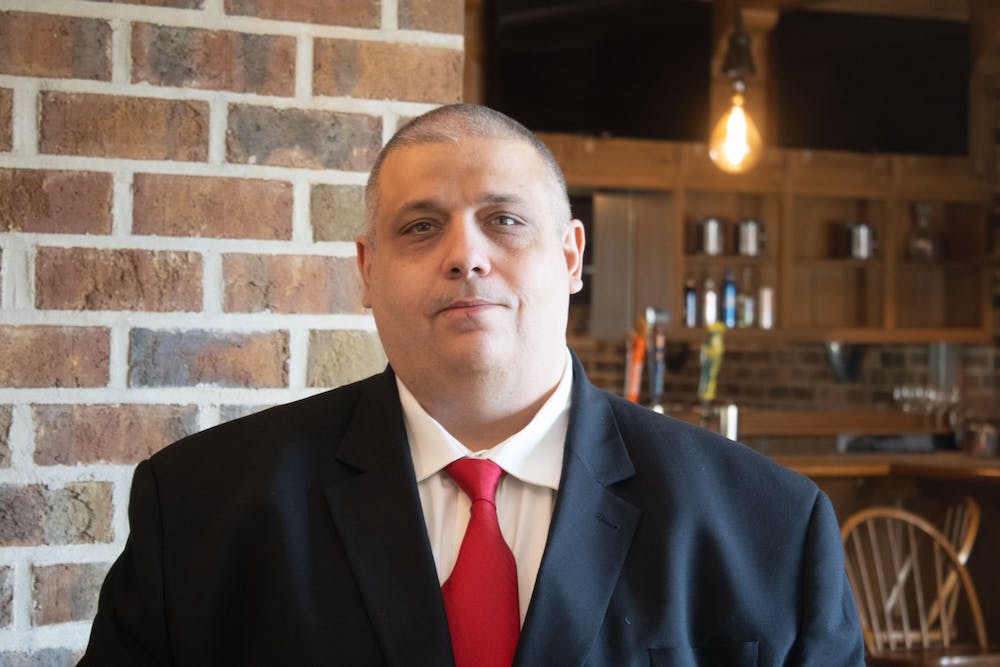 When Rudy Cartassi was in middle school, his guidance counselor brought his parents in for a meeting and told them that Rudy would never amount to anything. Ever since, Cartassi has sought to prove him wrong.

An owner of four businesses in Alamance County, Cartassi said he never had much interest in running for a political office. However, after becoming dissatisfied with the current state of local politics, he decided to join the race for the Alamance County Commissioners board.

“I expect results, and the people want results,” Cartassi said. “I think they're just tired of the same old, same old.”

While Cartassi does not have a traditional political background, he said he is confident in his ability to learn quickly and become a strong representative of the community.

“I’ve always been the underdog,” Cartassi said. “I’ve had so many people tell me I can’t do this, I can’t do that. To me, if I don’t try, I’ll never know. I’d rather leave this world knowing I did my best and I tried.”

At age 16, Cartassi earned his GED diploma from a community college and spent time working in prisoner transport after that. While he said the money was good, he did not like being away from home for extended periods of time. After deciding to settle down in Alamance County, he got a job working with cryptocurrency in Graham, where he said he discovered his passion for small businesses.

“That’s where I really started cutting my teeth as someone in business and understanding employee relationships and budgets,” Cartassi said.

Cartassi owns RAD Range Training & Event Center, a gun range in Burlington and RAD Industries, a gun store and manufacturing facility, as well as a landscaping company and a whiskey business.

Though Cartassi does not have any prior political experience, he said he has learned a lot through his campaign thus far, including how to focus on your message, how to assemble a strong support team and also the expenses that go into a political campaign.

For Cartassi, the most rewarding part of his campaign has been speaking to people withinAlamance County and more-experienced county politicians at town hall debates.

“I like seeing people involved in it,” Cartassi said. “It's really good to see people enjoying themselves and like-minded or not like-minded just having that debate.”

Cartassi has focused on three main points throughout his campaign – safety, opportunity through K-12 education and small businesses.

As a business owner himself, Cartassi said supporting local Alamance County businesses is one of his top priorities.

“If you're working two jobs or you own a small business and you just have enough money at the end of the week to be broke, that's a problem,” Cartassi said. “Small business owners are some of the hardest working people you ever meet. We need more of that.”

While Cartassi said he has a lot to learn about the responsibilities of the job, he believes his non-political background will help him build trust with the Alamance County community.

“I'm about as honest of a politician as you're gonna get because I'm not a politician,” Cartassi said.