CHEAT SHEET: Understanding the connection between climate change and pollen 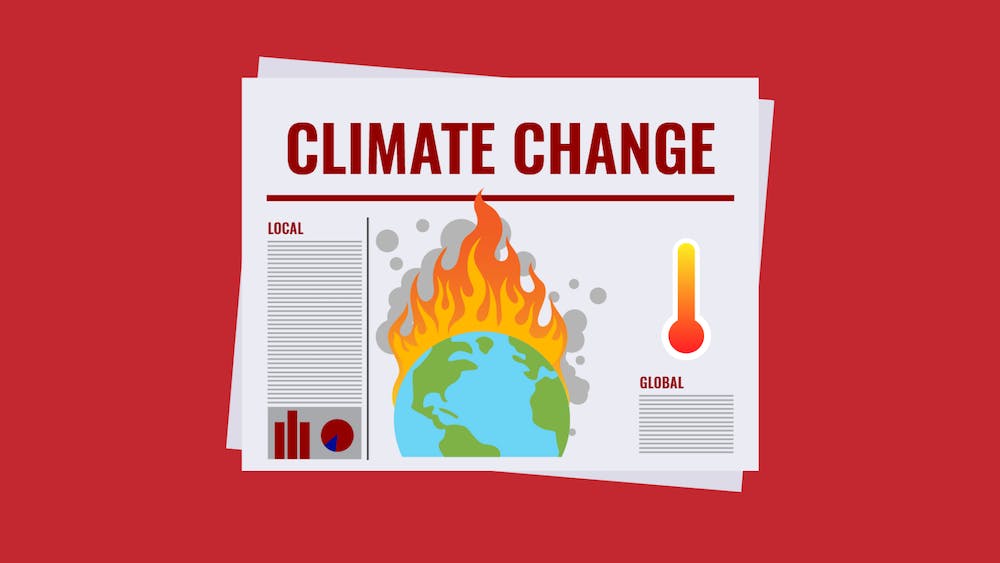 
This year and in recent years, studies, like done by the Proceedings of the National Academy of Sciences, have shown that allergies have gotten worse for people and may be because of climate change.

North Carolina allergy season is from March to June and tends to peak in April, according to environmental studies professor Amanda Chunco.

This year and in recent years, studies, like done by the Proceedings of the National Academy of Sciences, have shown that allergies have gotten worse for people and may be because of climate change.

Chunco discusses why climate change is causing an increase in the length and severity of allergies, as well as why people have a reaction to pollen in general.

According to a study done by the Proceedings of the National Academy of Sciences, pollen season has gotten worse in recent years. The study said this could be linked to climate change, specifically due to rising temperatures. Can you explain how those things could be linked?

“One of the best lines of evidence for biologists that climate change is happening is changes in what's called phenology. This means the timing of life history events and lifecycle events — so frogs are breeding earlier, birds are migrating at different times, eggs are being laid at different times, monarchs are moving at different times and trees are flowering at different times than they used to. Pollen is just the reproductive parts of plants, so they start releasing pollen in the spring, and they're cued by temperature, so they don't want to start making seeds when they're not going to be able to grow. It governs when flowers and trees put out pollen.

Because it's getting warmer and it's getting warmer earlier, the pollen season’s starting earlier. The trees are like, 'it’s spring now, it’s time to release pollen,' and they'll release that pollen, all the way through until temperatures get too high. It's lengthening the period that they're producing pollen, and it's starting earlier, so folks who thought that they had until April to start taking Claritin now have to start in March — and in some cases even February. Things are starting to get bad.”

Does that then affect other things going on, like plant cycles?

“One of the big concerns I have as a biologist is that for all of evolutionary history, phenologies are linked together. Birds lay their eggs around when insects are going to be most abundant, so that they can get the most food for their babies when the babies are hatching. Insects are all born when the leaves are coming out, so that when their babies are born, they have leaves to eat. So the challenge is that some organisms are responding to climate change in really different ways. Insects have very short lifespans, and they complete their whole life cycle in a year because they go through evolution a lot faster. They can respond really differently than birds who might not even lay their eggs until they're like four or five years, so they're responding more slowly. It's really challenging. The other thing that is really hard is that some animals and plants are cued by day length. So it's not temperature, but it's the length of the day, which often correlates with temperature, and now doesn't as much. So you have some birds relying on temperature to decide when they're laying their eggs, so all the insects may have hatched and moved on before the bird babies are even hatched.”

Does that mean some plants and animals are in the wrong cycle?

“They're all out of sync now. Now, it’s harder for birds to have enough food to feed their babies. It's causing disruption all the way up the food chain.”

How would an increase of pollen affect people’s health?

“The biggest examples are cases of allergies going up. More people are having allergies, and that probably has to do with more biological things. But for those folks who have allergies, now they're getting more severe. So the seasons last longer, often more severe, which means taking more medication that can have side effects that are unpleasant. The allergies are also unpleasant. A whole bunch of other human health things that are happening because of climate change. Pollen and allergies are one of those things.”

Why are allergies increasing as well?

“In general, there is this theory called the hygiene hypothesis, and that is as we get more developed, we spend less time outside and we spend less time in the dirt and less time with plants and animals in particular. Our immune systems, which for all of evolutionary history have been primed to protect bacteria, and viruses, and parasites and all these things that we’re surrounded by, but now we’re not so much. There’s not as many things for our immune system to attack. An allergy is basically an immune reaction to a foreign body that your body thinks is bad — you think pollen is bad, pollen is not bad. But your immune system doesn't have intestinal worms anymore, you're not carrying fleas like people did for most of evolutionary history.

In terms of human history, most people didn't have indoor plumbing until 100 years ago, so almost everyone had tapeworms until the 1950s. Now we don't have tapeworms and we are taking more antibiotics, which kind of destroys our internal microbiota. There's a whole bunch of reasons that our immune systems are more reactive. In general, more people are responding to pollen than they used to. If you have lots of children, you're less likely to have allergies. If you send your kids to daycare, they're less likely to have allergies. There's all these weird correlations.”

“It’s just different. There’s a lot of people moving into North Carolina that grew up in, like, Arizona; your body's used to certain pollen and things that you grew up with. There’s different species here, so your body is more likely to recommend that it's foreign. There's this really interesting thing that things you're exposed to as a little kid, you're less reactive to things your body understands they’re normal. If you’re from upstate New York, or you're from South Florida or you're from Arizona, this is all new to your body.”

Do you have any advice for students that are suffering right now from pollen?

“It's such a personal question. My doctor recommends neti pots, I've heard they're really effective at cleaning out the pollen that's accumulating in your nose. If they get really bad, talking to an allergist can be helpful, but for most folks Claritin works really well. The other thing I’ve heard is that taking honey can be really good for allergies because it contains a lot of pollen and can get your body used to it.”