Nadine Jose recognizes people don’t know what SGA does, something she hopes to change in her term 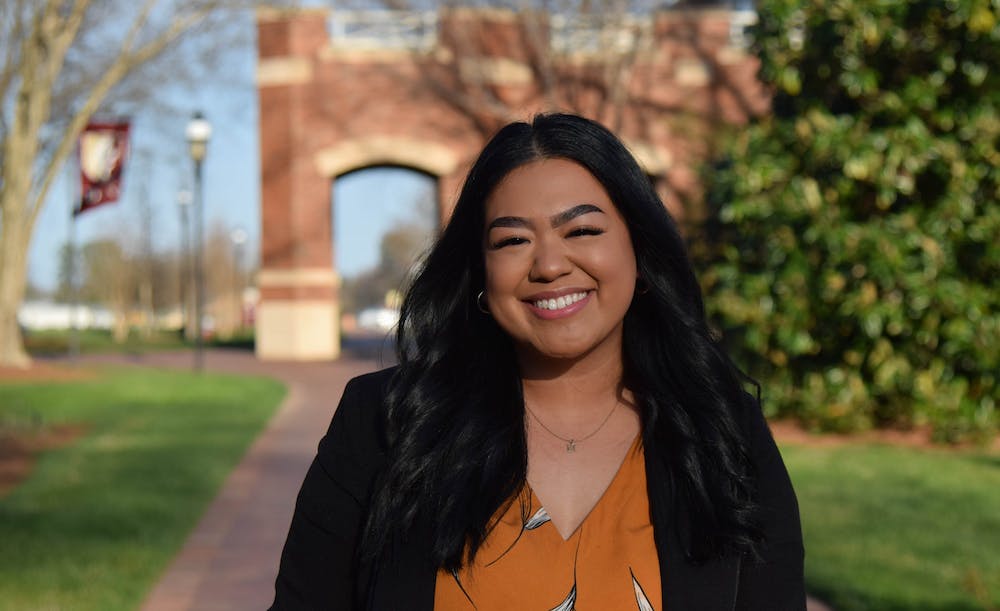 “What does the Student Government Association do?”

That’s a question Student Body President-elect Nadine Jose hears a lot. Jose said one of her main priorities as president is to educate students on what SGA actually is.

“I've noticed, for the last two years, previous presidents talk about a push for more people to know what SGA is, but what that push means is a little difficult,” Jose said. “It's hard to figure out exactly how to increase that visibility, but it has to happen somewhere in order for us to help the student body to our best capacity.”

As a part of this change, Jose plans on reaching out in the fall to first year students by doing things like classroom visits and talking to different fellows programs or student organizations, but something that Jose said is harder to do is reach upperclassmen as it is difficult to find spaces that include everyone.

Trevor Molin, class of 2023 senator, said he has been able to see the effects of certain legislation passed, such as the outdoor renovations because he was able to see more people outside with hammocks and utilizing the equipment SGA funded. However, he said that the legislation SGA has written in the past has not been enough.

Previous legislation hasn’t had a large impact on the student body, making  it difficult to name a tangible effect SGA has had, apart from allocating funds. Jose said doing more than allocating funds is another priority of hers for next year.

“A lot of times those things have been symbolic, like legislation conveying our will about certain things,” Molin said. “We had one talking about Black Lives Matter when I was here. I do think that those things are important for us as an organization, but students aren't gonna really feel any effects of that immediately.”

Check out Elon News Network's live interview with Jose below:

Molin said that one of the issues SGA has is that senators aren't currently able to act with autonomy. Things have to be decided as a body, leading to slow decisions that don’t have a large impact on the student body. However, Molin said the biggest impact SGA is able to have is the access they have to senior administrators.

“A lot of times we get opportunities by having administrators come to our meetings or a fireside chat and having things like that where we can really go a little bit deeper and figure out why things are happening on campus,” Molin said. “We have a better opportunity to voice our own concerns on the fact that the administration knows me and other people in SGA on a first name basis just makes it easier for when I have an issue to feel like I can reach out to those people.”

Jose ran on a platform of amplifying student voices, and she wants to make this happen through talking with senior administration.

“SGA is truly about just helping student organizations and students get their messages to people who … have access to administrators on a more regular basis, and really just amplifying student concerns to people who have the capacity to ameliorate or at least work on something for those concerns,'' Jose said.

Jose said her goals for next year include lowering the cost of laundry for students, remaining transparent about student issues and reaching students who have previously not been included in SGA, such as student athletes and STEM majors who are less represented in SGA.

“Going to those groups and seeing why they haven't heard of us and what we can do to increase visibility … SGA is one of those that it really does matter and it can affect what organizations get funding, who is talking to your administrators on a more regular level,” Jose said. “For a while, SGA has seemed like this institution that is self-serving and cares for itself and I want that to change because it's not about us by any means.”