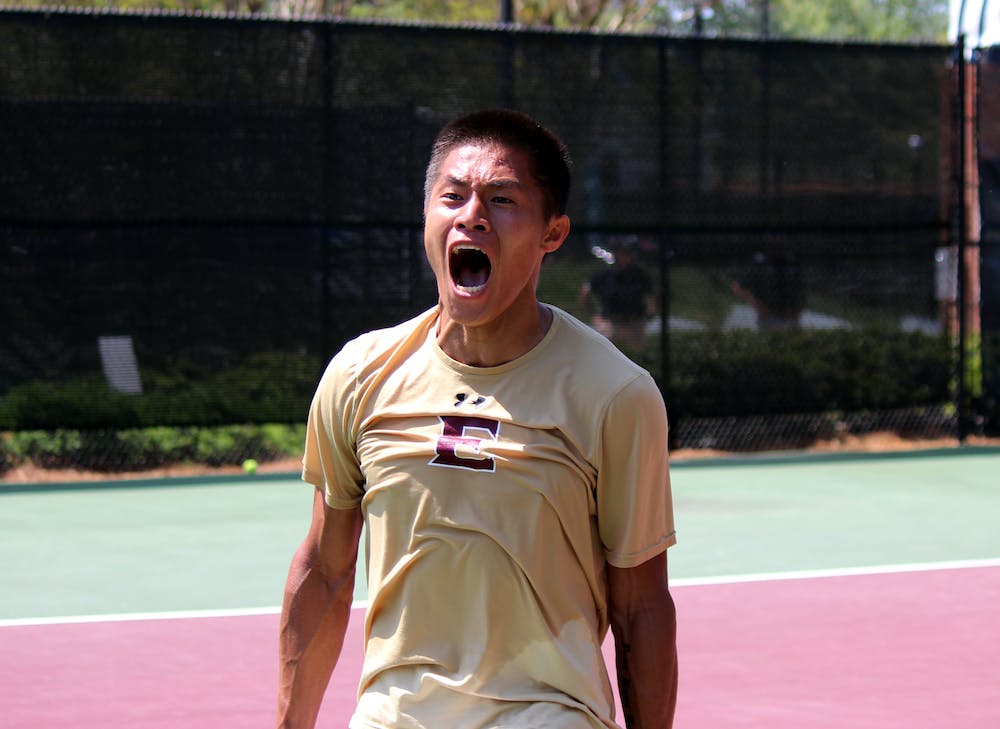 “We knew it was going to be a hard fought match,” head coach Michael Leonard said. “Every match was a battle.”

Elon won a tight doubles session to go ahead 1-0. Campbell and Condos won 7-5 in the number three position as the other two matches went into tiebreakers. Sophomore Daniel Martin and senior Chung-Han Tsai won their tiebreak 8-6 on court one to clinch the point for Elon.

“Getting that doubles point was huge,” Leonard said. “It really just comes down to belief and confidence and having trust in yourself and so we kept telling the guys to believe, play free and go after it.”

A singles victory by Martin put Elon ahead 2-0 but two William & Mary victories tied the match at 2-2. Condos, who came into this match with a 4-13 singles record, said he has struggled in tiebreaks this season but knew the importance of it with how tight the match was.

“It’s so easy to lose focus and it was so loud,” Condos said. “I have lost a bunch of tiebreaks this season. I didn’t know how many courts were left but I knew it was coming down to the last couple courts.”

For Leonard, it was special to see Condos step up for the team despite having a challenging season.

“He’s had such a tough year but he’s built for these moments,” Leonard said. “When you put him in an environment like this, he really can rise to the occasion.”

Last season, William & Mary defeated Elon 4-3 in this round of the CAA Tournament. Condos said the team was focused entering the match in order to avoid a repeat of last year’s result.

“I don’t want to call it revenge but we definitely came out very intense,” Condos said. “I think everybody brought their A-game today.”

“This one meant so much for us and I think it inspired a lot of us, so we’ll be trying to do the same thing tomorrow,” Condos said.