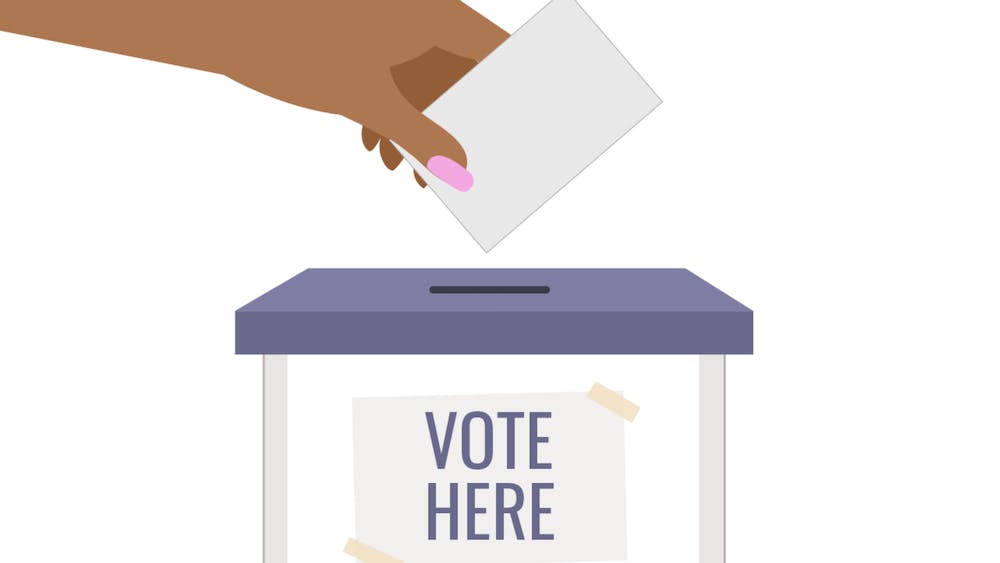 Photo by Caroline Mitchell | Elon News Network
North Carolina’s primary day for the midterm elections is May 17 and will include all races that had multiple candidates for each party run.

North Carolina’s primary day for the midterm elections is May 17 and will include all races that had multiple candidates for each party run. This year is a midterm election year, meaning there is no presidential race, but there are both federal and local races and primary elections will determine who from each party will make it to the midterm election in November. North Carolina’s primary’s are semi-closed, which is not the case in every state and means that if you are registered to vote for a specific party, that is the ballot you have to take in a primary election.

So it somewhat limits what's called strategic voting, where there's an idea where if say you’re a Democrat, and in the primary, you either don't care who is going to be the nomination, or it's pretty locked up who the nominations going to be for your party, you would actually vote the other party's primary to either go for someone that you wouldn't mind seeing elected or get someone that you really don't want elected, or you can be super strategic and vote for the person that the polls are showing your favorite candidate would actually beat, however, not many people actually do that.”

How do you think the redistricting shift will affect North Carolina’s primary elections?

“The map that just came out, that got approved, it's good for North Carolina standards. It's definitely going to level the playing field for the Republicans and the Democrats because, up until this point, North Carolina has a long history with gerrymandering. But this map seems like it's tackling that pretty well. We might see a more even breakdown for how congressional districts turn and go Republican and Democrat, because the way they were gerrymandered was heavily favoring Republicans, not so much now.”

North Carolina has a Republican-controlled Senate and Democratic governor, how have North Carolina elections worked in the past to allow that to happen?

“It shows how the state is purple in that in a statewide election, there is a tendency to go a little bit more toward the blue, especially with demographic shifts. Raleigh is exploding, Charlotte is growing quite fast and empirically urban centers vote blue, so as that shifts we're going to see more and more statewide elected offices go toward the blue. But there are also very rural areas within North Carolina and with the gerrymandering in house districts, even more so than congressional districts, that it is favored by the Republicans. You see that in a lot of other states as well, where their legislature is based upon gerrymandered or potentially gerrymandered districts goes Republican and a statewide office which you can't gerrymander goes Democrat.”

In North Carolina, the largest demographic of voters is independent, why do you think that would be the case if people aren’t strategically switching their vote in primaries?

“Personal pride, personal affiliation. There's nothing really strategic, it allows you to vote on either side and primaries, but people don't do that very strategically very often. So it's more of an identity thing than actual political machinations. People like to say that they are independents.”

Because of the redistricting the primary is shifted later, do you think that’ll have any effect on who votes?

“With everything being pushed back, up until when the congressional maps were approved, some candidates didn't know where to campaign. So the ability to get out to vote, that might have had an effect on it, so it'd be interesting to see what the actual voter turnout this year is going to be like. There's a lot of causal mechanisms so trying to pinpoint whether or not the delay had anything to do with it will be difficult, but potentially it could have. Because confusion breeds, ‘I’m not going to mess with it,’ and we already have pretty high voter apathy so anything that makes voting even more difficult, is going to push down numbers.”

What do you think students should know about North Carolina primaries?

“Primaries are important. The primaries are really important. They get ignored, they get overlooked a lot. When it comes to primaries, it matters more than the usual because there's usually less voter turnout. In primaries, you can usually vote for a candidate that's closer aligned to your policy preferences than in a general election. Usually, in a general election, it comes down to the least bad option. In a primary, you might be able to actually find a candidate that you truly support and back, primaries are really important.”