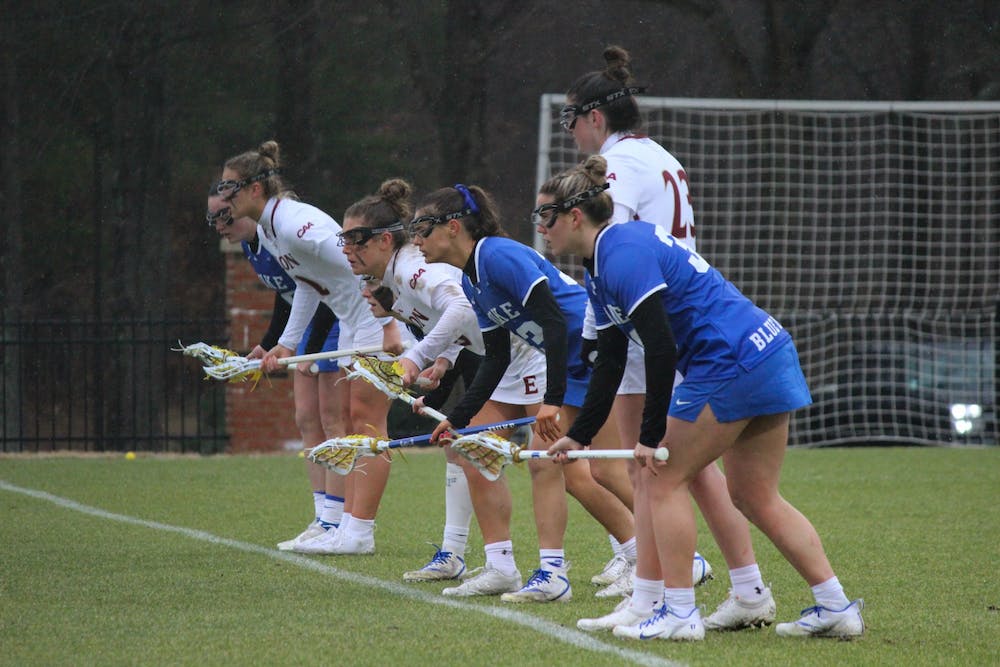 TOWSON, Md — The Elon University lacrosse team failed to execute on both offense and defense Saturday as the Towson University Tigers defeated the Phoenix 20-8 with seven goals from junior Blaire Pearre.

Sophomore midfielder Kaitlyn Michaud, an important part of Elon’s offense, went down with a non-contact leg injury shortly after the beginning of the game and did not return. Without Michaud, Elon’s offense never settled in, evident in a 17-minute goalless stretch to begin the second half. The Tigers outscored Elon 7-0 during that stretch.

Senior attacker Charlotte Pedlow scored her first goal of the season for the Phoenix in the fourth quarter. The goal was the second of her career in her 11th appearance.

The Phoenix is now 5-7 in the season and will travel to play the James Madison University Dukes on April 9 for their third Colonial Athletic Association game of the season. The Dukes are ranked 11th in NCAA Division I women’s lacrosse with a record of 7-4.