The Phoenix lost 11-2 Friday night, the first game of a weekend series, dropping the team’s record below .500 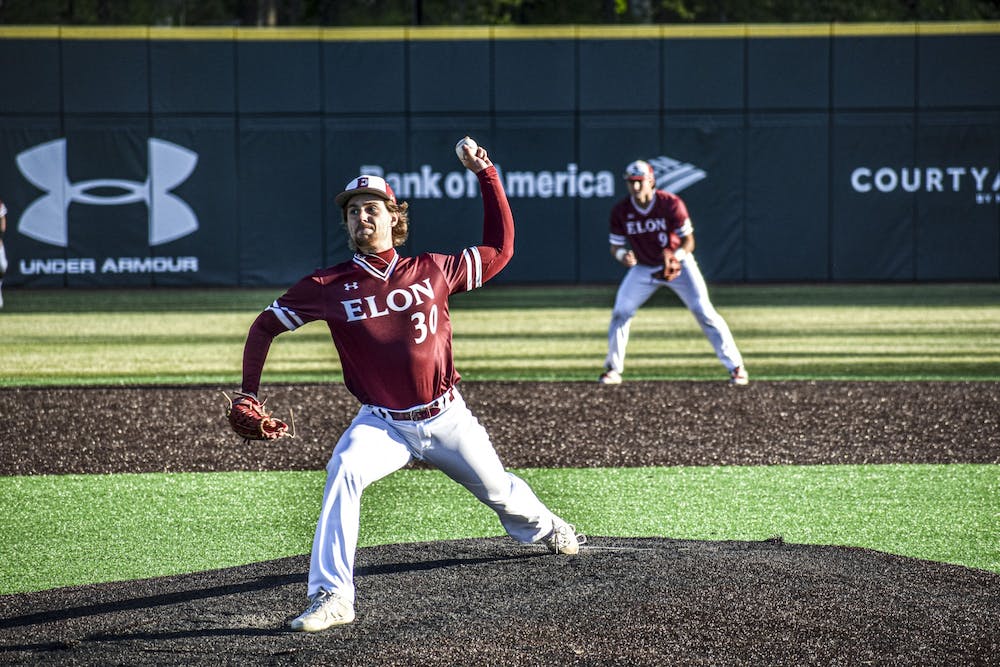 Elon head coach Mike Kennedy said the loss came down to a failure to execute.

Both teams scored in the first inning. Charleston leadoff hitter freshman Tyler Sorrentino hit the first pitch of his at-bat to center field for a double, and also scored later on a sacrifice fly from junior Trotter Harlan. Elon responded with a run of its own, as redshirt junior designated hitter Luke Stephenson singled to drive in redshirt sophomore right fielder Alex Iadisernia.

Redshirt sophomore Joe Savino started for the Phoenix and pitched 4.1 innings. The Cougars scored six runs on seven hits against Savino, who was credited with the loss. Savino was replaced by redshirt sophomore Liam Dabagian after he gave up a two-run homer to Harlan, part of a four-run fifth inning for the away team.

Dabagian threw only six pitches, all strikes, to close out the fifth inning. Redshirt sophomore Ian Evans took his place to begin the sixth inning. Evans recorded just one out and allowed three runs on two hits.

Evans was replaced by freshman Jake Nolan, but the challenging sixth inning for Elon continued. A triple from Charleston graduate student Sam Cochrane brought in the fourth run of the inning, and Harlan flew out to center to score Cochrane from third. The back-to-back strong innings for the Cougars gave them an 11-1 lead entering the bottom of the sixth.

Nolan recorded a strong 1.2 innings, allowing one hit and just one unearned run. Freshman Sam DiLella took his place to finish the game, the fourth Elon relief pitcher to throw two innings or fewer in the game.

The Phoenix added one more run in the bottom of the seventh as redshirt sophomore Griffin Arnone drove in redshirt freshman shortstop Will Vergantino to bring Elon within nine, but it was too little too late.

Elon faces Charleston two more times this weekend. Elon is in need of a turnaround, as the team is currently second to last in the Colonial Athletic Association, with a conference record of 3-7. Only the top four teams at the end of the regular season qualify for the CAA Tournament in May, which will be contested at Latham Park.