With an increase in funds for the class of 2026, current students express frustration, disappointment amidst 9% increase in tuition and fees 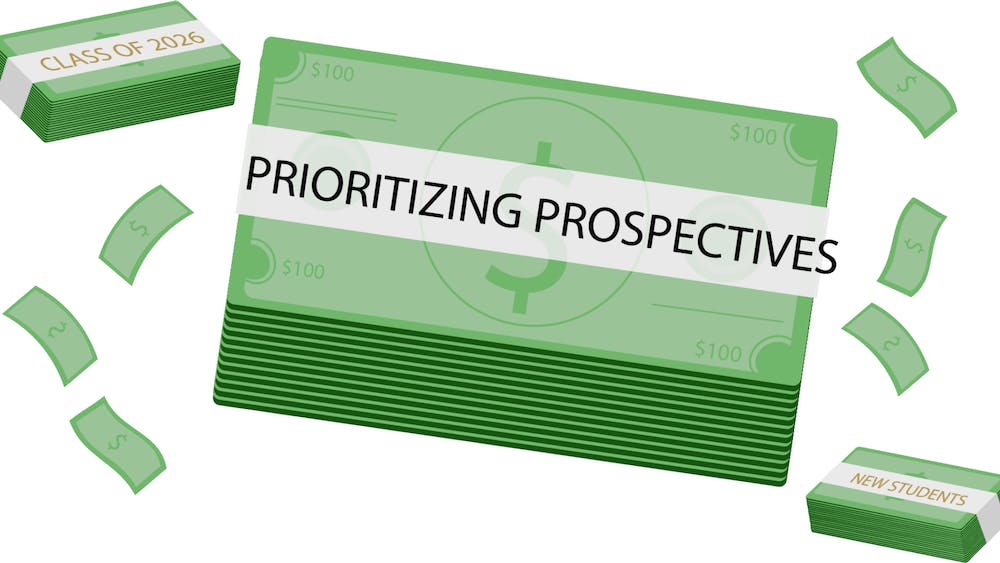 Photo by Caroline Mitchell | Elon News Network
With an increase in funds for the class of 2026, current students express frustration and disappointment amidst 9% increase in tuition and fees.

Freshman Allison Barnett will not be returning to Elon University in the fall.

Barnett, a full-time student, works two on-campus jobs to help pay for school. When the university announced next year’s tuition, she looked into potential scholarship programs offered by Elon. But after this semester, Barnett will have to transfer.

Students returning for the 2022-23 academic year will pay a sticker price for tuition and fees that is 9% higher than what they paid this year. For some, the new total puts Elon’s cost beyond their current means. But when Barnett was searching for ways to alleviate her tuition and fees, she found programs that are only accessible to prospective students and not current ones.

“It really just makes me kind of disappointed in Elon,” Barnett said. “They could be doing so much better and they’re just not helping their students.”

According to university spokesman Owen Covington, next year’s budget allocates an additional $4.9 million in financial aid to be dispersed among fellows, Odyssey scholars, student-athletes and students with demonstrated need determined by the Free Application for Federal Student Aid.

Within students currently receiving scholarships and funds from the university, like sophomore teaching fellow Rylee McKinney, there is a building frustration with the level of support. Scholarships are flat amounts and do not automatically change with any shift in tuition.

Beginning with the incoming class of 2026, presidential, Elon engagement and most fellows cohorts, with the exception of Honors fellows, are increasing the amount they award to students, according to Vice President for Enrollment Greg Zaiser. But current students in those programs will continue to receive their original scholarship amount.

“That amount was budgeted for the academic year in which they enrolled,” Zaiser wrote in a statement to Elon News Network. “The agreement all students sign stipulates the terms of the scholarship.”

McKinney said though she understands the agreement, it’s not just raising the scholarship that current fellows think they’re losing out on. During the COVID-19 pandemic, many opportunities offered by fellows programs, such as study abroad and retreats were canceled, changed or postponed.

“If anything, the sophomore, junior and senior cohorts for many fellows have missed out on so many opportunities because of COVID,” McKinney said. “My idea would be, ‘OK, what’s the next step?’ It’s to give us some compensation. And then they still are holding that money and going, ‘No, nevermind, we’re not going to give you those experiences, or any more scholarship money.’”

As a member of the Student Government Association, Barnett attended the SGA Fireside Chat event with university President Connie Book last month. When asked about what the money from the tuition increase will fund, Book said a large portion will also go toward scholarships for incoming students.

Curating a strong incoming class is a priority for the university, Zaiser wrote. According to him, raising scholarship amounts for prospective students is a way to keep Elon competitive with other universities in attracting academically strong students.

But Barnett said she doesn’t understand why that priority is seemingly outweighing taking care of the students that Elon already has.

“It makes me angry that Elon chooses to prioritize first-year incoming students who haven’t even committed to Elon yet, when I’ve been here and I’ve been super active in the Elon community and they kind of are refusing to help me,” Barnett said.

In a letter sent to current Elon families in February, Book attributed the tuition increase to extra costs last year incurred by the pandemic and to rising inflation rates.

“We are mindful that this increase may cause hardship for some students and will be ready to provide options for those who need extra assistance to finance their Elon education,” Book wrote in the letter.

Those options, according to Covington, come in the form of low-interest institutional loan funds.

“Elon has a long-established emergency Elon Loan fund for students with high documented financial need,” Covington wrote in a statement to Elon News Network. “Students must have first utilized their federal loan eligibility and a parent must have been determined to be ineligible for a federal Parent Plus Loan by the federal processor to be eligible for the Elon Loan.”

The maximum loan amount is $10,000 and has a 5% fixed interest rate with a 10-year repayment period post graduation. According to Covington, the emergency fund is meant to replace the now-defunct Federal Perkins Loan Program, which provided subsidized loans provided by a student’s school.

Professor of finance Chris Harris said that while people should try to limit the amount they borrow as much as possible, when it comes to education, the benefits tend to pay the debt off over time. Still, he said, students should try to keep their loans to a minimum.

“The challenge with thinking of that education is to think, ‘Well, I’ve always heard that if I just get a degree, it’s all going to work out, so I’ll just borrow whatever extreme amounts,’” Harris said. “That obviously isn’t a very prudent decision.”

Freshman Keri Anderson said for her, student loans were inevitable. She tried to look for more scholarship options for next year in order to avoid having to take out higher loans.

In February, Anderson said she contacted the financial aid office and told them that she would not be able to afford Elon’s tuition next year. To her dismay, the office responded that they would not help her because she already has an academic scholarship.

“It’s absolutely infuriating how little money they give,” Anderson said “If I had enough money, I wouldn’t be asking for more.”

“There’s not an emphasis on need-based scholarships here. It’s definitely more about your academics, your talent,” Anderson said. “A lot of times, those are reflected by the opportunities you were able to afford when you were in high school.”

Fellows, Odyssey, international scholar and Elon engagement programs disperse endowed scholarships, meaning their funding comes from donations to the university endowment. According to Vice President for University Advancement Jim Piatt, the university specifies to donors a minimum donation amount to fund a scholarship, and then that money goes into the investment fund that is the endowment. Instead of that money going directly to one student, it’s the increase returned by the investment each year that funds the scholarship.

“The more we can meet need and provide stronger aid and access for students, the better we’re going to be positioned to shape a really strong entering class of people from different places and different backgrounds,” Piatt said. “That’s what we tend to see with universities with really large endowments, they just have greater flexibility to make those kinds of decisions.”

In addition to scholarships, the endowment supports professorships, facilities maintenance, new initiatives and more. As of the last quarterly report in December 2021, Piatt said, Elon University’s endowment stands at $354 million.

The amount of scholarships a school is able to fund is tied directly to that school’s endowment. Harris said though no school wants the cost to be a barrier to education, if the endowment isn’t large enough to generate enough interest to fund more scholarships, they become limited in what they can do.

The goal, Harris said, is to rapidly grow the endowment. As of April 5, the university’s Elon LEADS campaign raised $243 million to invest in students, experiential learning, faculty and staff and university facilities. The campaign is looking to reach $250 million.

Though Harris said Elon dedicates a high percentage of donor funding to scholarships, there is a lag period before any donation can fund anything. First, a donation must be invested in the endowment, and then it must wait to return interest. One concern now, however, is inflation.

High levels of inflation have been building for over a year, Harris said, but have become increasingly visible in the past month. In February, the U.S. Bureau of Labor Statistics’ Consumer Price Index reported a 7.9% increase in consumer goods prices since February 2021.

“We’re all watching that pretty closely. As it relates to the endowment, the hope would be that the investments that we have our endowment invested in will outpace inflation in every year or in any given year,” Piatt said. “Some years, it’s just not possible, you can’t earn more than inflation. This might be one of those years.”

Piatt said he acknowledges the frustration of Barnett, along with other students like her.

“I can understand that frustration because, they are right, there are not as many endowed scholarships for upperclassmen,” Piatt said. “That is just historically, when we’ve worked with donors, we’ve encouraged them to support, basically, a student on the way in.”

Anderson’s experience with the financial aid office left her considering transferring schools. Though she said she wants to stay, knowing the university will not try to alleviate any of the uncertainty with her finances weighs on her.

“I love my school … I love the people and the friends and my academics in the classes and just the life that I’ve built here so far,” Anderson said. “It’s just frustrating that all of this may just have to end.”

McKinney said she’s not surprised that some students would consider or choose to transfer because of the lack of support. At the very least, she said, the university needs to respond to students.

“They need to listen to what their students and their families are saying,” McKinney said. “If they’re not communicating effectively on what’s going on with the tuition raise and how they’re going to approach financial aid, and they’re not being clear towards students, they’re going to end up losing students.”

As Barnett finishes her last few months at Elon, she said the financial aid problems haven’t soured her time here — but she has become wary.

“I cherish my time at Elon, it is one of the best experiences I’ve ever had,” Barnett said. “I will always recommend Elon to anyone. But it will come with a warning that Elon doesn’t really do a whole lot to help you financially. And if you choose to take on that burden, that is a burden that you bear semi-alone.”

Erin Martin contributed to the reporting of this story.