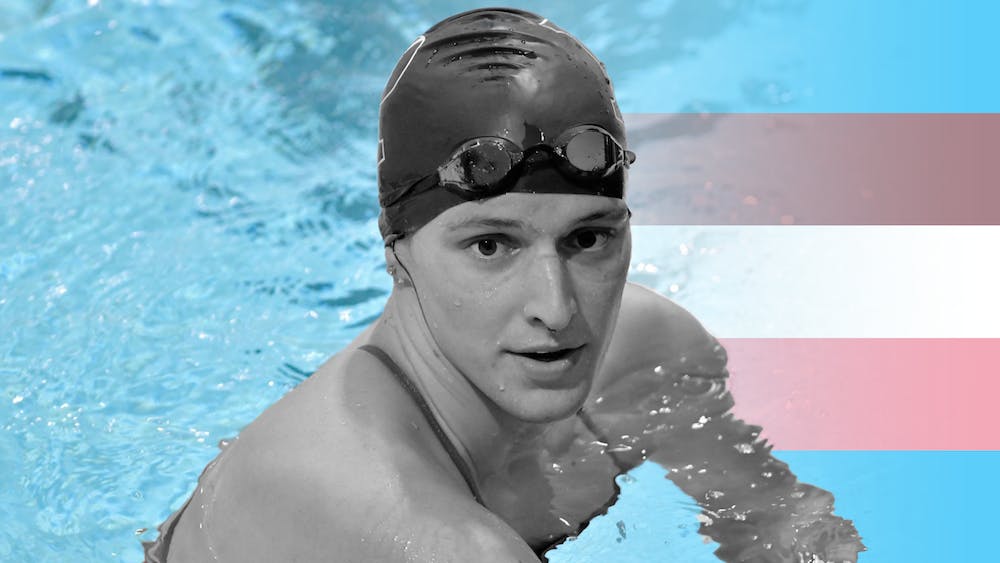 Thomas began her college swimming career on Penn’s men’s team in 2017, but after coming out and starting her transition, she began competing for Penn’s women’s team during the 2021-22 season.

Thomas holds several school records for the women’s team and won many races this season by a large margin. A petition was circulated in an attempt to ban her from the championships where she won, but the swimming world responded with an open letter to the NCAA signed by 300 former and current NCAA, Team USA and international athletes in support of Thomas.

Why have critics in the swimming world called Lia Thomas competing in the women’s division unfair?

It goes all the way back to Renee Richards seeking to participate in the U.S. Open as a transgender female after completing hormone and other therapy, and there was a major dispute over whether she would be allowed to compete. It even went to court before it was resolved, so this is not a new issue. It’s much more front and center for people because fortunately, the entire area of transgender rights has advanced way beyond what it was decades and decades ago. And we as a society recognize that it’s critical to support and respect people who are trying to address their issues of gender.”

Many critics have alleged that hormone replacement therapy has given Thomas a competitive advantage swimming in the women’s division. Is that possible?

“It wouldn’t have given her an advantage. The baseline from which we start is that people who are born biologically male and go through puberty as a male typically have certain physiological advantages — strength, endurance, speed — that we see in the differences in athletic performance between men and women. That’s simply the science of what Lia Thomas and others who are transgender females sometimes do, is to undertake hormone therapy, which would mitigate the physiological advantages that would have come from having gone through puberty as a male.”

Why are critics upset that Thomas has had success in NCAA women’s swimming?

“The challenge that everyone is trying to address, hopefully in a calm, non- political, rational, sensitive way, is that hormone therapy does not necessarily equal the playing field by eliminating all of those physiological advantages. As a result of that, organizations like the International Olympic Committee and the NCAA have struggled with what is the right test. What are the right set of requirements before allowing transgender women to compete without creating an unfair competition? The issue is that there is no clear cut answer that works in all cases as of yet. And so that’s why many people are working very hard to try to come up with a solution that’s fair to everyone involved.”

How is this case important for future transgender athletes that are considering following the same path as Thomas?

“It’s important in the sense that it’s probably been the most high profile individual case nationally. At the same time, you have a lot of political activity around this issue, which has also created a great deal of discussion about how to best deal with it moving forward. The Thomas case, like in any case, always runs the risk of having a disproportionate impact because it’s high profile and in the headlines and often can create an extreme reaction to a single case as opposed to looking at all of the facts and data.

It’s very interesting to me, for example, that the governors of Utah and Indiana recently vetoed bills that prohibited transgender women from competing in their states. They cited the small number of cases in which this is really a serious problem in comparison with the message and the discouragement that this kind of prohibition can have on transgender youth. They were trying to balance those issues. So I do think that the Lia Thomas case, because it was in the headlines, invariably has had a disproportionate impact.”