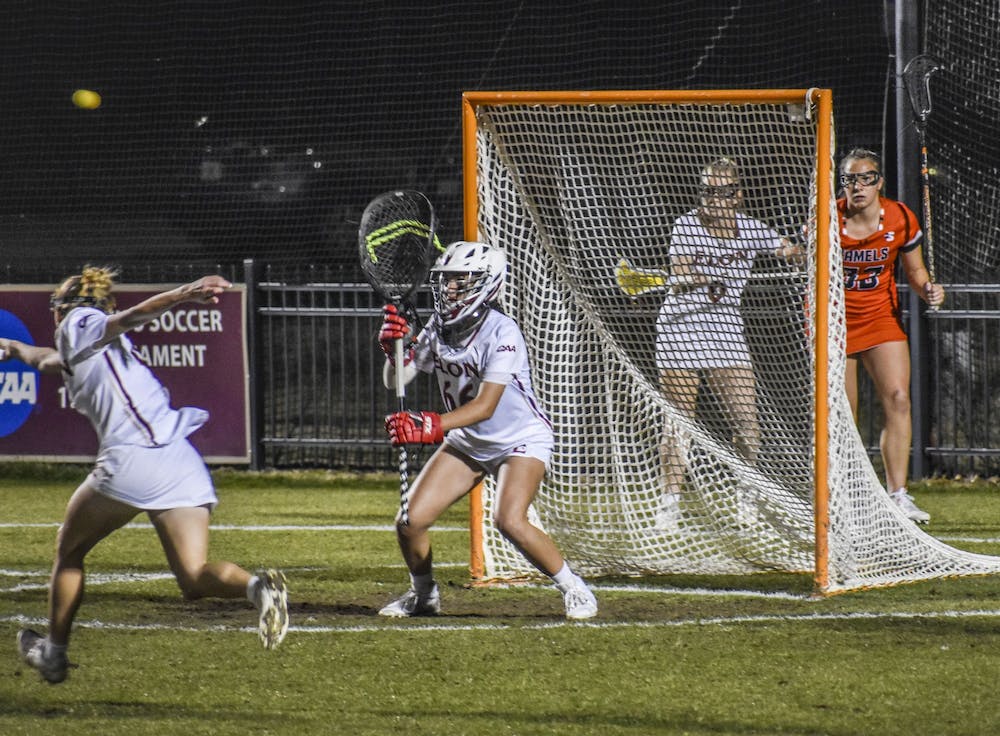 The Elon University lacrosse team earned its first victory of the season in a close game against the Campbell University Camels, winning 22-20.

After an 0-4 start to the season with losses to three ranked opponents and an overtime loss to the Coastal Carolina University Chanticleers, head coach Josh Hexter said he was pleased with the team’s effort in tonight’s win.

“I’m just proud of them,” Hexter said. “They played a much more disciplined game today, they played a lot more under control.”

After allowing four quick goals to the Camels in the opening four minutes, Elon went on a run of its own, scoring seven straight goals and dominating possession of the ball. In the span of nine minutes, the Phoenix turned a 0-4 deficit into a 7-4 lead at the end of the first quarter.

“It starts with the draw … the draw control was a huge thing in this game,” Hexter said. “That was a huge catalyst then once we started to run our offense, they got their confidence back.”

The next three quarters were a back-and-forth affair between the two teams. After the halfway point of the second quarter, neither team took more than a two-score lead throughout the rest of the game. With neither team able to gain consistent momentum, Hexter said the ‘little things’ were the key to success.

“Draws and ground balls, reminding them to have fun in the moment, be disciplined but have fun,” Hexter said.

With 4:15 remaining in the contest, Campbell sophomore midfielder Sam Bischoff scored her sixth goal of the game to bring the Camels’ deficit to one. With their first win of the season on the line, senior attacker Bella Feldmann iced the game for Elon with a goal to bring the score to 22-20.

With the win, Elon is now 1-4 on the season. Elon will head on the road for the first time this season to take on the Furman University Paladins (0-1) on Mar. 5. The game is scheduled to begin at 2 p.m.

“We needed that confidence boost,” McCarthy said. “So now we can only go up from here.”