Phoenix struggle in all aspects of game, lose 15-5 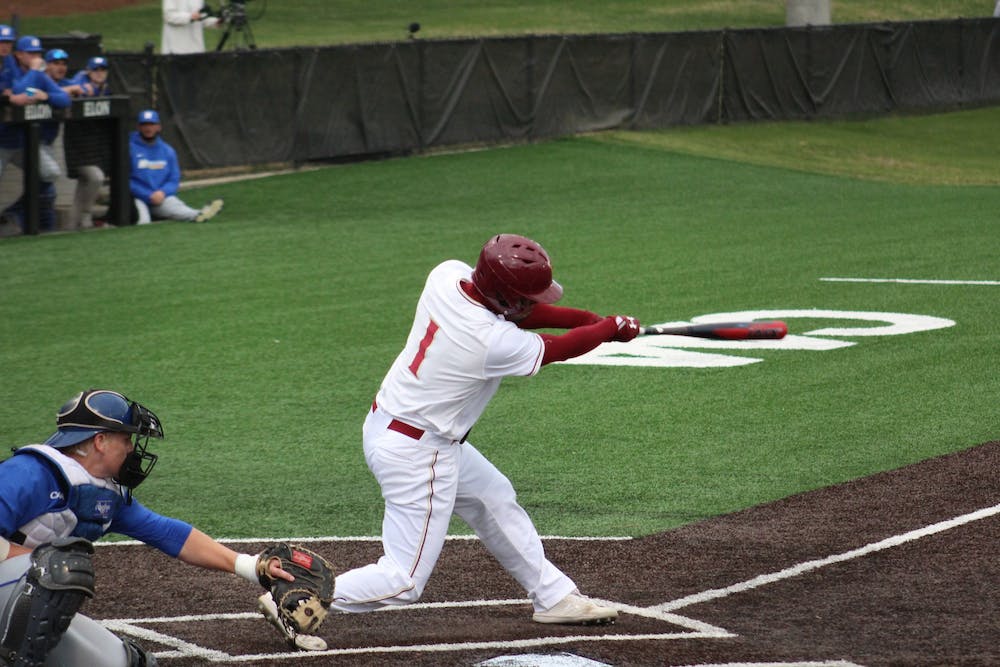 The struggles in the field for Elon University’s baseball team continued Sunday, as the team committed five errors in the final game of a three-game series against the Hofstra University Pride, losing 15-5.

The Phoenix used five pitchers against the Pride, but none were able to get into a rhythm, as Hofstra led 9-1 after six innings. The Phoenix battled back to make the score 9-5, but a six-run eighth inning for Hofstra slammed the door shut.

Elon left 12 runners on base and committed five errors, both season highs for the team. Head coach Mike Kennedy was disappointed with the team’s overall performance.

“We weren't good at all in any area today, bullpen included,” Kennedy said. “We've got to get one thing going, either hitting or defensively.”

“I’m just sticking to my plan,” Iadisernia said. “I’m going up there with confidence and trying to beat the pitcher.”

Elon travels to face local rival High Point on Tuesday before a three-game series hosted by conference opponent James Madison over the weekend. Kennedy said the team needs to do simple things better, but he has confidence the team will rebound on the road trip.

“We’ve got to catch the ball, no question about it,” Kennedy said. “But our guys will work hard. They're good kids, and I think they'll get after it.”