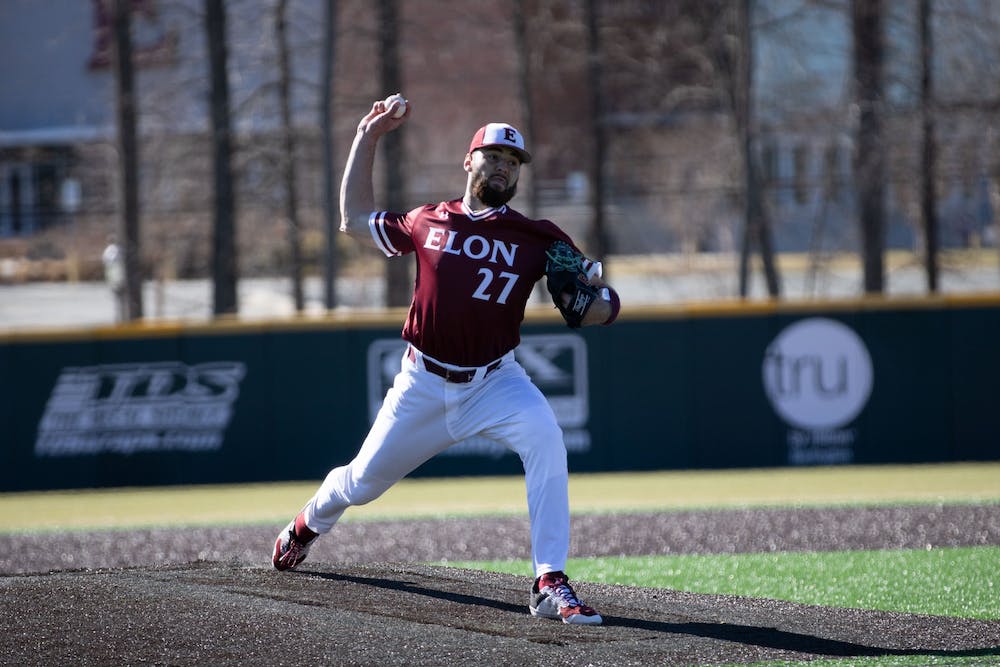 Last season ended in disappointment for the Elon’s men’s baseball team with a tough loss to the College of Charleston in May. The Phoenix finished with an overall record of 22-22 last season, finishing second in the South division with a divisional record of 10-8 in the Colonial Athletic Association.

The baseball team looks to build on last season’s tough ending with a strong season and postseason push this spring.

When asked about his expectations for the upcoming season, head coach Mike Kennedy said how important improvement in pitching was for the team as they enter the spring season.

Like most other sports at Elon in 2022, COVID-19 continues to be a hindrance in how the team prepares and performs. When asked about its impact on the team’s offseason preparation and practices, Kennedy said the team was fortunate enough to not have many problems regarding COVID-19 in their preparation for the season.

“We haven’t had too many issues, we’ve had a few guys test positive in the past — nothing as of lately,” Kennedy said. “I think we’ve been fortunate with guys having the booster which has made it easier but we haven’t had any issues since coming back.”

One of the big names from last season was sophomore first baseman Cole Reynolds, who had a spectacular freshman season last spring — starting 41 of 43 games while batting .292 with an on-base percentage of .398 and totaling five home runs. Reynolds is still early in his career and does not seem to be slowing down anytime soon. Kennedy mentioned how much he has continued to improve over the offseason.

“He’s a terrific first baseman with a good feel for the strike zone,” Kennedy said. “It was a goal of ours this season to cut down his strikeouts and he’s doing that. As a result he’s definitely getting more hits in our inner squads and we need him there’s no question, he knows that.”