Madison Taylor, development writer for University Advancement and career journalist, is remembered by family, friends and the community he served 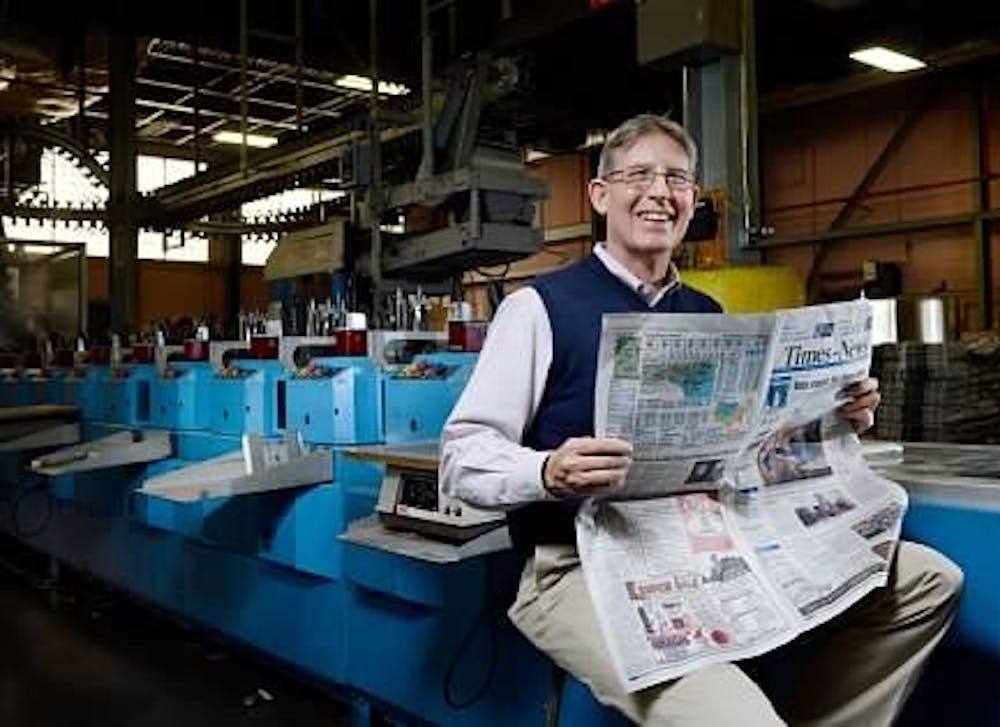 Roselee Papandrea Taylor met her husband at a job interview. Madison Taylor, who worked at the Jacksonville Daily at the time, interviewed her and immediately became her editor. The pair worked together for months before going on their first “non-date date,” and then making their relationship official the day before Thanksgiving. That day, Roselee told Madison to meet her at her father’s house, where her father looked at the two and said, “Lois and Clark.” That sealed the deal, Roselee said, and the two were engaged and married shortly after.

“There wasn’t a day in our marriage that I did not know he was in love with me,” Roselee said, “I was the center of his world, and that was always apparent to me.”

Taylor, who served as a development writer for University Advancement and was a former Burlington Times-News executive editor, died on the evening of Thursday, Jan. 6. at age 62 at Duke Hospital after battling pulmonary fibrosis and emphysema.

Taylor joined the Elon University community in 2017, after over 30 years as a newspaper reporter, designer and editor. As a development writer, Taylor told stories of what scholarships meant to Elon students, how new buildings and programs enrich the student experience and produced requests of support for scholarships and campus initiatives.

“He really loved talking to Elon students. That was probably his favorite part, is actually interacting with students, and being inspired by them and their stories,” Roselee said. “It was very important to him that what he wrote actually did the job, he wanted to know that what [he] wrote, that they were able to use it to actually get a donor to donate money, that was a big deal.”

It was his work at the Burlington Times-News that Elon alumna and former Burlington Times-News reporter Natalie Allison remembers most about Madison. Allison grew up in Elon and learned about Madison through reading the paper, then interning and later working under his leadership. Madison hired Allison for her first job out of college, and Allison eventually took over Roselee’s role as crime reporter for the paper, when Roselee went to work for the university.

“He was a realist and a skeptic while still trying to see the best in people,” Allison said. “I learned so much from five years sitting in the newsroom watching and hearing him interact with his staff and with readers, and he was the role model.”

Allison said she can still hear his goofy laugh, but what she remembers most about Madison is his willingness to talk to anyone and everyone. Madison wanted to make sure that people in Alamance County knew that the newspaper was a place they could go to be heard.

“He made time all throughout the day, to take the calls of people in the community, some of whom all they wanted to do was to lash out and to complain, but he would listen to them and he would field their comments, and he would talk to to lonely old ladies who really didn't have anything they wanted to say, but just wanted someone to talk to,” Allison said.

Under his leadership, the Burlington Times-News won numerous awards and Taylor himself won awards for columns, opinion writing, sports reporting, and film and book criticism throughout his career.

“Madison's impact on Alamance County can't be quantified. He had a pivotal role in making sure we were holding those in power accountable, elevating the voices of the marginalized who hadn’t always gotten space in print, and giving people a reason to subscribe and read the paper every day,” Allison said.

Madison had an impact on the community through print newspapers, but his impact online was large, too, Roselee said. After posting about Madison’s death to Facebook, Roselee had hundreds of comments from family, friends and community members alike.

“I will tell you that he died on Thursday and guarantee you, whoever’s birthdays were on Wednesday on Facebook, he wished them a happy birthday,” Roselee said. “Right now, the number of people, the number of stories that people are posting on Facebook about him, it’s overwhelming me … it’s all just very overwhelming and very moving and a testament to the impact he had on the community.”

Taylor is survived by his wife, Roselee, who serves as Elon University’s associate director of university communications for admissions communications, and their rescue cat, Typo.

Messages of sympathy can be sent to 480 Whitt Avenue, Burlington, NC 27215. Information about a celebration of life for Taylor at a later date will be shared once arrangements are finalized.