Merrill, last served as superintendent in the school system in the early 2000s, brings 20 years of superintendency experience to Alamance County 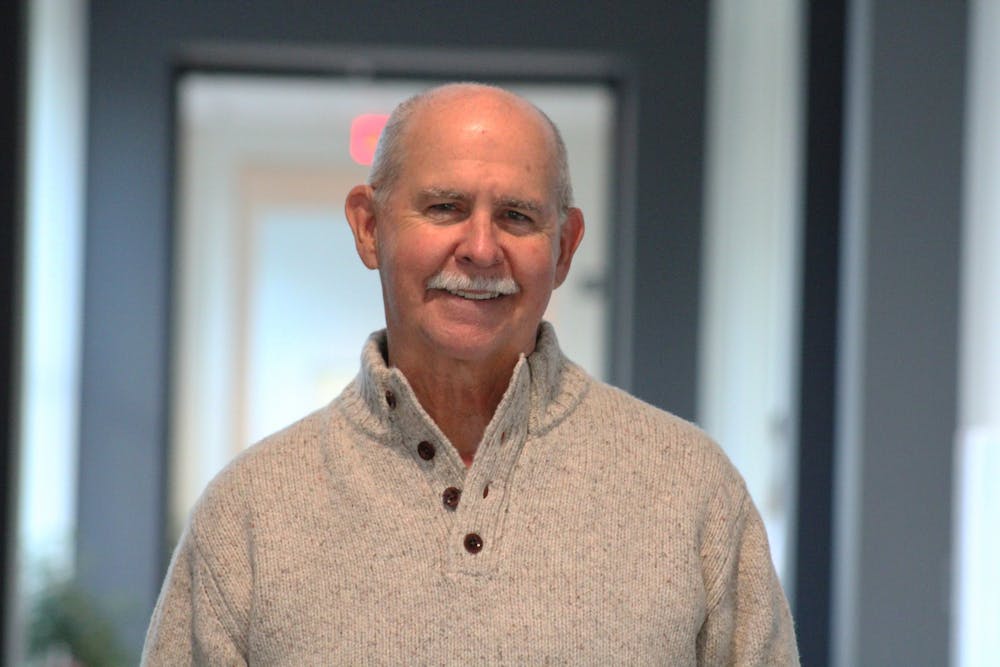 It’s been over 16 years since Jim Merrill walked down the halls of Alamance Burlington School System as the superintendent. Now, after serving in three other school districts and an official retirement, Merrill returns to ABSS this year as the interim superintendent.

His new role comes after former ABSS superintendent Bruce Benson resigned at the end of 2021, cutting his contract short with three and half years left. As ABSS searches for a new successor in the coming months, the school system can say they’ve found someone deeply familiar with the position for the meantime.

“It’s strange to return to that office. To walk those same halls … There's a lot of images that walk down with me,” Merrill said.

Named North Carolina Superintendent of the Year in both 2005 and in 2017, Merrill finally announced his retirement as superintendent in 2018, but returned to the job two years later. During the height of the pandemic, Merrill was asked to serve as the interim superintendent for Wayne County Schools from June 2020 to December 2020, where his experience in leading during a pandemic began.

Though he’s only in the position for the next six months, Merrill plans on treating the role like he did in the early 2000s.

“As long as I'm here, I'm going to be operating as if I'm permanent. I'm not going to ignore stuff that needs to be addressed … That's just the way I am,” Merrill said. “Anybody can tread water for a while, but I was asked to help. There's a vacancy that's been there for a while, and it needs to be filled. It's a critical position.”

Merrill said many of the goals he has for the school system come from trying to recognize the severity of what ABSS is facing in terms of its challenges — teacher and staff shortage, overall school system funding, issues surrounding COVID-19 and more. His goals include increasing communication throughout the school system, finding consistency across schools in management, leadership, discipline implementation, creating board cohesion and portraying the correct image of the district.

According to Merrill, many of the challenges ABSS and other school systems across the country face today have to do with funding. This is one thing he will keep in mind as he plans to move schools forward with the pandemic still strongly affecting education.

“Funding is always an issue in various states and from community to community, and whether folks want to hear it or not, compensation is related to retention and turnover. It's not just that, but it is certainly a piece that can cause people to leave,” Merrill said. “But if you want someone to stay here and not go to a district next door, or halfway across the state, or to the Union state up north that pays 10, 15 grand more, you got to step up.”

New ABSS board chair Sandy Ellington-Graves will work closely with Merrill and the rest of the school board to accomplish these goals, as she believes the school system is in a “pivotal time right now.”

Besides the years of experience Merrill brings to the table, Ellington-Graves said she looks forward to the ways he plans on strengthening the school district such as implementing a quarterly forecast to the school board that will map out goals and possible accomplishments and give a framework for moving forward.

“He has an extensive resume and just so many accomplishments and education,” Ellington-Graves said. “As a district, we've got a lot on our plate right now. We are extremely blessed and fortunate to have somebody who has served us prior, who knows our community and come back and lead us in a time of transition.”

Ellington-Graves said she knew Merrill back in the early 2000s when he served as the superintendent when her children were enrolled in ABSS — a full 360 moment for her.

The school board will continue to search for the next superintendent as Merrill serves as interim until June 2022. Merrill, meanwhile, will continue to work in the place where his career first began.

“I've had a lot of love, and sweat and blood in this community from my first superintendency,” Merrill said. “I'm living here again, and I could be living anywhere in the world probably, but I'm back here and I’m excited to be back.”