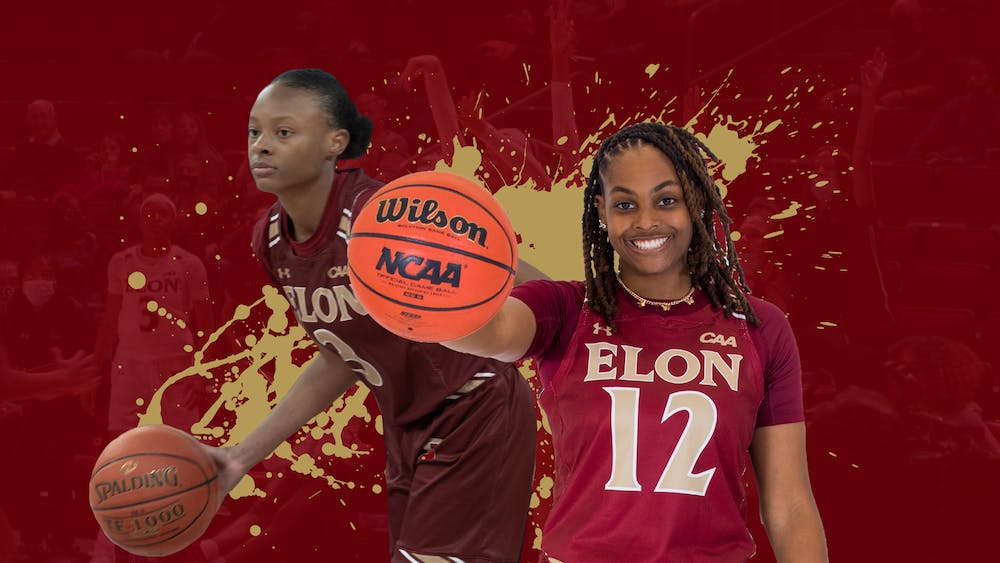 James isn’t headed into Elon blind, however, as senior guard Brie Perpignan was her teammate at Bishop O’Connell High School in Arlington, Virginia. When James was a freshman, Perpignan was a senior. Perpignan said she was glad to be reunited with James.

James also shared her excitement about being able to play alongside Perpignan for her last year.

“The one thing I love about Brie is she always has energy and she's always been a leader in my eyes.” James said. “So I'm glad that I got to do that again for one more year.”

Harmon spent her first two years of college playing for the women’s basketball team at Purdue. She was ranked as the 42nd best recruit in the nation out of high school by  Preferred Athletic Scouting Services, a scouting firm that evaluates high school players, but saw little to no playing time in her two seasons at Purdue.

According to Harmon, she entered the transfer portal looking for a college where she could get some more opportunities.

“For me, it was really a leap of faith,” Harmon said. “I never really looked into Elon before going to Purdue or thought about going to North Carolina or playing here at all. So, I just wanted to go closer to home, get a better opportunity to play. And once I started looking into Elon, it seemed like the right decision.”

James transferred to Elon after one year at St. Peter’s University. She started 27 out of 28 games, averaging 8.6 points and 8.1 rebounds per game, leading her team. James decided to transfer to Elon to live closer to family.

“With it being COVID and me being a freshman, it was hard being away from home and not being able to see my family,” James said. “So, it was a great season, but after, I knew I would like to be closer to home and see my family during that time.”

Head coach Charlotte Smith said she is excited to see what James and Harmon can bring to the team, and expressed confidence in both of them. Coming off a rough offensive season, Smith said she was looking for scorers, and that’s exactly what she found.

“Bria's a great scorer from multiple levels,” Smith said. “So just trying to get her to understand that she needs to be more aggressive offensively rather than just orchestrating the team.”

Smith also had praise for James, highlighting her outside scoring and rebounding ability and previewed how James’s presence could lead to championships for the Phoenix.

“Ajia has great outside shooting,” Smith said. “We need some really good three point shooting. One of the things that I liked about her is that she was a great rebounder and the years that we won championships, we were really good at rebounding.”