The Fall Dance Concert will hit the stage Nov. 12-14, and some dancers say they’ve noticed a decrease in mental and physical well-being with extra rehearsal times 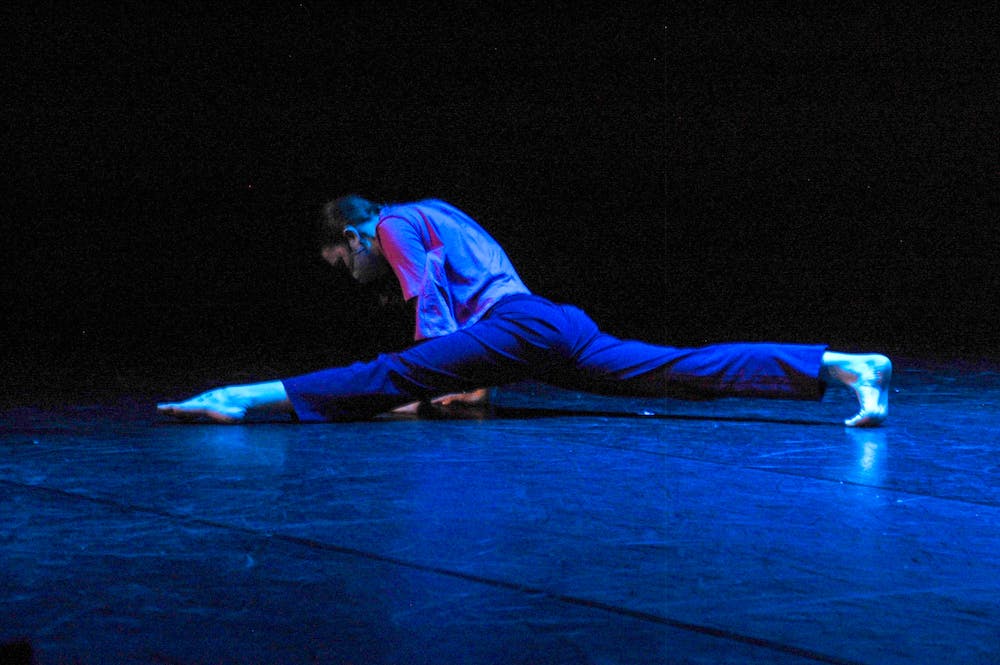 While most performers in the Fall Dance Concert only need to know their one part in the dance, freshman understudy Katey O’Connell has to learn and practice all parts. For each rehearsal, O’Connell switches positions so she is prepared to step in for any scenario.

“I don't know who I’m going to have to go in for at any given moment for each rehearsal, having jumped in for somebody new to make sure right off the bat, I have it down like the back by hand,” O’Connell said. “It's definitely a stressor with confidence levels, because all these girls have been rehearsing the same part every week, whereas I have to change on a dime.”

This year, dancers will be able to perform maskless, but audience members will be required to wear masks during the performance. Social distancing regulations have been put in place requiring six feet between dancers and the front row of the audience, with the audience wearing masks during performances. With these guidelines there are less tickets and the shows are already sold out. The performances will be in Roberts Theatre and include a mix of student, faculty and guest choreographer’s original pieces.

Director of the Fall Dance Concert and professor of dance Casey Avaunt said most performers have been dancing for the majority of their lives and know what to expect during tech week. She said there is more excitement and precision in movement seen as the concert grows nearer.

“I think it's an intense time, but it's also a really exciting time. I think it's when you start to realize all the hard work you've been putting in over the semester is going to actually come to fruition and be something really exciting that people want to watch,” Avaunt said. “Even though it's exhausting, the students are really having fun and it's high energy.”

Senior Lauren Weinberg choreographed a piece that will be featured in the Fall Dance Concert based on her experience with the March of the Living educational program, where participants visit concentration camps and try to better understand what it was like living through the Holocaust. It is entitled “Just a Number.”

Weinberg said in previous rehearsals, the only people present were her and her understudy, but during tech week, everyone is watching, and she has to think about the audience and how they can get the best view, lighting and understanding.

“I think just because you're performing it on a stage rather just in a rehearsal studio, there's a bit more to it you know,” Weinberg said. “How can everyone get the best view and what can you do as a performer, then in my case, as a choreographer as well. … When I go to tech week or dress rehearsal, it's like, everyone, every cast and crew member is also watching.”

Although Weinberg is excited for her first live show in two years, she said she has been overthinking and stressing about the dance and trying to make sure it’s perfect to not disappoint the audience.

“I think it helps that I have understudies and faculty and staff on my side looking out for me and in the best interest of myself and in my dance in my process,” Weinberg said. “But at some point like I just have to be okay with what's happening and how it's going and take some of the pressure off myself because then I'll drive myself crazy.”

O’Connell said there are positives and negatives to tech week regarding time management and emotional release.

“It definitely tacks on a little bit of extra time pulling my mind away from schoolwork which is good and bad. It's definitely a nice release and outlet. But at the same time, it does pull some of my focus away from my schoolwork which can get overwhelming at some times, so you have to be really good with time management,” O’Connell said.

With tech week rehearsals beginning, freshman dance major Gia Nguyen said she is excited to perform in her first show at Elon, but said she is already feeling sore as training intensifies.

“As it gets closer, I think they get more intense because it's all about cleaning it to perfection like before the concert,” Nguyen said.

“I definitely think being a freshman, you're kind of jumping into a new thing,” Peck said. “But other than that, I think the dance department handles everything super well and getting freshmen integrated into the new system. So I think that they do what they can to keep you mentally set, in a good spot and not stress us out too much.”