Students face challenges with physical changes in the university 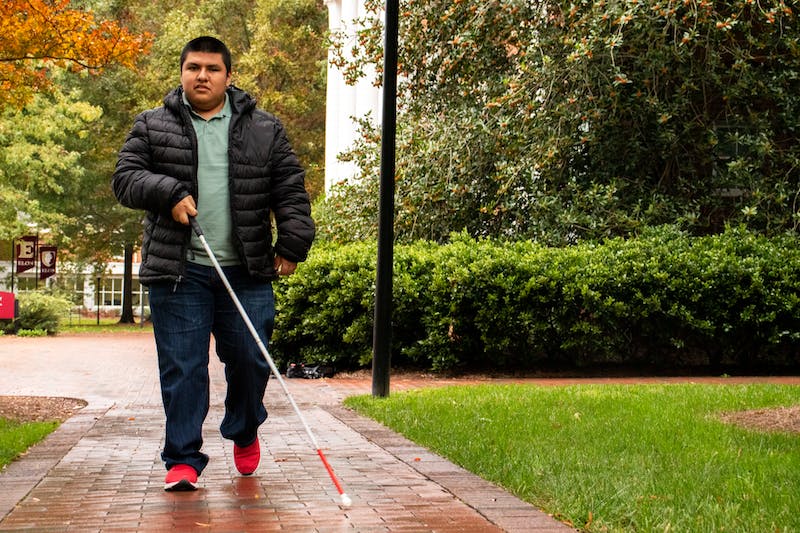 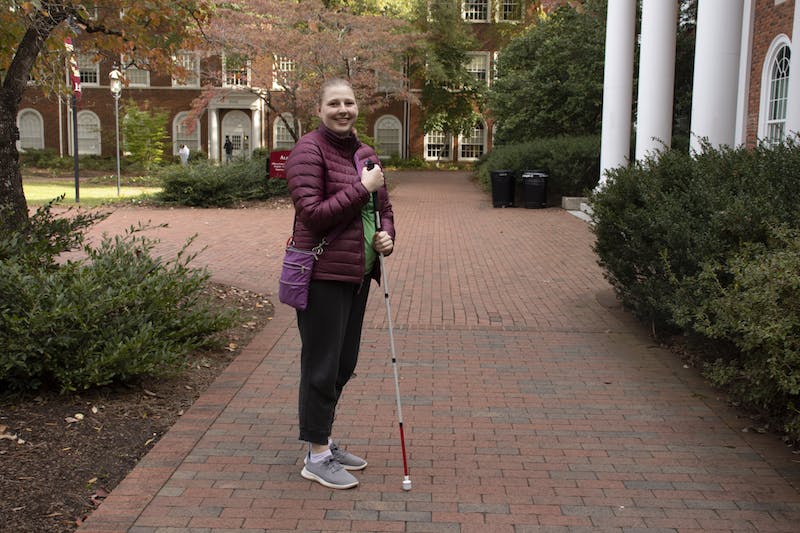 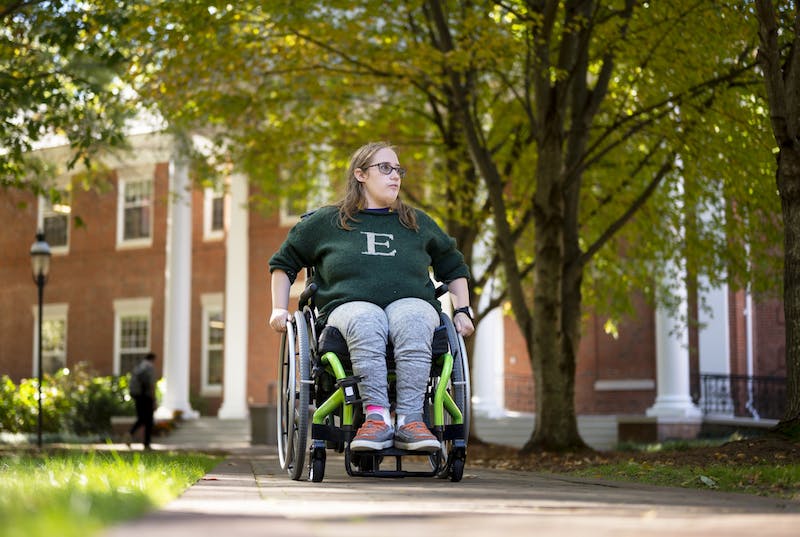 Sophomore Victor Gaspar was born visually impaired. Though he has enough vision to see objects and can move around in good lighting conditions, there are some areas on Elon University’s campus where traveling is a challenge when it’s dark. As he walks in lower lit areas, Gaspar sometimes questions where is headed next.

“Am I actually going to veer off into the wrong place?” Gaspar said. “Which wouldn't necessarily be a bad thing, I'd be able to find my way around, but it's just not as convenient if it takes me longer to get to a place if there were actual light poles there.”

While Elon has tried to make its campus more accessible to his needs and to other students with physical disabilities, the university’s older campus, which is continuously growing in population size and property width, brings new changes every day. From learning a new class route on campus every semester to working around the university’s construction areas such as the Innovation Quad project, adapting to Elon’s campus with a physical disability can be challenging.

“With a campus that is constantly growing, there are always challenges. Elon University’s campus has standards for walkways and also complies with ADA requirements,” Stevens wrote in a statement to Elon News Network.

But while sending in FixIt requests — a work order system that documents when a repair is requested or completed — may eliminate specific issues, some areas of campus are still difficult to navigate through, at least for sophomore Ella Nutt. Diagnosed at birth with spina bifida, a condition that affects the spine, and hydrocephalus, a build-up of fluid in the brain, Nutt fully operates in a manual wheelchair.

“Where the ground is kind of uneven, I have to be careful of where I direct the chair,” Nutt said. “There have been a couple of times when, if the wheel on the wheelchair hits one of those spots just right, it actually can cause the wheelchair to flip over.”

In certain areas of campus, such as the crosswalk between the McMichael building and Numen Lumen, Nutt struggles with uneven cobblestone paths when crossing the street. Paths with missing bricks also make it difficult for her to manually navigate the chair in a new direction.

The older parts of campus, such as in the Historic Neighborhood, are also areas where Nutt struggles to get from one location to another.

Though physical campus challenges are evident for some students with physical disabilities, there’s another main obstacle students face: communication between the university and students with physical disabilities. Earlier this year, there was an instance where the elevator wasn’t working when Nutt arrived at class in Schar. Unaware of the malfunctions due to the lack of communication between the student and university, Nutt couldn’t make it to the second floor of her class.

“Nobody reached out to me,” Nutt said. “I showed up to the building for class that day and they were like, ‘Oh, it's broken,’ and I was like ‘OK.’”

“I enjoy serving as a student advocate,” Nulty said. “Students with disabilities and other diagnoses can oftentimes be underrepresented and having the ability to be an additional voice for them gives me an opportunity I wouldn’t have just anywhere.”

According to Nulty, if issues with property are owned by the town of Elon, facilities management also assists in ensuring those areas are addressed as well. The town of Elon’s disability management has been discussed at past Board of Aldermen meetings this year. According to the November agenda meeting, the board went over the town of Elon’s local government self-assessment on current programs in place and facilities regarding accommodations for residents with disabilities. The town entered a contract with Stewart Inc. — a design, engineering and planning firm based in North Carolina — in June 2020.

Sela Cornell, a sophomore who has been visually impaired since she was born, said that she faces communication issues at the university as well. When she arrived at Elon, communication with some professors was challenging in terms of accommodating her needs. Cornell said she experienced a time where a professor had difficulties working with her because they felt it would give her a leg up in class, when really Cornell just wanted to be “up to the level” with everybody else.

“A lot of people with my condition are completely blind, and I am fortunate enough to have a lot of usable vision,” Cornell said. “But I was shocked at how much I was told after graduating high school about certain teachers not wanting to accommodate me because they thought it would make it unfair to other students.”

While most professors work on a case-by-case basis with accommodations for students with disabilities, Cornell said that students should never have to prove the severity of need for accommodations. She ended up solving her learning accommodations with the professor, but only after bringing in disability resources for assistance.

“My big issue, now that I'm responsible for handling this kind of stuff on my own, has just been mostly frustration at feeling like I need to prove that I need the accommodation,” Cornell said.

The desire of being independent has been one way students with disabilities use to combat challenges they face on campus. For Nutt, individuals around her should consider the idea when they see her or students who face the same challenges as her “to ask if the help is needed, rather than just assuming that it's needed.”

“I don't tend to ask for help that much because I like the feeling of being independent more,” Nutt said. “I think sometimes people are in a position where they see that somebody might need help, but they don't necessarily know how to offer it.”

And for Cornell, individuals should learn to observe before playing the hero card.

“Find a good mix between asking if they need help, and letting them come to you and ask for help,” Cornell said. “Because I know sometimes I find it frustrating if people automatically assume that I need help.”

Because she was given mobility lessons and introduced to new skill sets at a younger age, Cornell said she has grown to become more independent. Cornell grew up in a school system where disabilities services helped her learn to read braille and utilize her walking cane.

The sense of being independent is also a way for students to continue exploring Elon’s campus in a different way. Though Gaspar became familiar with the university’s layout, such as walking down East Haggard or traveling from the Global Neighborhood to McEwen Dining Hall, there’s areas of campus he still needs to adapt today despite some of the challenges.

“As time goes on, you just learn more paths, and you just connect things,” Gaspar said. “That's how I am now. I'm like, ‘Oh, well, maybe today's the day that I'll just go pick out a random path and see where it goes.’”