Phoenix swept by Huskies in back-to-back losses this weekend 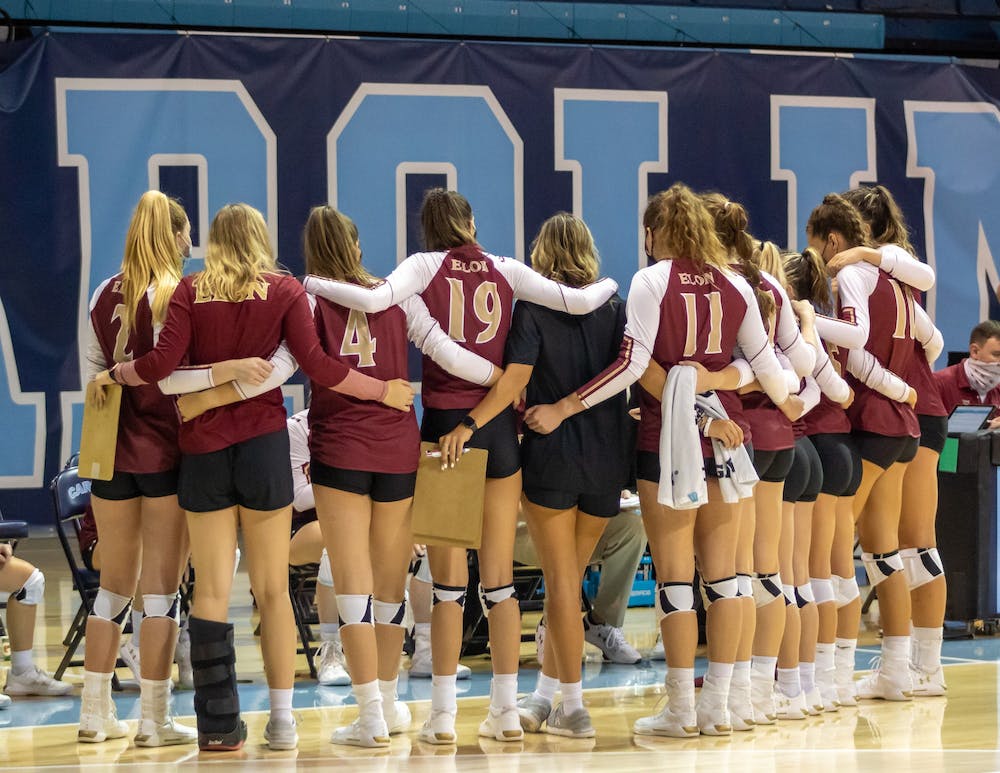 The Huskies, who had home-court advantage in Boston, won the first two sets by a score of 25-21, creating a lead early on that Elon could not come back from. Northeastern finished off the match by taking the third set 25-18.

The Huskies outperformed the Phoenix in several key categories, leading the match with 47 kills, 7 blocks and a 56.8 scoring percentage, compared to Elon’s 34, 6 and 45.9 respectively.

Despite the loss, the Phoenix have more wins than any team in Colonial Athletic Association with eight — the most in a season since the program joined the conference in 2014. This loss puts the Huskies further ahead in the all-time series at 11-5.

Elon’s volleyball team is scheduled to face William & Mary next Saturday and Sunday in Williamsburg, Virginia.