The Phoenix took the Northeastern Huskies to five sets, but could not pull out a victory 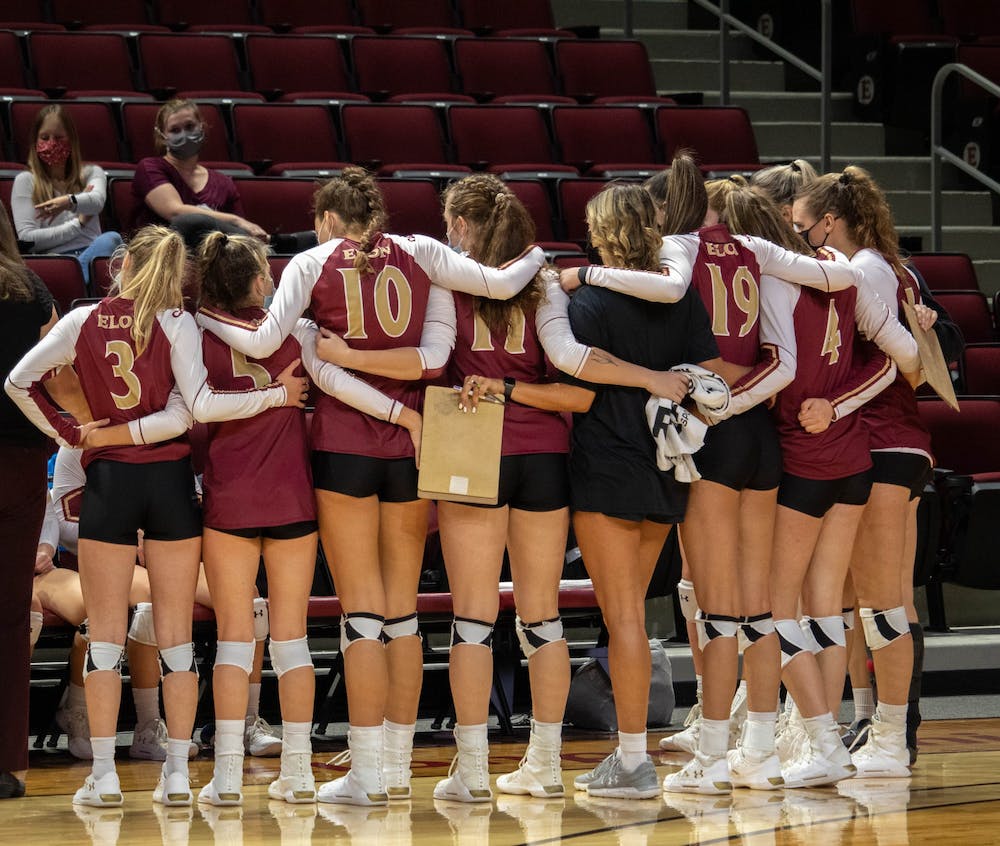 
The Elon women's volleyball team groups together during a break against the game against UNC Asheville on Sept. 10.

BOSTON —  Elon University’s volleyball team took the Northeastern University Huskies to five sets, but could not come away with a victory.

The first set was tight and neither team could pull away. There were four lead changes, and the largest lead for either team was three points. Behind great defensive play from senior outside hitter Kellyn Trowse, who finished with a team high 14 digs, the Phoenix was able to win the set 25-23.

Elon jumped out to a quick 4-0 lead in the second set, but it did not last, as Northeastern quickly  tied the score. A 5-0 run late in the set for the Huskies changed the momentum, and they battled to win it 25-22.

However, the Phoenix did not fold under the momentum change. With help from senior setter Haylie Clark’s 11 third set assists, the Phoenix kept the Huskies at bay and maintained a small lead throughout the set, winning it 25-23.

With this loss, Elon falls to second place in the CAA standings behind James Madison University. Elon will face Northeastern again tomorrow, with the match beginning at 2 p.m.