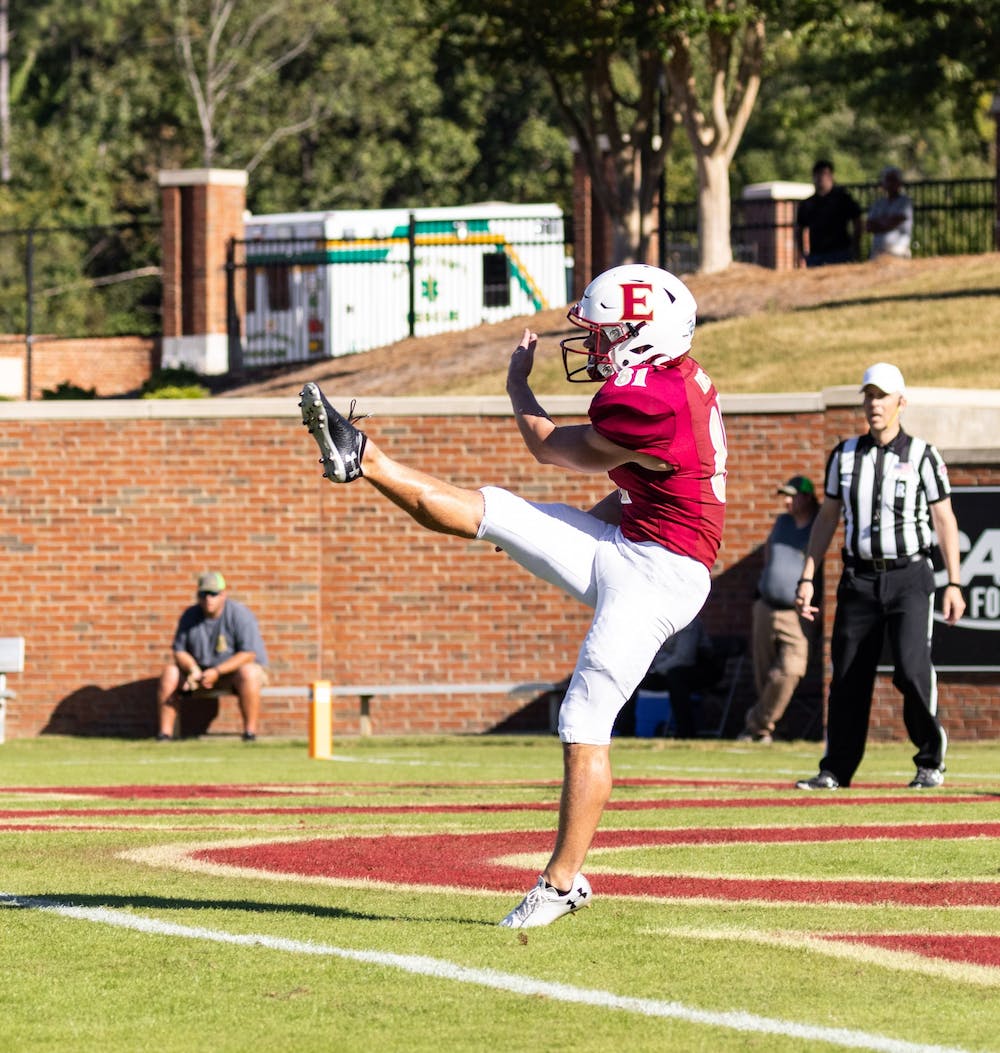 Senior quarterback Davis Cheek threw for 328 yards, completing 27 of his 31 pass attempts against a secondary that has allowed fewer than 200 yards per game so far in 2021.

Cheek, who leads the Colonial Athletic Association in passing yards per game, said this game was “personal” for him; he threw four interceptions against the Wildcats in 2019.

“I still remember everything the players were saying to me [during the 2019 matchup],” said Cheek. “I used it as motivation.”

Cheek did throw an interception in the first quarter, but bounced back quickly by completing his next 17 passes. Cheek has been on a tear over the last two games, completing 56 out of 64 passes for 660 yards in that span.

Cheek also added a rushing touchdown at the end of the second quarter to put Elon ahead 14-10, giving the team its first lead since it was 7-0. Elon would not relinquish that lead for the rest of the afternoon.

The Phoenix struggled to establish its run game throughout, only recording 50 yards on 31 rush attempts. The first half saw the Phoenix register a total of negative four yards rushing.

“We couldn’t have played much worse in the first fifteen minutes, but our guys put it behind them,” Head Coach Tony Trisciani said.

Elon turned the ball over twice in the first quarter, but maintained a positive turnover margin for the rest of the game thanks to a third quarter interception from junior linebacker Marcus Hillman.

The Wildcats recorded a touchdown in the first quarter and a field goal in the first minute of the second quarter but spent the next 44 minutes scoreless. Elon’s defense shined in the matchup, allowing just 127 yards through the air and 87 on the ground.

The win marks Elon’s first win at home this year, fourth win of the season and third consecutive win in the Colonial Athletic Association.

“It feels great. We talked about it as a team this week — I really wanted the guys to get a win at home,” Trisciani said. “It was big and it was important to us. We wanted to defend our turf.”

The Phoenix head on the road to James Madison University on Oct.  30 before returning home the following Saturday to face Villanova University on Homecoming weekend.