Boswell, who served as the associate dean of Brown University, succeeds Rev. Dr. Jan Fuller as university chaplain and will begin on campus July 5 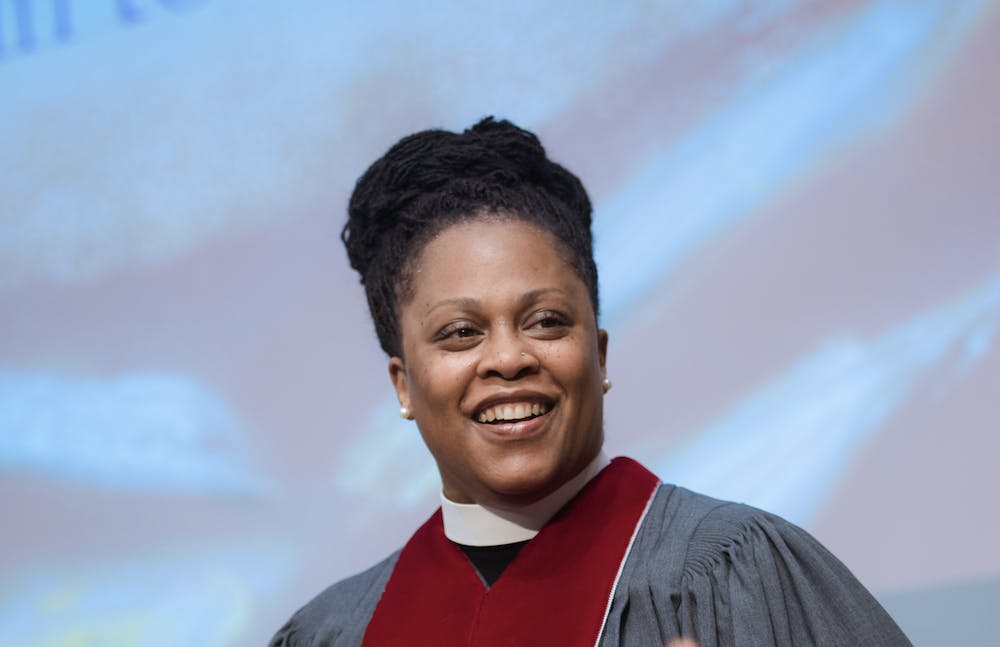 When she was little, Rev. Kirstin Boswell wanted to become a nun when she grew up. Even though she is not Catholic, she felt drawn to the profession.

“I wanted to be able to live a life that contemplates God, the divine, those larger questions,” Boswell said. “I didn’t feel comfortable sharing that during my younger years, but as I got older, I felt that it was there in the background and resurfaced when I was in college.”

Boswell, who served previously as the associate dean at Brown University, took her dreams of wanting to be a nun and ended up in ministry. She will take on her new role as Elon University’s fourth full-time university chaplain and dean of multifaith engagement in July.

“When I saw the information about the position, it really seemed like it was a good fit for me, for the types of work that I do best, and enjoy, and really feel called or led to perform,” Boswell said.

Boswell, an ordained clergy member with the American Baptist Churches USA, said she was impressed with the relationships created between students and faculty at Elon and the university’s multifaith culture. The ministry experiences she will bring to Elon include receiving her Master of Divinity from the University of Chicago Divinity School, where she is currently completing her doctorate in anthropology and sociology of religion, and her role as chaplain at the Massachusetts Institute of Technology in 2017.

The growth of Elon’s multifaith culture over the past 10 years under former university chaplain Rev. Dr. Jan Fuller, who announced her retirement in fall 2020, was one of the reasons Boswell was attracted to the position. Though Fuller was not part of the search committee that brought Boswell to campus, she was able to give feedback on potential chaplains.

“As I got to know her in her visit here, I came to really admire her and feel very secure about her potential leadership at Elon,” Fuller said. “When she was named the chaplain, I was thrilled. I am thrilled at her pastoral abilities and abilities to envision where we need to commit. I am delighted that it’s her.”

According to Brian Pennington, director of the Center for the Study of Religion, Culture and Society and professor of religious studies, Elon received a number of applications from across the country for this position.

“This chaplaincy position was one that was very sought after because Elon has such a great reputation nationally in terms of multifaith programming and education and study of religion,” Pennington said. “We needed somebody who has the kind of temperament and carriage to represent the university all around the country and represent the university to itself at major university occasions.”

As a member of the chaplain search committee, Pennington contributed to the development of an official job description for the high profile position. Responsibilities of the university chaplain include representing multifaith culture at university events and leading the campus during a grieving and mourning process. Pennington said one of the things that impressed the search committee about Boswell was her strategic thinking and understanding of systems within communities.

“We are excited about the possibility that she can fulfill some of Rev. Fuller’s vision of a campus more widely involved helping students to navigate questions of identity and belonging,” Pennington said. “I think Rev. Boswell can help take Elon to new places, and that’s the most exciting thing.”

Boswell’s term begins July 5, and she said she plans to create conversations, listen to the community and identity questions before moving forward.

“Whether people identify as religious, or whether they don’t, it’s about doing work centered around those commonalities that we all share, so understanding and answering the big questions,” Boswell said. “I hope to be a resource to the entire community.”