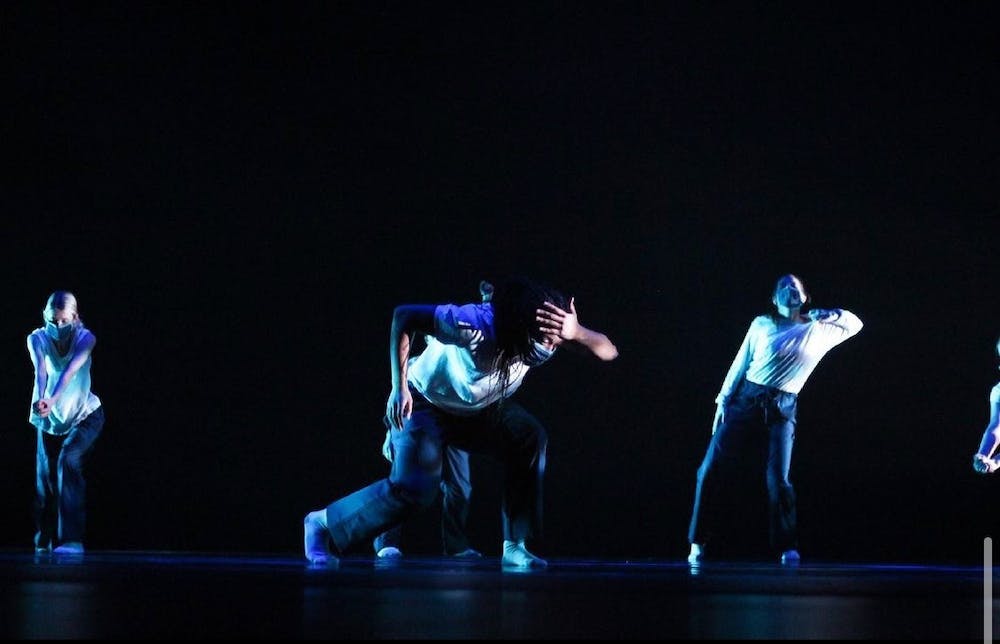 Elon University students are quick to find their spots — a place where they, unintentionally or otherwise, will spend most of their time over the course of four years.

Sophomore Kayla Spalding’s spot is the Center for the Arts. She spends 10 hours a week on average in dance classes, and the CFA has become a place of motivation, holding some of her favorite memories.

Spalding applied to a number of college dance programs across North Carolina, but Elon felt like home. Now, she is pursuing a BFA in dance performance and choreography and believes the support from the faculty is special.

“Our dance faculty is just so supportive, consistently,” Spalding said. “If there’s an issue, they want to make it work the best way they can. And if there’s not, they’ll hint at alternatives or initiatives you can take to figure something out.”

Spalding and sophomore Eileena Boyce are two of several performing arts students who expressed their gratitude for Elon and its programs, but they also believe the university can provide more financial resources and emotional support for students studying across all performing arts disciplines.

Boyce said throughout her time at Elon, she formed close bonds with not only other dance majors but the faculty as well. She said she doesn’t cross paths with the other performing arts students as much as she would like.

Boyce said though she is thankful for the opportunities Elon and the performing arts department have provided her with, that doesn’t mean there aren’t areas that could benefit from change.

“I don’t want to make it seem like I’m not grateful for all the experiences and everything, because I definitely am,” Boyce said. “I’m so thankful for Elon, just everything as a whole, but sometimes I feel like certain parts of the performing arts aren’t valued as highly.”

Junior Alex Nemfakos, a theatrical design and technology major, said the nature of each performing arts program varies, which means opportunities differ too. But she believes some programs receive more attention than others.

“By the wider university, we’re not paid attention to,” Nemfakos said. “We’re a pretty small major — we’re just a BA, we’re not a BFA program — but the performing arts department needs us, otherwise, their shows wouldn’t really run.”

"I'm so thankful for Elon, just everything as a whole, but sometimes I feel like certain parts of the performing arts aren't valued as highly."

Nemfakos feels supported within her specific major and believes a majority of the faculty has their students’ best interest. Sophomore Tommy Truitt, an acting major, feels similarly supported by his major’s faculty and said has been given opportunities for professional growth, but he believes students could benefit from interdisciplinary support across the performing arts department and updated facilities.

“For a program that is so big and part of the reason Elon is on the map, it would be nice to receive more funding towards renovation of our building and things like that,” Truitt said. “The SPDC has recently started to provide more programming tailored towards performing arts majors, and that has been nice to know I have that as a resource.”

The Boldly Elon strategic plan for 2030 primarily emphasizes STEM focused initiatives but outlines the university’s plans to create spaces for Elon’s nationally recognized theatre, music, dance, design and music theatre programs. The plan does not elaborate on the proposed creation of new facilities, nor does it reference renovations to existing facilities.

“I look at the new technology that is being poured into the communications department, they have state of the art supplies,” Belarmino said. “And we had to recycle the set from the spring dance concert for the winter musical.”

Belarmino said despite the need for change, she feels a sense of support from faculty like Julio Augustin Matos, associate professor of performing arts and music theatre director.

Matos, a recent addition to Elon’s faculty, said he wants to listen to students and hopes to prepare them to not only enter the performing arts industry but also transform it.

Matos said students have cited mental health and wellness support, in addition to the need for more scholarship money as some of their primary concerns. He said he wants to ensure a safe and inclusive environment for all students to train and grow in their craft.

“All of this is important for me to hear,” Matos said. “To create steps with the faculty and staff and say, ‘This is what we’re doing this year. We’re listening.”

Matos said he believes the university is supportive of the performing arts department’s vision. He referenced the university’s hiring of a more diverse group of faculty, who he hopes will aid him in creating an environment where all students feel not just emotionally and financially supported, but represented by the faculty who teach them. The music theatre department recently hired two field experts, according to Matos, who are also women of color.

“Everything that I do refers back to the why behind what it is that we are doing,” Matos said. The foundation is where we begin. And we’re going to deconstruct the foundation.”

Matos wants students to be a part of the process by involving them directly as active members in the Seasons Selection Committee or Inclusive Action Plan, or indirectly through the Student Advisor Council to the director of music theatre.

“We are creating a culture of transparency and greater communication,” Matos said. “If you’re not strong, if your foundation isn’t inclusive, isn’t equitable, isn’t diverse, then you’ve got to have conversations. I’m training our students to enter the profession that exists, but we’re also training them to change the industry.”