Burlington businesses build back up

Through the help of loans and reopenings, small businesses in Burlington have begun to recover from the pandemic 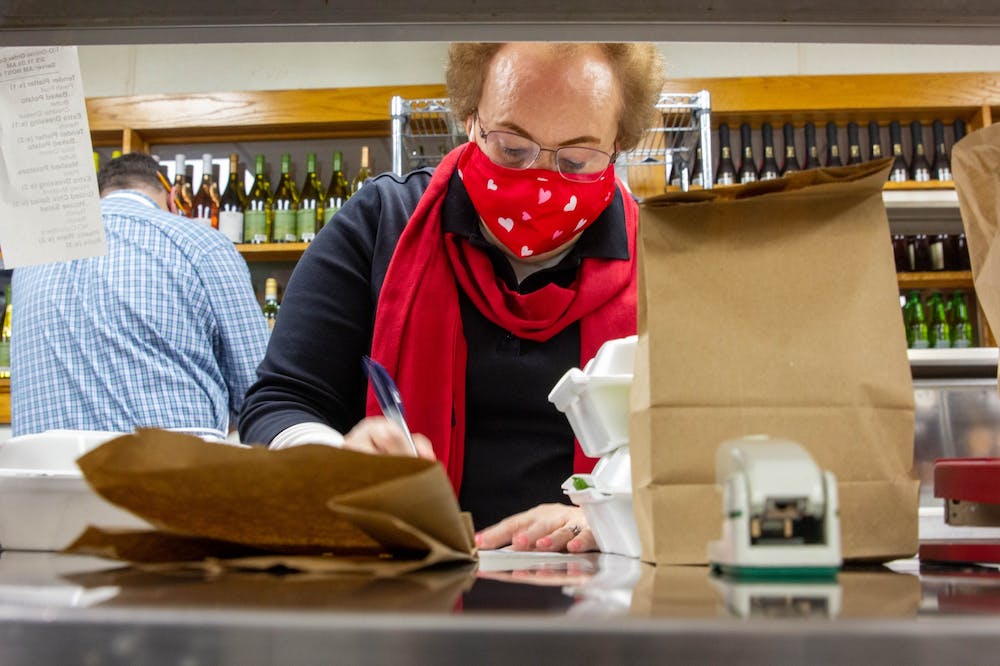 The parallel wooden bars attached to the ceiling above Ityra Robinson’s massage table lay vacant for months. Robinson typically uses the bars to support herself while giving customers Ashiatsu massage — a type of massage in which she uses her feet. Her business, Grove Park Body Therapies, was deemed non-essential in an executive order signed by North Carolina Gov. Roy Cooper in March, meaning it had to close down for 3 1/2 months during the coronavirus pandemic.

The economic disruption small businesses have faced has exposed the fragility of some, according to Peter Bishop, the director of economic development for the city of Burlington.

“Another thing about small businesses is a lot of them don’t keep a ton of cash on hand necessarily to cover expenses or emergencies,” Bishop said.

According to a survey conducted by the North Carolina Department of Commerce in October, 66% of small businesses in North Carolina have had decreases in revenue since the start of the pandemic. In Burlington, about 58% of businesses are considered “microenterprises” — businesses that have fewer than five employees — according to Bishop. Robinson’s is one of those.

“My landlord was amazing,” Robinson said. “He helped me to get through it and stay. [At] one point I wanted to close down upstairs ... because I was like, I couldn’t afford it.”

She kept both rooms and opened her doors again in July. However, she retained fewer than half the customers who originally were booking appointments.

“Before COVID starts, you may have eight clients a day,” Robinson said. “After they let you open back up, you have one or two clients a day.”

Due to the low number of customers, Robinson is still relying on loans to keep the business functioning. One program that Robinson’s business qualified for through the city of Burlington was called the CDBG-CV Burlington Microenterprise Loans. These loans have been offered to qualifying businesses in the city with fewer than five employees.

According to Blake Moyer, who is overseeing the loan program, the City of Burlington received about $120,000 from the federal CARES Act for this program. The amount given was why the city of Burlington chose to focus on microenterprises rather than small businesses.

“If we had decided to just do a small business, and to define small business … nationwide small businesses [are] less than 500 employees, we could drain our funds, really quickly,” Moyer said. “So the amount of funds that we had, we wanted to make the most impact per fund.”

Businesses that qualify and are accepted can receive a one-time forgivable loan for up to $7,000. The program has accept 6 business

Wayne Blunting and Randy Cox — who own Village Grill and Blue Ribbon Diner — relied on Paycheck Protection Program loans from the federal government to get through the pandemic.

“We are very fortunate that we applied and got the first PPP loans. We have three locations: two Blue Ribbons — one in Mebane and one is in Burlington — and Village Grill,” Blunting said. “The one in Mebane suffered more than the Blue Ribbon here. That helped us survive, that helped us make Mebane survive through those first initial two or three months that we’ve suffered.”

Overall, Blunting and Cox’s sales for all three restaurants were down 20 to 30% for 2020. One reason their sales had not fallen further was that they were already working on an app to place food orders at Blue Ribbon Diner.

“We have been working towards accommodating our business more and more,” Cox said. “Then this pandemic just accelerated everything.”

However, according to Blunting and Cox, the restaurants only started breaking even when indoor dining was permitted again in May.

Bishop believes economic recovery in Burlington should be better than other parts of the country, but the recovery of individual small businesses will also come down to type of company.

“I think there’s a lot of considerations based on the type of business and the market it’s in,” Bishop said. “Now in Burlington, we’re in a growing state in a growing corridor. So we have been adding individuals, adding jobs at local and regional centers. So we’re very well positioned post-pandemic to continue having folks relocate to this area and continue our own natural growth here.”

The population of Burlington was estimated to have increased 6.9% between 2010 and 2019, according to the U.S. Census Bureau.

Alamance County had a 3.2% unemployment rate at the end of 2019, according to the North Carolina Department of Commerce.

“The unapplied unemployment rate went from 3.2%, which some would say is full employment and not a positive. That means there’s no workers available for new jobs that are created,” Bishop said.

A year later, in December 2020, the county was down about 2,300 jobs and the unemployment rate was almost at 5.9%, which, according to Bishop, means there are people to fill vacant positions.

Neither Robinson and Blunting nor Cox had to let people go during the pandemic. Robinson is the only employee of her business, and Blunting and Cox only cut hours of staffers. Some left on their own.

Bishop thinks small businesses in the area will continue to develop.

“I believe small businesses look at those trends and that data and see that opportunity and they will continue to come and grow Burlington,” Bishop said.