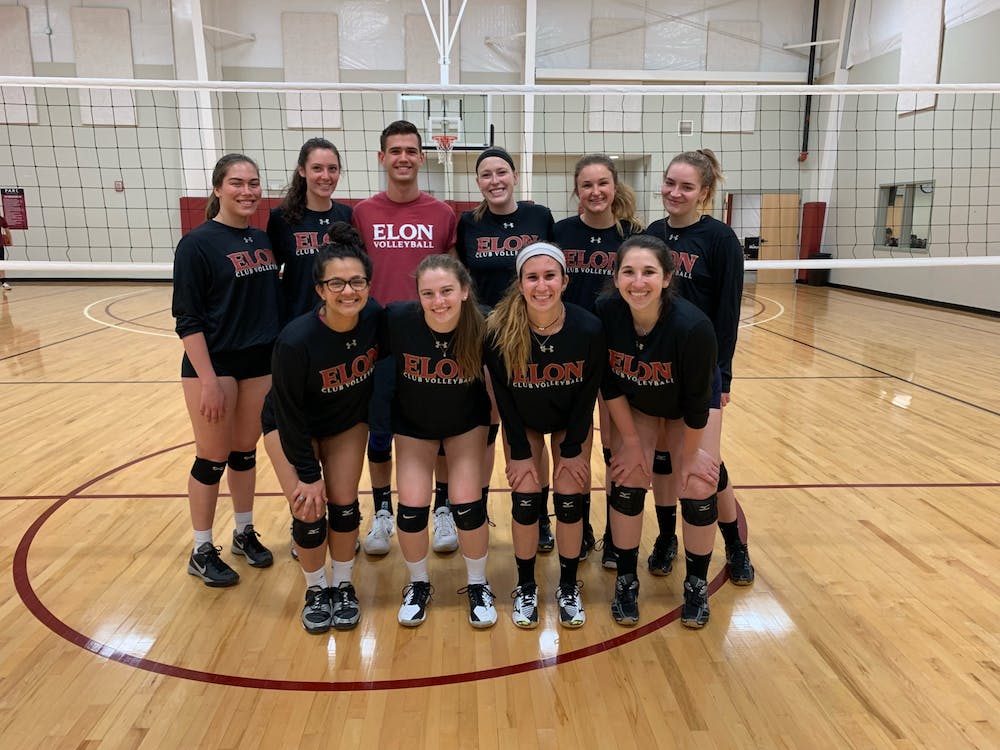 Football games — with the excitement from the crowds and the suspense of the competition — are Elon University senior Morgan Rafferty’s favorite on-campus event and something she looks forward to every year. But this year, football games were canceled, and Rafferty will graduate with the last fall football game she attended having happened her sophomore year.

Similar to Rafferty’s unmet expectations for the football season, many different aspects of her final year at Elon look different than she imagined prior to the start of the COVID-19 pandemic. Rather than attending tailgates, formals, the Elon Ball and other group gatherings, Rafferty and other seniors this year must spend their final year at Elon following of mask ordinances and physical distancing regulations.

Not having the option to attend campus-wide events with friends and family has been one of the hardest changes Rafferty has come to terms with.

"It's those typical college experiences, like going to football games, Homecoming, parents weekend. It's kind of hard that you're not going to be able to get that last chance to do it."

“It’s those typical college experiences, like going to football games, Homecoming, parents weekend,” Rafferty said. “It’s kind of hard that you’re not going to be able to get that last chance to do it.”

As a member of the Elon women’s club volleyball team, Rafferty said not being able to participate in volleyball tournaments this year has been another difficult change for her as an athlete that loves the adrenaline that comes from higher stake games.

The team has traditionally gone to national tournaments each year. But last spring the championship was cancelled. Rafferty does expect it to take place next semester.

While trying to keep her social circle small, Rafferty said that she misses grabbing food with friends she runs into on campus. It is these small interactions with other Elon students that she said truly make Elon an inviting place.

“I kinda miss that sense of community, just like running into people in the hallway and being like, ‘Oh! Let’s go grab coffee.’ Like the little things that I didn’t realize I was gonna miss,” Rafferty said.

Between limiting her social circle and taking classes mainly online, Rafferty said that this semester has been tiring due to the lack of variety in her days.

“Having no new experiences, seeing the same people all the time is exhausting,” Rafferty said. “I’m excited to go home, which I am usually never saying.”

Although she wishes the circumstances of this semester were different and met some of her expectations from years prior, Rafferty said she has come to terms with the situation — something she accepted while staying at Elon during the summer. Living at Elon rather than her home town in Connecticut allowed Rafferty to ease into the new environment of the fall semester.

Senior Alex Xouris also spent his summer at Elon. As a New Student Orientation Coordinator, Xouris said that while taking account of the new precautions he and his team needed to implement for orientation, he gradually became accustomed to the guidelines for the semester.

A member of Twisted Measure, Xouris said he is most upset about the cancellation of the fall a cappella concerts. He joined the organization during winter term of his junior year and has yet to perform in front of a crowd with the group as the spring 2020 concert was also canceled.

With a few months leading up to the 2021 spring concert and lots of changes that need to take place in the U.S. to better the pandemic, Xouris said he does not think he will have the opportunity to perform live with the a cappella group before he graduates.

“I am doubtful that we will have a spring concert which means I will have never actually sung at a concert before which is definitely a bummer,” said Xouris.

Throughout his experiences this year thus far, Xouris said he tries to look on the bright side rather than focus on the negatives of his senior year in a pandemic.

“I’ve just been able to reframe it,” he said. “Of course I can be disappointed and focus on everything that we’ve lost, but I can also just be grateful for, like, the fact that I am still at Elon.”

This positive outlook is something that senior Cameron McCrary also utilizes when thinking about her remaining time at Elon. McCrary said with her limited time on campus, the best thing she can do is make the most of it.

“Some days it’s very hard, and I’m kind of sad that I have so much that I didn’t get to experience as a senior,” she said. “But I think also, part of me that is like, there’s no point in being sad about it because it is the situation, and I just need to be positive and find a way to make it the best that I can.”

Unable to attend the social events within her sorority she enjoys like formals and Greek Week, McCrary said she has changed the way she spends her time.

“I’ve kind of adjusted to making different choices and like spending my time in different ways,” she said.

When thinking about the future, aside from hoping they will get the opportunity to walk across the graduation stage, McCrary and Xouris said that they hope to see changes within the country.

McCrary hopes that the country will be able to keep the pandemic under control in the coming months. And with the inauguration of the 46th president in January, Xouris said he hopes to see changes in the U.S. beyond the pandemic.

“I think with the switch of the administration we’ll definitely — hopefully — see some changes and improvements in the pandemic and in the country,” said Xouris.

While McCrary continues on with her senior year, she said not only does she feel bad for her senior class but also for the underclassmen who have yet to experience a normal year of college.

The circumstances of this semester are something that McCrary herself has yet to fully comprehend as she is not likely to see the university fully back to normal prior to finishing up her four-year degree.

“I don’t think I’ll ever be able to see it normal again,” McCrary said. “Not that necessarily any other grade will, but I think it’s difficult for me to wrap my head around that this is kind of the last part of it.”