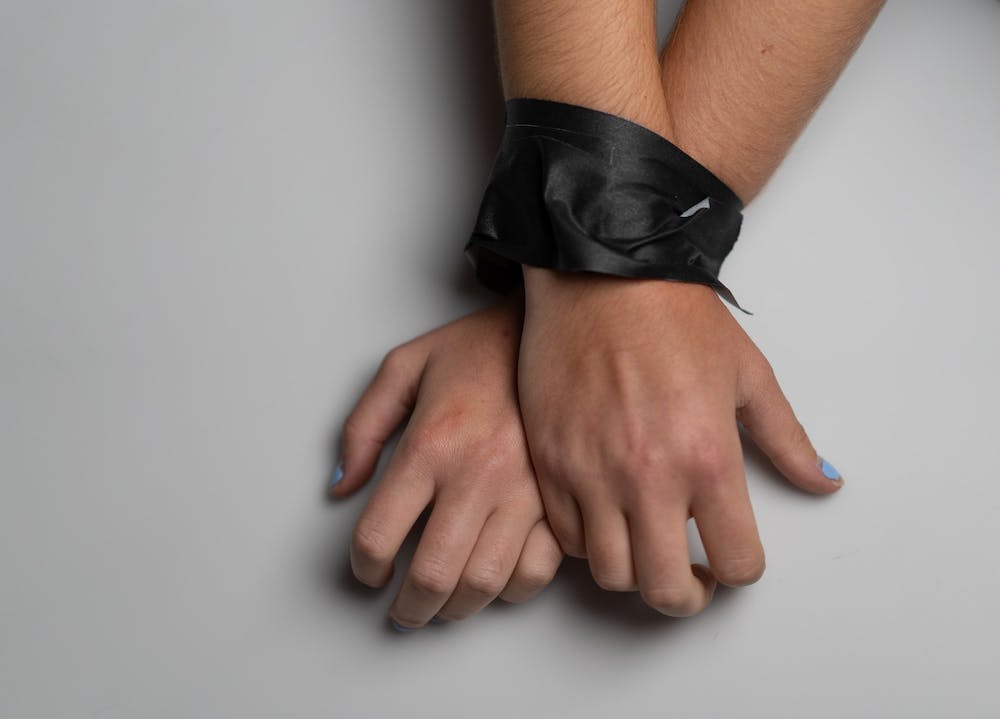 
Human trafficking is a multi-billion dollar industry with an estimated market value of $32 billion.

Human trafficking, a multi-billion dollar criminal industry that is the second-largest in the world, can take place anywhere — including, as economics professor Casey DiRienzo likes to remind her students in her class economics of human trafficking, in their own backyard.

Joel Thomas, police Sgt. for Campus Safety and Police for Elon University, said while there have been concerns about human trafficking reported recently to campus safety, the reports did not indicate trafficking happening on campus, but rather concerns regarding neighboring jurisdictions.

Thomas said that in his seven years at the police department, he and several of his colleagues have not heard of a human trafficking case on campus.

Thomas said campus police welcomes students to call about any trafficking concerns within the university jurisdiction or otherwise, as campus safety can connect students to departments or organizations who could help if the EUPD are unable to.

“We don’t mind at all coming out for something like that, if somebody feels threatened or if they don’t feel safe,” Shockley said. “That’s what our job is; we want to keep people safe. We want to be there for them.”

Shockley — who has been with the Burlington Police Department Special Victims Unit for four and a half years — is one of two detectives who specializes in human trafficking. Shockley said he got into investigating human trafficking because of the lack of education and awareness.

“[Officers] saw … a lot of pimps and how they would run their girls, and they knew that something was wrong, but all that was really being charged was prostitution,” Shockley said. “Nobody really thought about, ‘OK, well this is basically modern day slavery.’”

266 human trafficking cases were reported in 2019 in North Carolina
$90 is the average price of a victim, according to Elon economics professor Casey DiRienzo
$32 billion is the total estimated market value of human trafficking

According to the United Nations Children’s Fund, human trafficking is a form of “modern-day slavery that subjects children, women and men to force, fraud or coercion for the purpose of commercial sexual exploitation or forced labor.”

Human trafficking can include prostitution, pornography and sex tourism, as well as labor for industries such as domestic service, factory and construction work, and migrant farming. The total market value of human trafficking is estimated to be $32 billion, according to the United Nations Office on Drugs and Crime.

In human trafficking, supply and demand is impacted by vulnerability. Vulnerability — which can be caused by globalization and factors such as a period of economic instability, homelessness or unemployment — increases the supply of trafficked individuals.

The demand for human trafficking victims comes from wealth, DiRienzo said. In the 2019 Federal Human Trafficking Report conducted by Trafficking Matters, the largest industry in labor trafficking cases in the U.S. is domestic work, followed by food industries and agriculture.

Human trafficking, is a crime under federal and international law, as well as a crime in every state in the U.S. According to the U.S. Department of State’s 2020 Trafficking in Persons report, worldwide trafficking numbers increased from 30,961 victims in 2008 to 105,787 victims in 2020.

“A lot of people, when they think of human trafficking, a lot of people think of the movie ‘Taken,’ they think of that movie where this girl literally gets just snatched up and kidnapped from, from her apartment, and then is thrown into a life of slavery,” Shockley said. “And that’s not to say that it doesn’t happen; that does happen. However, that’s pretty rare.”

“A hard kidnap is not the common way that traffickers get victims,” DiRienzo said. “If you think about someone screaming and yelling in a parking lot, that draws attention and that’s not something in general traffickers want to do.”

According to Polaris, recruitment tactics for both sex and labor trafficking are the offer of a job, falsely promising something to the victim, or posing as a benefactor to the victim.

With social media, traffickers may have more ways to meet and lure victims. With GPS tracking on social media, sharing personal information about location or activities as well as details from personal situations, traffickers can find things to reach out to individuals about.

“This person has been reading along and knows you very well because you’re sharing this information. And then all of a sudden, there’s some form of a reach-out to that individual,” DiRienzo said. “It’s a process, the amount of time that traffickers dedicate to luring. This is not a real quick endeavor. This is time that they put into luring this person and building that trust, and it can take sometimes months.”

Trafficking, which has been reported in all 50 states according to UNICEF, has hotspots in big cities, but more rural areas like Alamance County may have issues with trafficking due to ease of movement on bigger highways, as well as income inequality.

Part of Shockley’s job is going on proactive missions where officers attempt to figure out where a trafficking victim is located and rescue them, in addition to attempting to arrest the trafficker. These missions happen once every three months.

Shockley said while people may think prostitution is a victimless crime, it can further the demand for human trafficking in an area.

“When somebody goes and purchases [the services of] a prostitute, they have no idea whether or not that’s a trafficking victim,” Shockley said.

"[The] biggest thing is that [traffickers] want control. They want to be in control all the time, and they want to control this person because they don't want this person to get away from them."

Human trafficking is often hard to notice, but Shockley said a few ways officers spot victims is when they see one person answering all of the questions for another or if one person has another person’s identification. Officers may ask potential victims if they feel like they are free to leave their situation.

“[The] biggest thing is that [traffickers] want control. They want to be in control all the time, and they want to control this person because they don’t want this person to get away from them,” Shockley said.

Additionally, DiRienzo said trafficking victims may be afraid to report that they are being trafficked because of a lack of faith in the system. In the United States, a victim can be charged as well as the trafficker, something that could deter a victim from coming forward.

“I’ve listened to so many different narratives where the individual … they didn’t want this life and they’re being exploited, and then they’re picked up and put in jail,” DiRienzo said. “The trafficker then comes and bails them out, and it’s the people who are getting exploited who are being charged, and then you hear stories of them… being beaten or abused for being caught.”

Shockley said some victims may not even know they are victims of human trafficking.

“They may not even realize what is happening to them is a crime,” Shockley said.