Purpose of Elon University's Board of Trustees

The board is responsible for several processes, from voting on a new president to making arrangements to continue campus life amid COVID-19 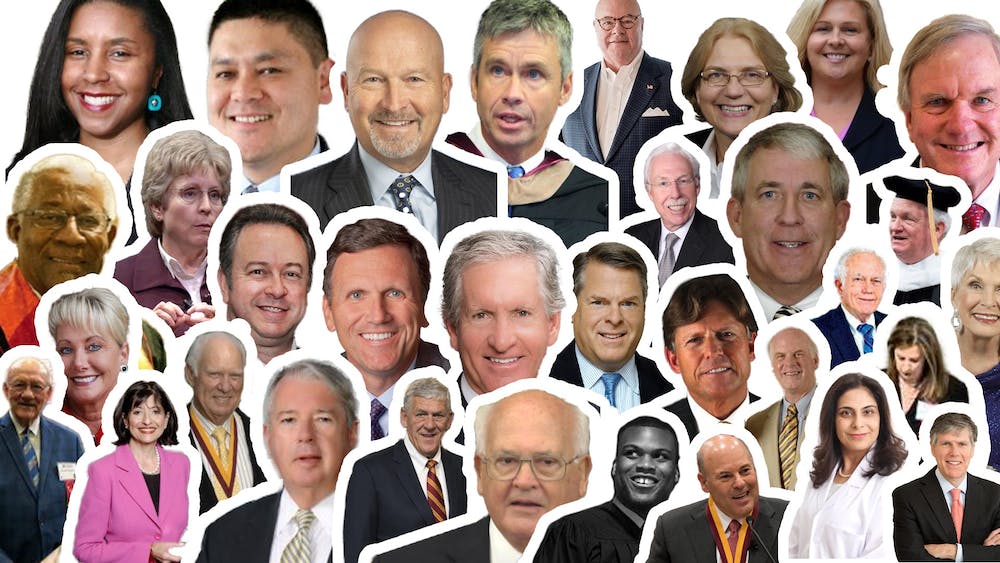 Photo by Ted Thomas | Elon News Network
Elon University's Board of Trustees is composed of 35 members that have been nominated and selected to serve on the board.

When Elon University chose to transition to remote instruction in March and later began to prepare for an in-person fall semester, President Connie Book needed more input on how to make the correct decision about the direction of the school. That guidance came from six members of the 35-person Elon Board of Trustees.

Unlike Book, Vice President for Student Life Jon Dooley and other administrators at the university, the Board of Trustees rarely faces the public. The board is composed of Elon graduates, donors and other important members of the surrounding community and nation who pool their thoughts and resources in an effort to further the university’s commitments and goals.

From reviewing the Boldly Elon Strategic plan initiative to approving the annual budget, the board dictates how Elon students receive their education, makes decisions for the university as a whole and appoints a new president for the university when the time comes.

According Patrick Noltemeyer, secretary to the Board of Trustees, they come to conclusions on these decisions by discussing and then voting. A simple majority approves or disapproves each initiative.

Noltemeyer emphasized that the board is focused on advancing Elon’s mission through their decisions.

Noltemeyer said the board is made up of individuals from different backgrounds and careers, which aids in the decision-making process.

“One of the benefits of our Board of Trustees is that it’s a diverse group, a body that is diverse in thoughts and opinions, but all united behind a single mission to advance the educational experience for students,” Noltemeyer said.

According to Noltemeyer, the board meets once in the fall semester and once in the spring semester. Special meetings are called as needed, and there are additional optional check-in meetings for members to participate in.

When the COVID-19 pandemic began, the board had to shift their scheduled on-campus meeting in April to a virtual medium. They have also had summer meetings as well.

Another practice of the board for more than 50 years has been having two newly graduated students to sit on the board. Kenneth Brown Jr. ‘19 currently occupies one of those spots. A class of 2020 trustee will be elected this October.

Book serves as the bridge between the Elon faculty and the Board of Trustees. Faculty and staff report to her, and then she reports to the board.

Members are brought to the board for various reasons, ranging from implementing a new campus program to having connections to a certain cause. One of those reasons could be the implementation for programs outlined in the strategic plan.

Noltemeyer said these members who serve and continue serving are interested in making decisions for the university.

“They may not even be parents, but they see the power of Elon’s mission. They see what’s happening here and they’re like, ‘that is a way that I want to use the resources that I have to make a difference for good in the world,’” Noltemeyer said.

There are two types of board members: a non-emeritus trustee and a life trustee. According to Noltemeyer, a life trustee is an honorary title the board can give to a former trustee, who used to serve a leadership role on the board in some regard.

Despite Noltemeyer working with the trustees for only a little over a year, he stressed the focus of the board.

“They truly believe that one of the greatest ways they can have a positive impact on the world is to support students to graduation and Elon,” he said.