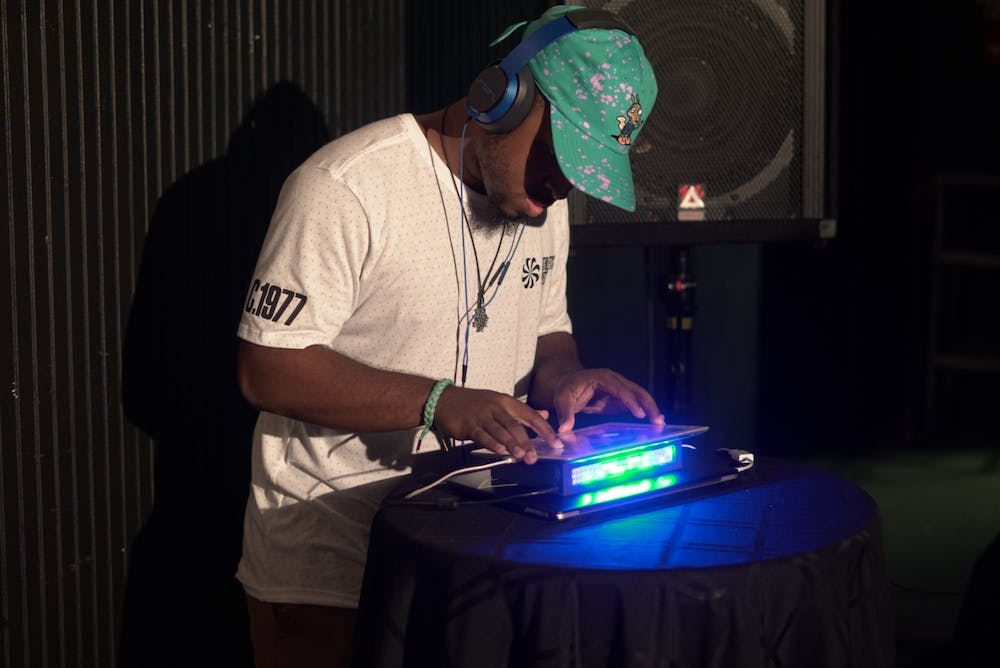 Elon senior Tavion Dixon, also known as DJ Supa Dupa, is one of the black artists to perform in WSOE's benefit concert (Photo courtesy of Dixon).

“WSOE stands with Black Lives Matter and WSOE believes in demands that the industry needs to change,” said Mabel Kitchens, the general manager of WSOE. “Black creativity has kind of been squashed in history when it comes to [the music industry].”

Kitchens said the purpose of the benefit is to give voices to black artists and fundraise for different organizations working to improve black lives.

One of the featured artists will be Elon senior Tavion Dixon, who is also known as DJ Supa Dupa. He plans to use his set today to unite people.

Dixon said he wants his white listeners to be allies to the black community. To him, this means educating oneself on white privilege and racism, and asking black friends how to help.

Kitchens said she can only do so much but hopes WSOE can do more.

“Giving five hours to local black artists isn't a lot, but it's something,” she said. “It's a moment for us to step out and say, ‘there are incredibly talented black people in our community that could greatly benefit from having our platform.’”

Each performer will be live streaming from the WSOE Instagram for 30 minutes each starting at 2 p.m.

The artists will pick a cause they support and listeners can donate accordingly. Dixon has picked Color of Change as the organization to donate to during his set. According to its website, the organization helps to “create a more human and less hostile world for Black people in America.”

Listeners can donate directly to an artist’s specific charity through Instagram Live or make a general contribution via Venmo, Cash App or PayPal. Their Venmo is WSOE-fund, their Cash App is $WSOEFUND and their PayPal is mabelkitchens@gmail.com.

The general contributions made to WSOE will be divided evenly among the six different charities.

There will also be a WSOE power hour where an Instagram bingo board will be used to see how much money can be donated in one hour.

WSOE will also be making a $200 contribution to the benefit.

Kitchens said WSOE has made outreach efforts in the past. In the spring of 2019, the station created The Young Alternatives. This program was designed to bring middle and high school students from Burlington who were interested in media, to see what opportunities were available for them to pursue media.

Kitchens said the station’s efforts will expand beyond today’s benefit. Starting in the fall the station will bring back Young Alternatives, and make sure guests they interview and album reviews will include black artists.

Kitchens said WSOE will work on “being more intentional when it comes to inclusion” because “there is no excuse anymore.”