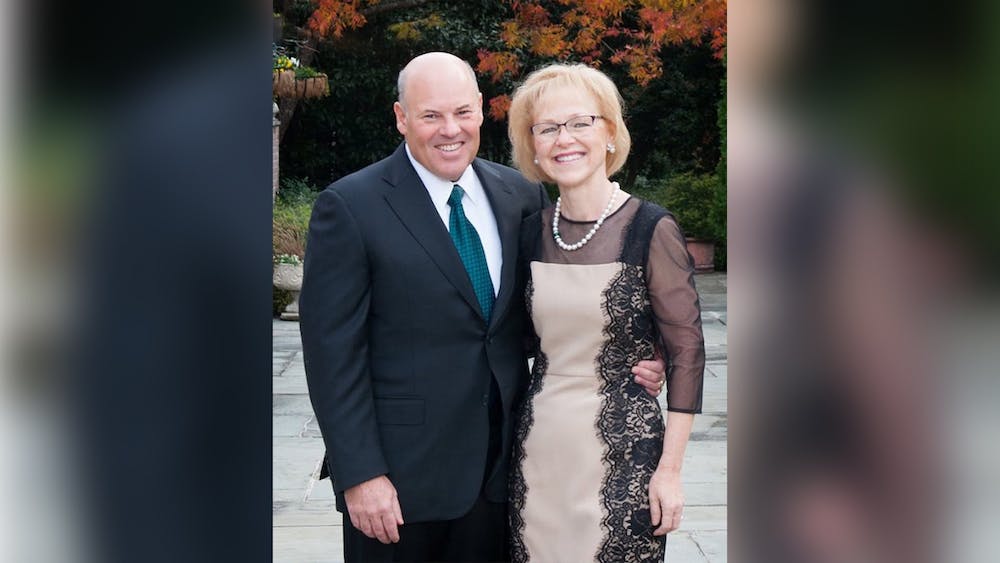 Louis DeJoy, a member of Elon University's Board of Trustees and Greensboro businessman, has been selected to serve as Postmaster General of the United States Postal Service. DeJoy was unanimously selected by the Post Office’s Board of Governors to serve as the CEO of the largest postal organization in the world according to a press release.

DeJoy will become the 75th Postmaster General on June 15. He replaces Megan Brennan who announced her intentions to step down in October 2019.

DeJoy currently serves as president of LDJ Global Strategies in Greensboro. Previously, he was Chairman and CEO of New Breed Logistic in High Point before the company merged with XPO Logistics where he served as CEO until 2015. He remained on their Board of Directors until 2018.

“Having worked closely with the Postal Service for many years, I have a great appreciation for this institution and the dedicated workers who faithfully execute its mission,” DeJoy said in a press release. “I look forward to working with the supporters of the Postal Service in Congress and the Administration to ensure the Postal Service remains an integral part of the United States government.”

DeJoy and his wife Aldona Wos established the DeJoy-Wos Odyssey Scholars Endowment, a collaboration between the school’s Odyssey Program, the Martha and Spencer Love School of Business, Guilford County Schools and the United Way of Greater Greensboro. The endowment initially provided four full scholarships from students coming from Title I schools in Guilford County.

In 2009, the couple also established a scholarship to support the financial needs of students participating in semester-long international study opportunities.

Wos, in late Februrary, was nominated by President Donald Trump to become the next U.S. Ambassador to Canada.

DeJoy received the Elon Medal for Entrepreneurial Leadership in 2017. An award given to an entrepreneur who exemplifies the values of Elon University including integrity, innovation and creativity, passion for lifelong learning, and a commitment to building a dynamic community,” according to the university’s website.

DeJoy is a supporter of President Donald Trump and the Republican Party. According to the Citizens for Responsibility and Ethics in Washington, DeJoy has contributed more than $2.5 million political groups since 2016. This includes contributions totaling more than $13,500 to the Trump campaign, $850,000 to Trump Victory — a joint fundraising committee for Trump and the RNC — and $1.1 million to the Republican National Committee. DeJoy also serves as the national finance chairman for this year’s Republican National Convention in Charlotte.

DeJoy will enter the position as Trump continuously criticizes the management of the Post Office.

I will never let our Post Office fail. It has been mismanaged for years, especially since the advent of the internet and modern-day technology. The people that work there are great, and we're going to keep them happy, healthy, and well!