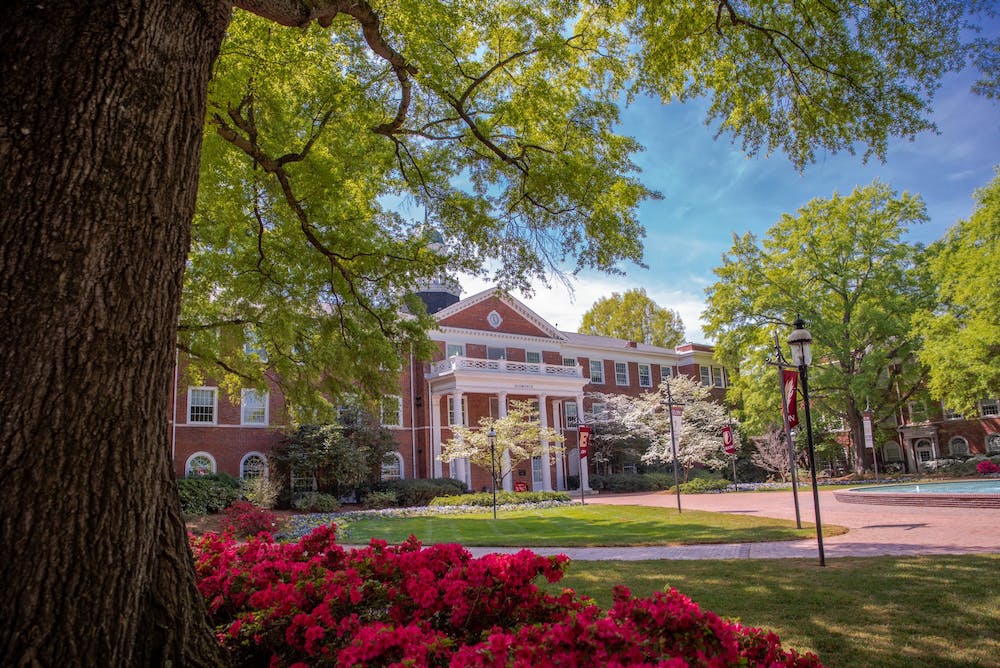 Elon University’s faculty union, Elon Faculty Forward, proposed their “Humane Budget” to the university in early May. The proposal outlines how the union wants the university to protect non-tenured faculty in light of the coronavirus pandemic, according to the proposal document.

Catherine Bush, assistant professor of biology and union member since its inception in 2018, said the number one reason for both the “Humane Budget” proposal and the faculty union is job security for non-tenured faculty at Elon.

“We surveyed adjuncts and found that [62%] of them said that job security is the number one issue,” Bush said. “And through COVID-19, we surveyed them and they said that 60% are worried about losing their income.”

According to Calvin Deutschbein, adjunct instructor of computer science and union member, the faculty union began work on the “Humane Budget” proposal during the first week of online classes.

Since the proposal went public, 51 faculty members, 112 current and former students and 23 community members have signed the proposal in solidarity.

The proposal requests that the university gives contracts for next academic year to all non-tenured faculty who are teaching this spring semester and plan to return in the fall.

“For the mutual benefit of Elon adjuncts and our students … we asked Elon to give all non-permanent faculty that are teaching this semester a year-long contract, which most of them have never had,” Bush said.

The proposal suggests non-tenure faculty indicate their intention to return to campus by June 15.

Owen Covington, director of Elon University’s News Bureau, declined to comment on the proposal past acknowledging the university received it, and will be considering it along with other suggestions.

In addition to one-year contracts, the proposal suggests taking funds from Elon LEADS — the university campaign to raise $250 million — to support non-tenure faculty. It also asks to include non-tenure faculty representation on the university Budget Committee and for senior administration to “commit to a voluntary reduction in their salaries, as a sign of good faith and to share the financial burden.”

According to Deutschbein, guaranteed payroll allows non-tenured faculty to continue providing quality education. They said the faculty union is fighting for the same things now that they were before, such as job security and health insurance, both concerns for Deutschbein.

According to Bush, a dip in enrollment could cause a lack of teaching jobs available in the fall. The proposal outlines a potential solution, should enrollment numbers dip and there are no positions available for non-tenure faculty.

“There are other ways we can serve our university, ” Bush said. “If there are no classes, we would still have our contract, we still have our pay and everything; instead, imagine a program where we mentor students.”

At the moment, a mentoring program of this nature does not exist. The proposal also suggests that some faculty can serve in admissions and working as technical support.

Bush said the proposal was written so that non-tenure faculty supplement, not replace, other staff members and student workers.

“It’s my belief as an educator, and the belief of a lot of educators, that we know how to get Elon through this,” Deutschbein said. “We’re trying to make it as easy as possible for the people with the power to say yes to this proposal. … We care about the people we work with and this, we believe, is the only viable path forward.”