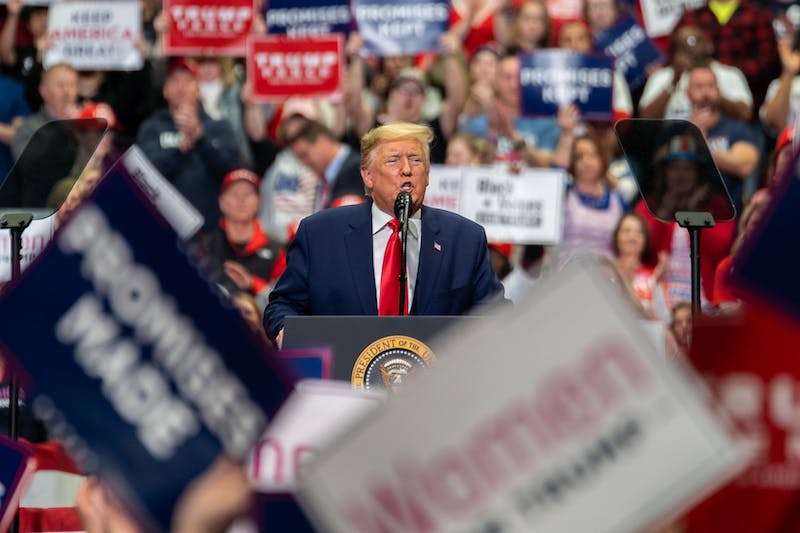 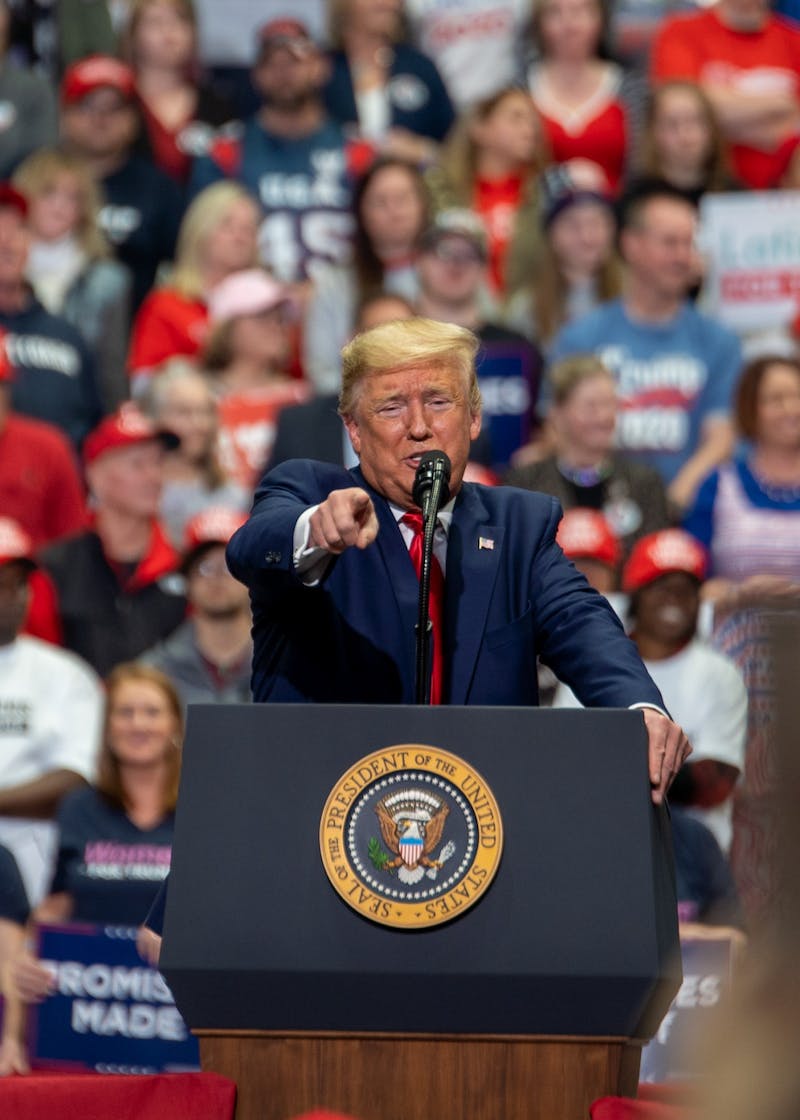 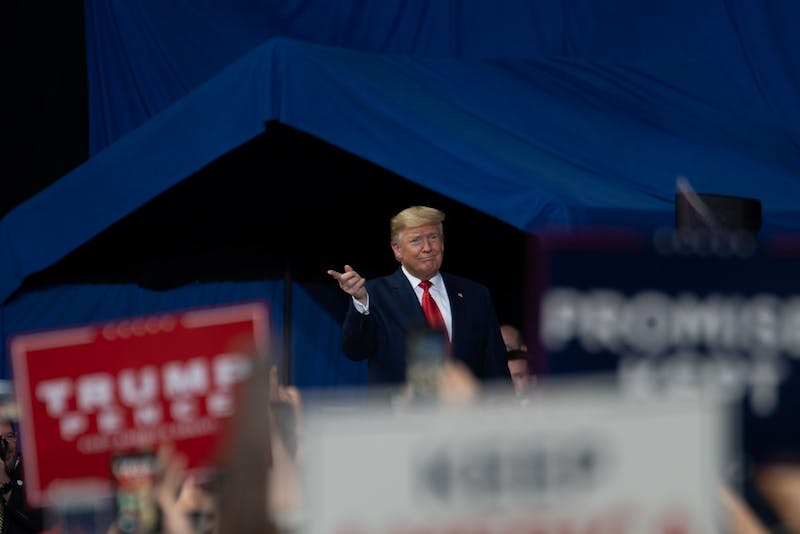 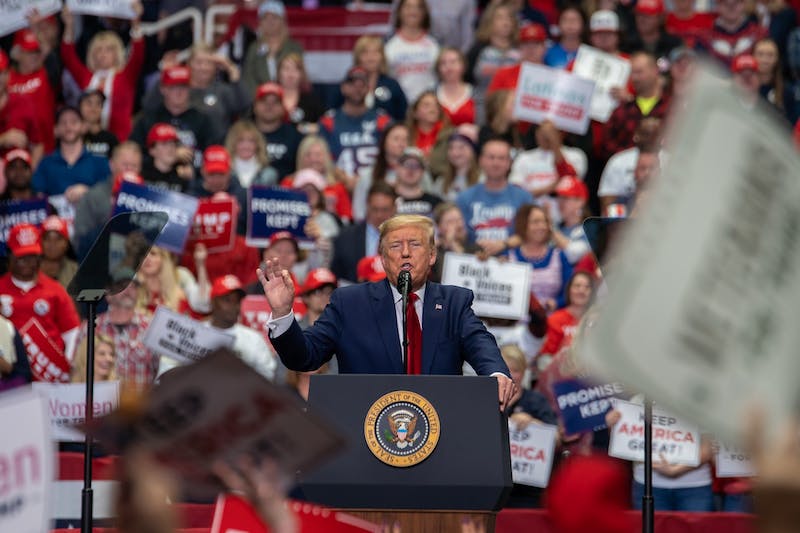 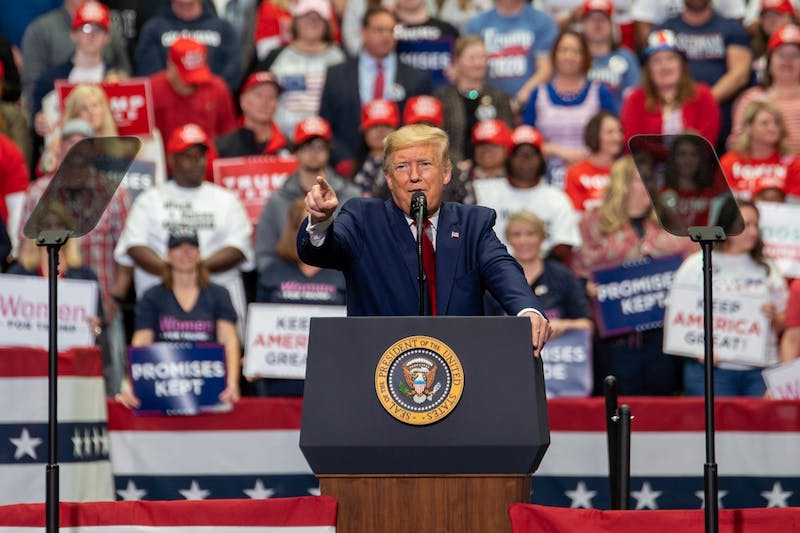 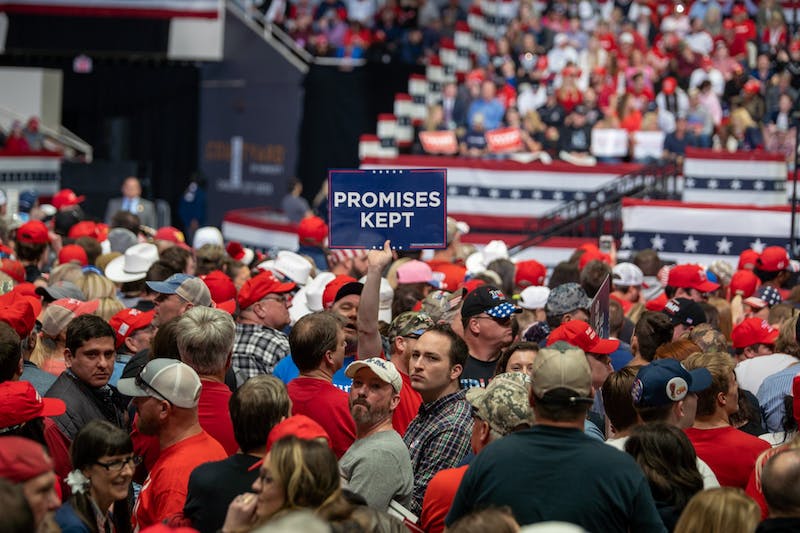 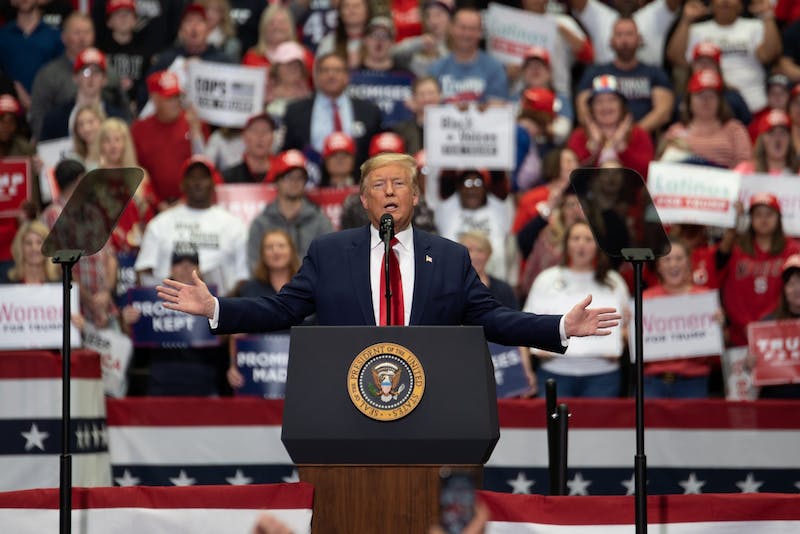 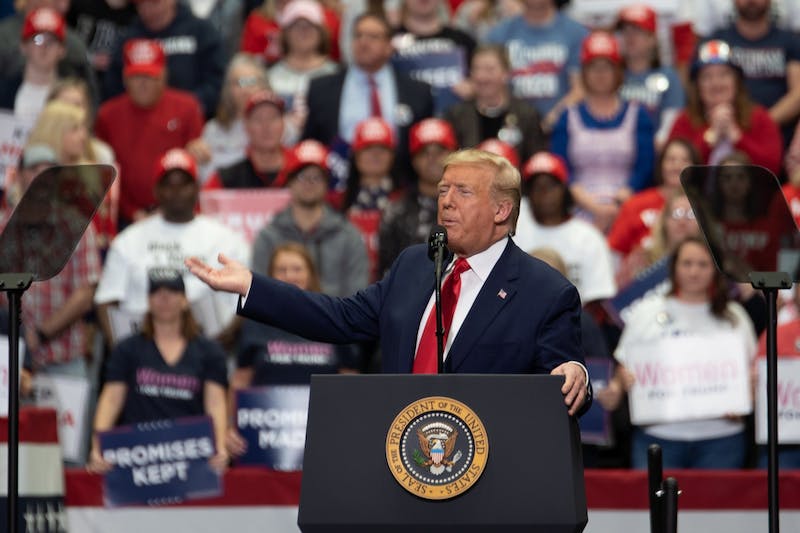 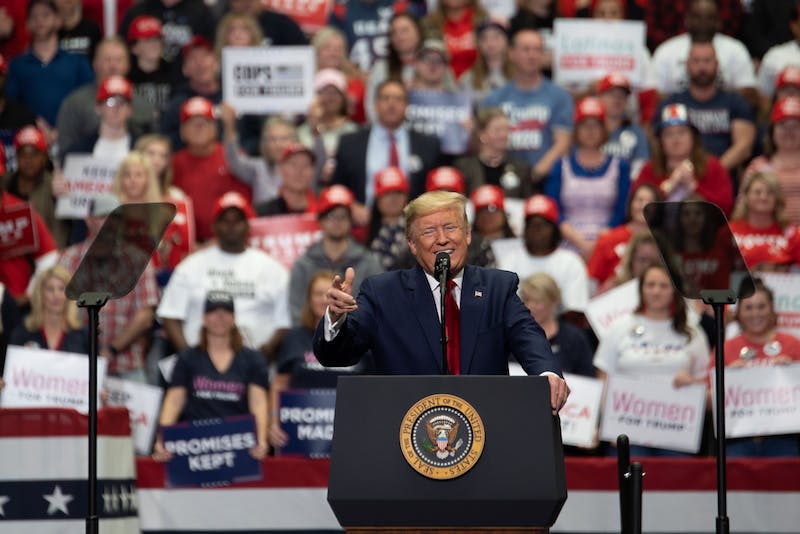 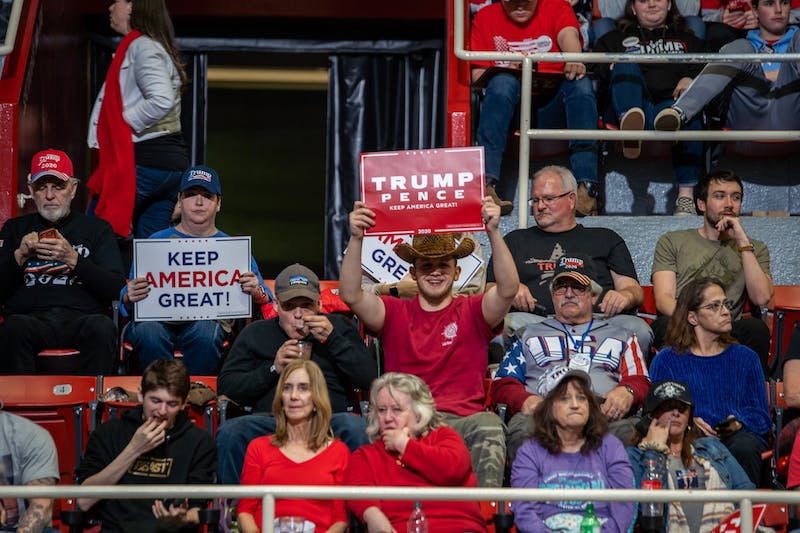 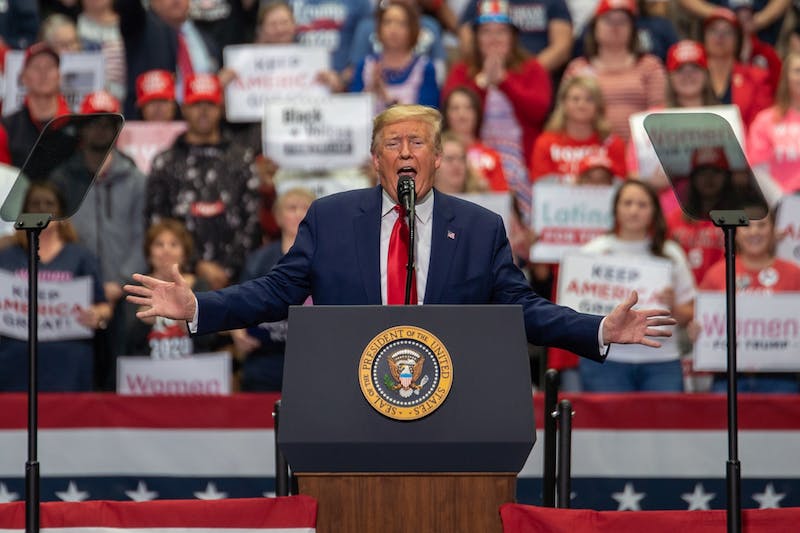 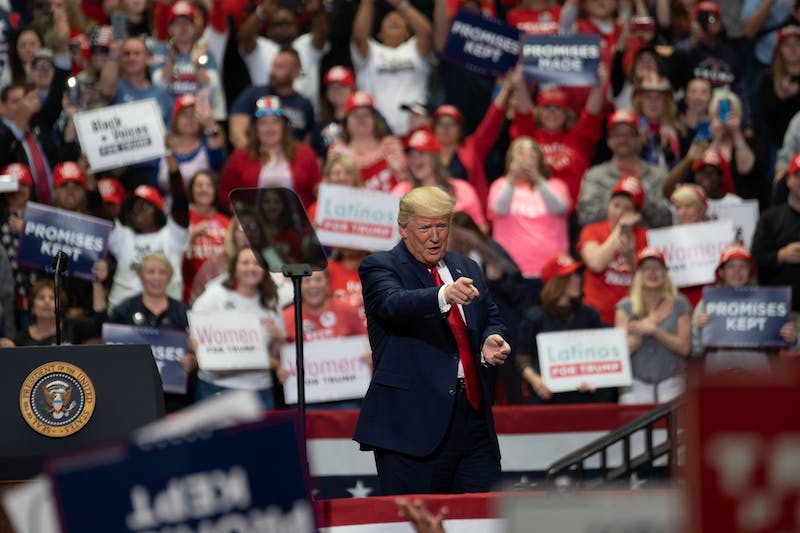 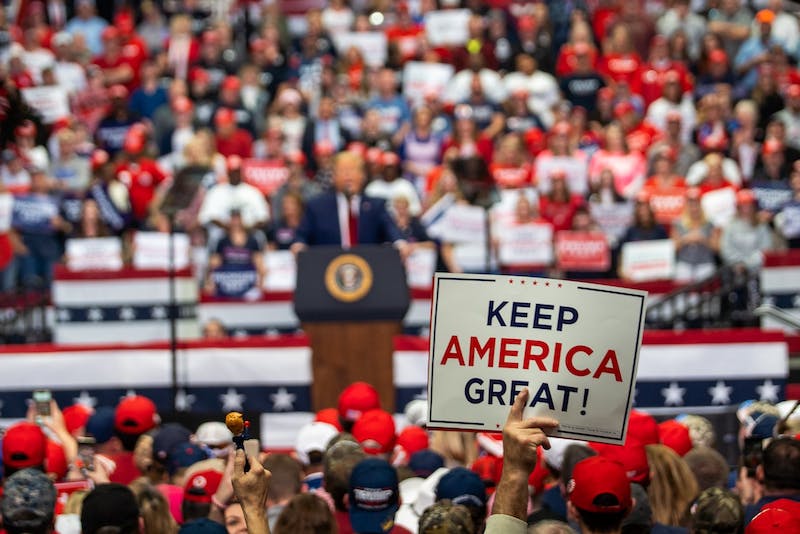 CHARLOTTE — President Donald Trump spoke to a packed crowd of supporters at Bojangles Coliseum on Monday in Charlotte. His rally came the night before the state’s voters head to the polls for North Carolina’s primary elections on "Super Tuesday."

“We like to go the night before primaries, we like to do a little trolling,” Trump said.

The president’s National Press Secretary for the campaign, Kayleigh McEnanay, said college students should consider voting for Trump because of the economy, and also pushed back on democratic presidential candidate Sen. Bernie Sanders’ (I-VT) ideologies.

“Voters have a choice and young people have a choice,” McEnany said. “Bernie is offering an ideology that has failed everywhere it’s been tried, and that is socialism.”

According to a College Reaction/Axios poll, Sanders leads Trump by over 20 points among college students. Trump also did not shy away from criticizing the Democratic party.

McEnany said Trump’s accomplishments in his first term is why people should vote for his reelection.

“In 2016 we were giving promises in 2020 we have deliverables,” McEnany said. “It's different because he can say ‘I've been president. I've done what I've said. I've made good trade deals. I've gotten out of endless foreign wars. I brought the hottest economy in modern history. I have proof. Here it is.’”

A recent Meredith College poll put the president’s approval rating in North Carolina at over 45%.

Lisa, a North Carolina voter — who was waving a “Women for Trump” sign on the floor of the coliseum —  said the economy should be enough to make anyone vote to reelect Trump.

The president focused on his latest accomplishments in the speech, citing his recent deal to pull troops out of Afghanistan and the bounce-back in the stock market after concerns from the coronavirus.

“We took out the world’s top terrorist, Qassem Soleimani, ending his evil reign of terror forever,” Trump said. “While the extreme-left has been wasting America’s time with vile hoaxes and delusional witch hunts.”