Cooper and Forest are vying to be North Carolina's next governor 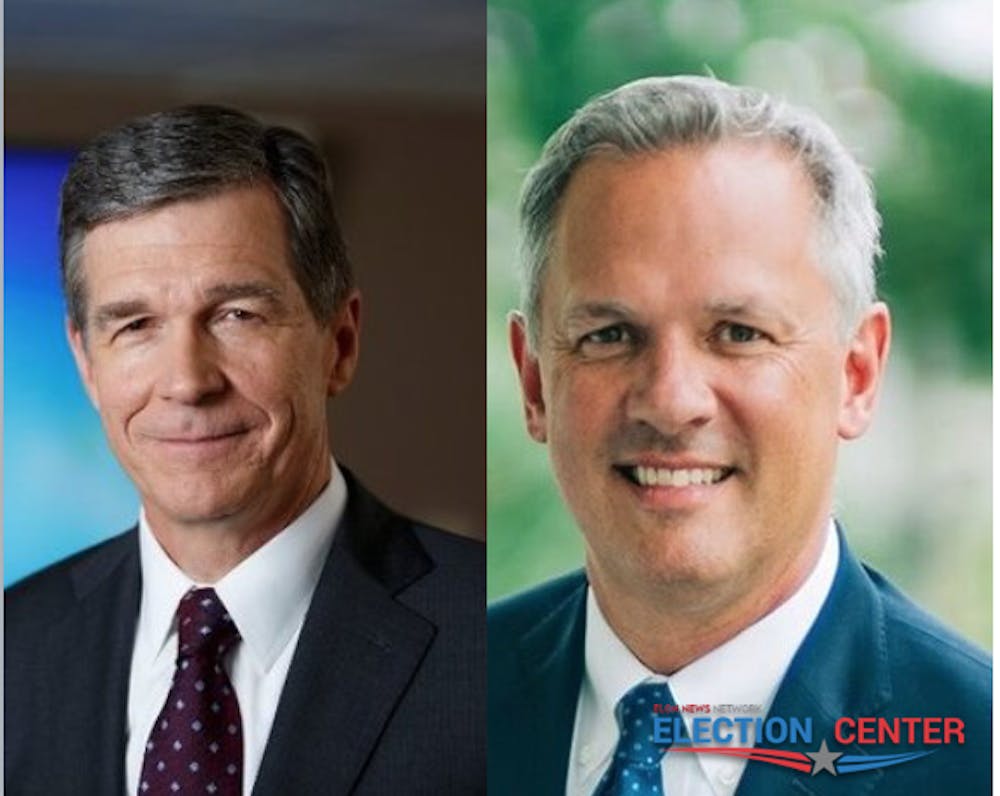 Incumbent Gov. Roy Cooper will face off against republican and current Lt. Governor Dan Forest in the general election to decide the next governor of North Carolina.

Cooper is serving as the 75th governor of North Carolina since 2017 and previously served as the attorney general of North Carolina. After earning a law degree from University of North Carolina, Cooper returned home to Nash County to practice law. In the NC House and Senate, Cooper fought to increase teacher pay and reduce class sizes. He wrote North Carolina’s first children’s health insurance initiative.

Forest has served as Lt. governor since 2012, becoming the second Republican elected to the office since 1897. In 2016, he became the first to ever be re-elected. Forest also presides over the N.C. Senate and sits on the State Board of Education and State Board of Community Colleges. In office, Forest worked on an initiative to connect classrooms in North Carolina with high speed internet and worked to preserve free speech rights on public college campuses.