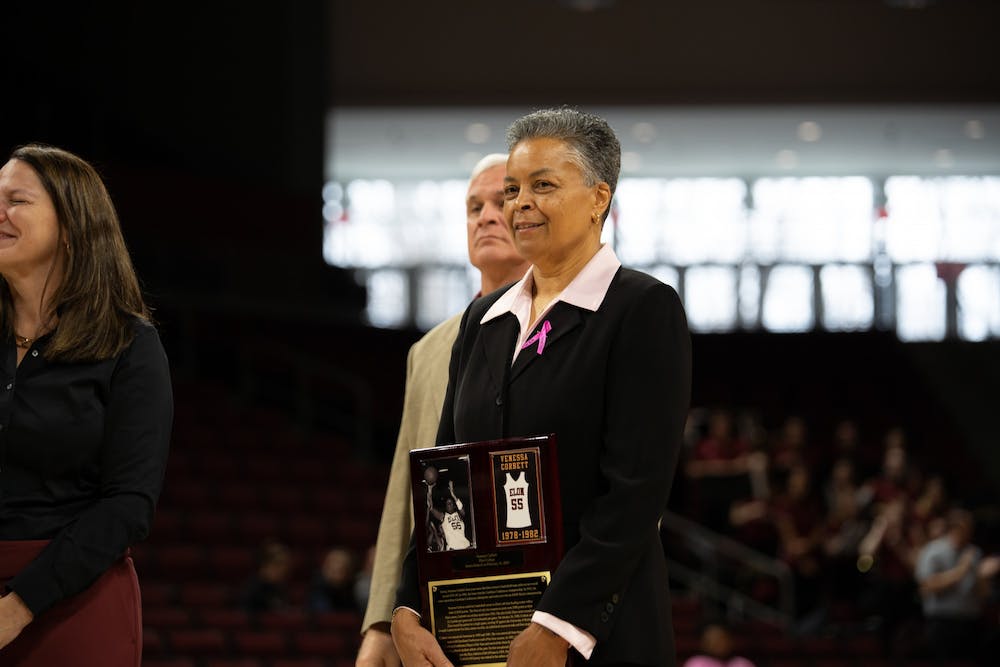 
Venessa Corbett at Schar Center as her jersey is retired.

The retirement comes on the Play-For-Kay game, a game held by most collegiate teams to honor former Elon and NC State head coach, Kay Yow, who was first diagnosed with breast cancer in 1987. Yow continued to be a coaching force, continuing to coach until early 2009. She passed away later that year.

Corbett is a survivor of breast cancer herself, and was honored at halftime, along with other cancer survivors, as a testament to the willpower that women fighting breast cancer display all across the world. This comes on the same day in which she was forever immortalized in Elon lore.

More on Corbett can be found in this week’s edition of the Pendulum.