The executive treasurer, Finance Board, is in charge of allocating funds to student organizations 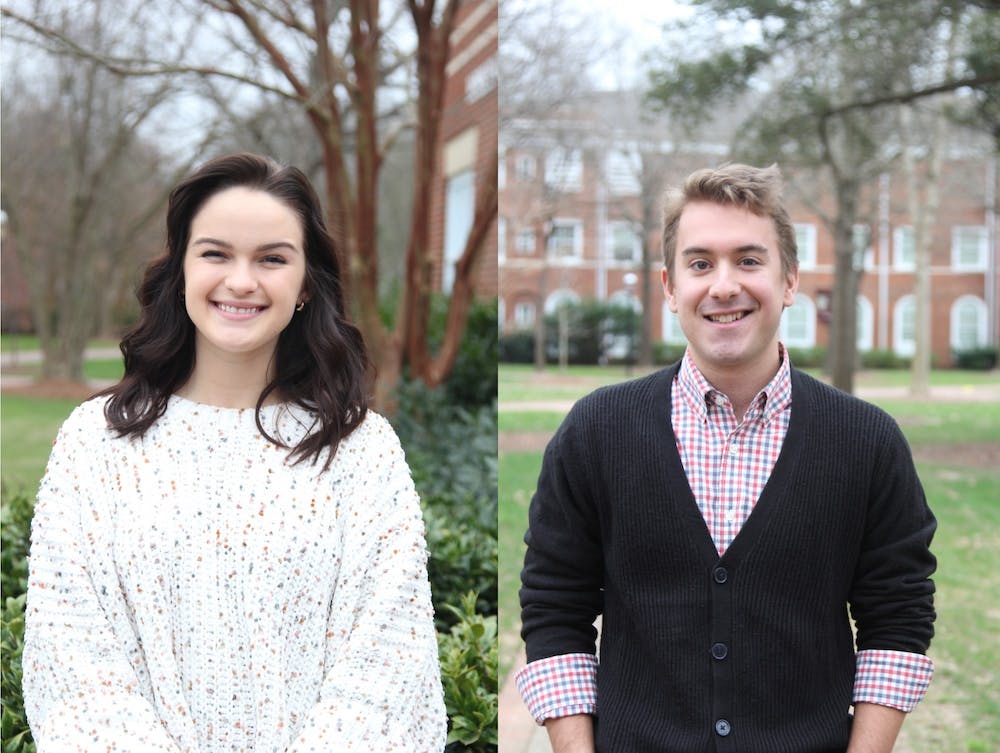 Updated on Thursday, Feb. 27 at 7:06 p.m. Junior Claire Babey has dropped out of the race for the position of executive treasurer. She has not responded to Elon News Network's request for comment.

The executive treasurer is in charge of working with the Finance Board to allocate funds from the SGA budget to each organization. According to current Executive Treasurer Amanda Yaffa, the weekly duties of the treasurer entail holding office hours, attending SGA meetings and meeting with the finance board twice.

Along with that, they are responsible for answering emails and questions from the student body, ensuring that reimbursements and money transfers are done in a timely fashion and giving an executive report at SGA meetings.

The role differs from the class treasurer, who is in charge of managing money for class events and serving on the finance board. The executive treasurer also meets with the finance board, but does not vote on budget allocations. Treasurers of each class and four non-SGA members make up the board. A finance and policy studies double major, Babey served as the treasurer for the class of 2021 in her freshman, sophomore and junior year.

Babey said she wants to focus on continuing to improve communication between SGA and the student body, since it is student activity fees that make up the budget.

“I think right now there’s a lot of separation between SGA and the student body,” Babey said. “It would be more important for us to really explain what we do every week, and to make sure that students know that I’m very accessible as executive treasurer.”

Students are able to contact the treasurer during office hours, by email or in person at SGA meetings on Thursdays at 7:30 p.m.

“We did a special allocation a couple of years ago for a big Homecoming concert, and I would have liked to hear more about student body feedback before we passed the legislation,” Babey said. “So that would be a big thing for me to fix in the future.”

Ciampa served as the secretary of the finance board this past year and is a history and political science major. He worked with Yaffa during the fall semester to implement the changes to the funding model.

“I feel like I have a good sense of the new funding model that Elon passed last year, I think there’s a bit of a learning curve for people who might be used to the old one,” Ciampa said. “I think that I’m just a good facilitator to basically carry on the next legacy of treasurer.”

Having never officially served on SGA, Ciampa said he considers himself a bit of an outsider. But he doesn’t think that is a disadvantage.

"I'm excited for this next treasurer because it's not gonna be implementing it, improving it. I think the transition is gonna be a lot smoother."

“It’s a valuable perspective,” he said. ”I hope to bring to the position someone who’s approachable, knowledgeable about things like the funding model, the inner workings of SGA and the finance board itself.”

Throughout Yaffa’s term, the new funding model was implemented beginning last June. It requires organizations to meet with the finance board in person to propose budget allocations on their behalf.

“I’m excited for this next treasurer because it’s not gonna be implementing it, it’s gonna be improving it,” Yaffa said. “I think the transition is gonna be a lot smoother.”

As her term comes to an end, she reflected on her favorite parts of the position — creating relationships with organizations and getting a more personal view of campus.

“What’s most rewarding outside of relationships is actually seeing how that money is helping people,” she says, “It’s not just money- you’re creating events, you’re creating activities around campus.”

Voting for the elections will begin on Monday, March 2 and end on Tuesday, March 3.