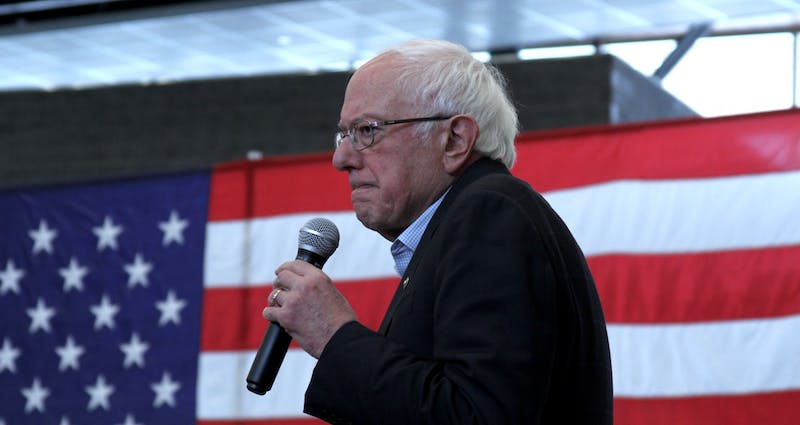 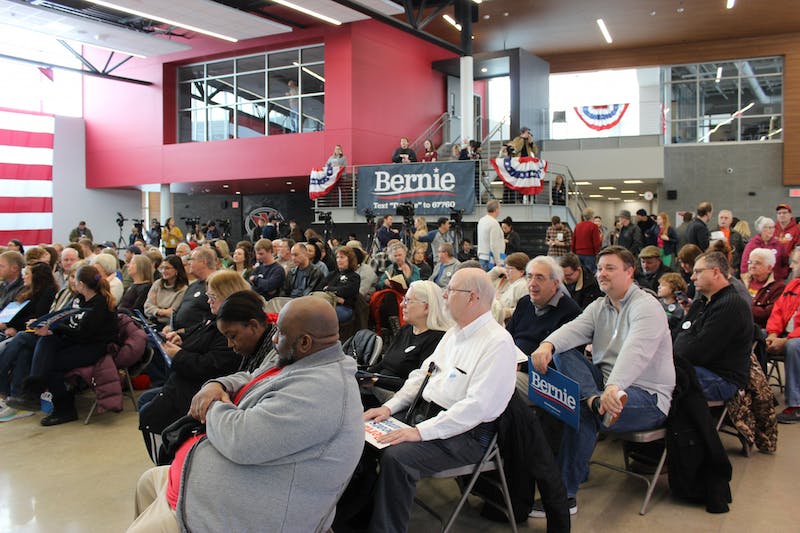 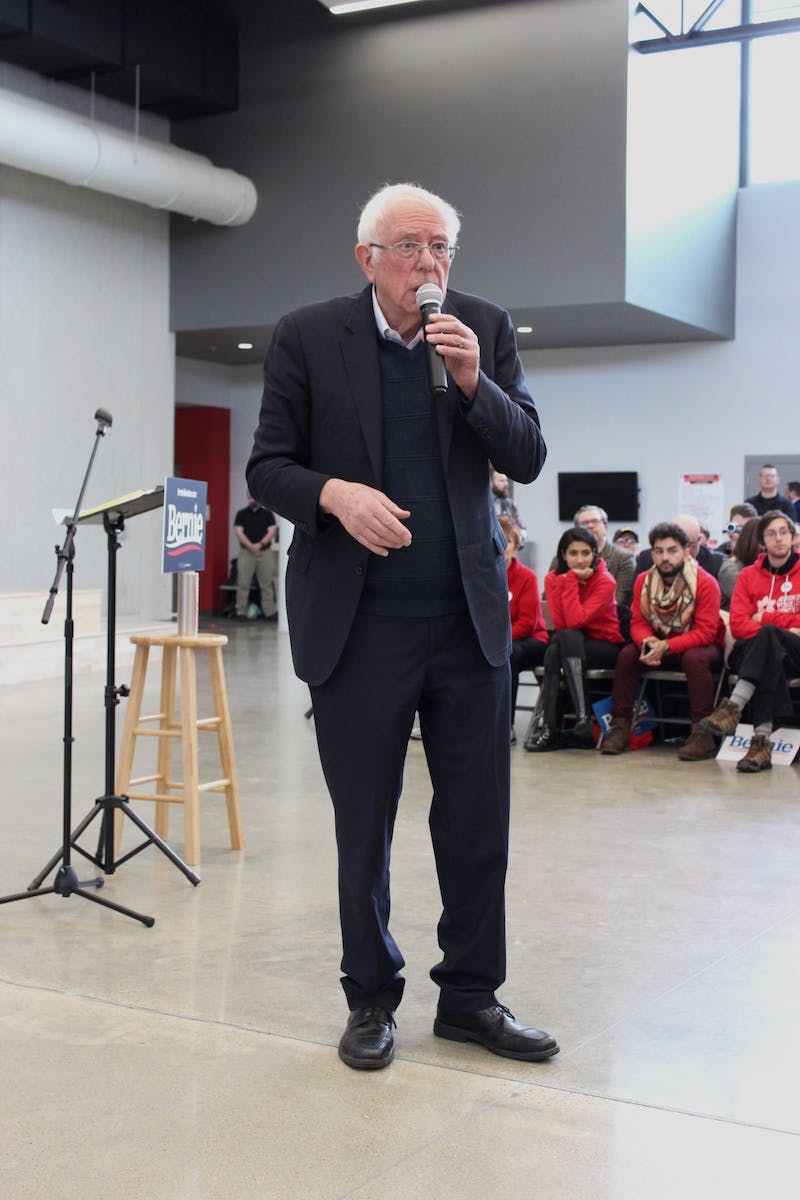 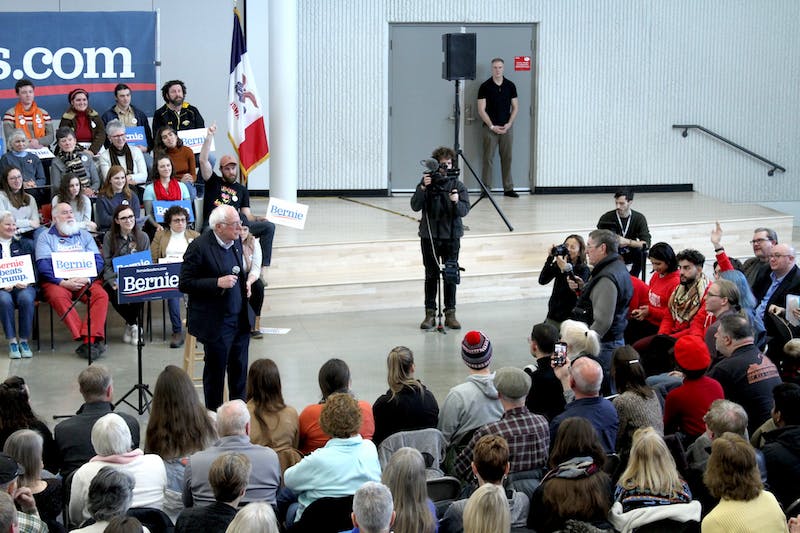 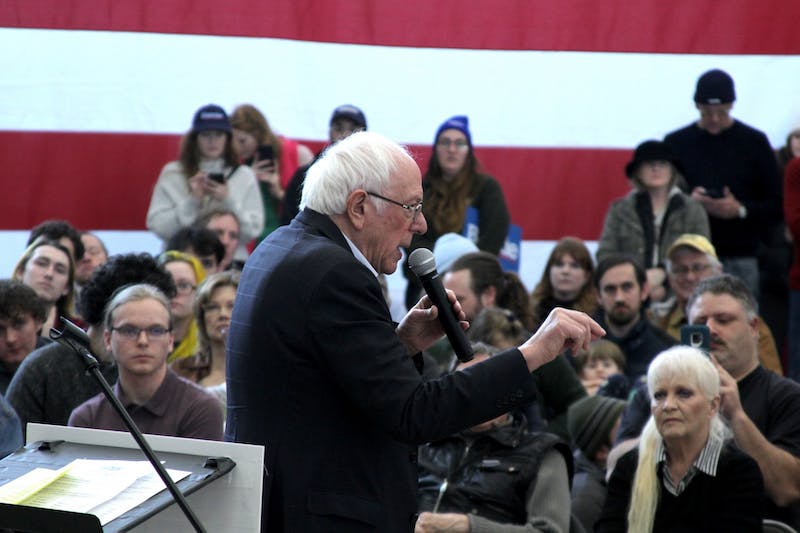 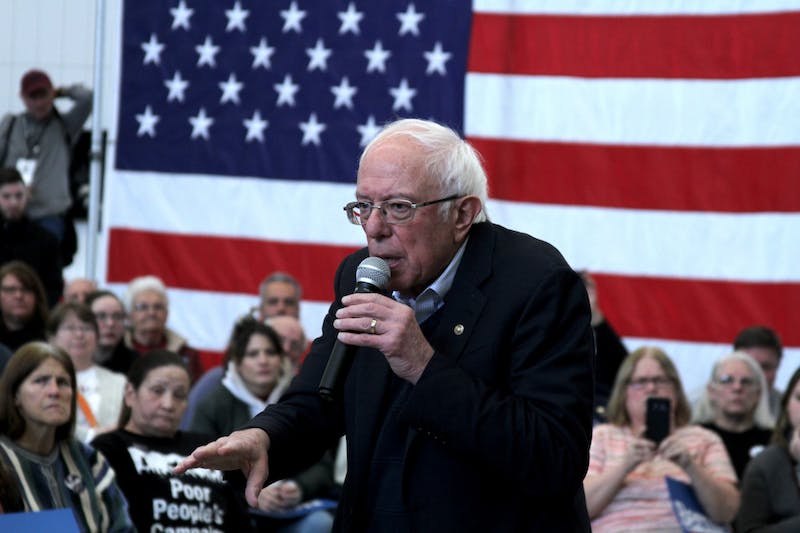 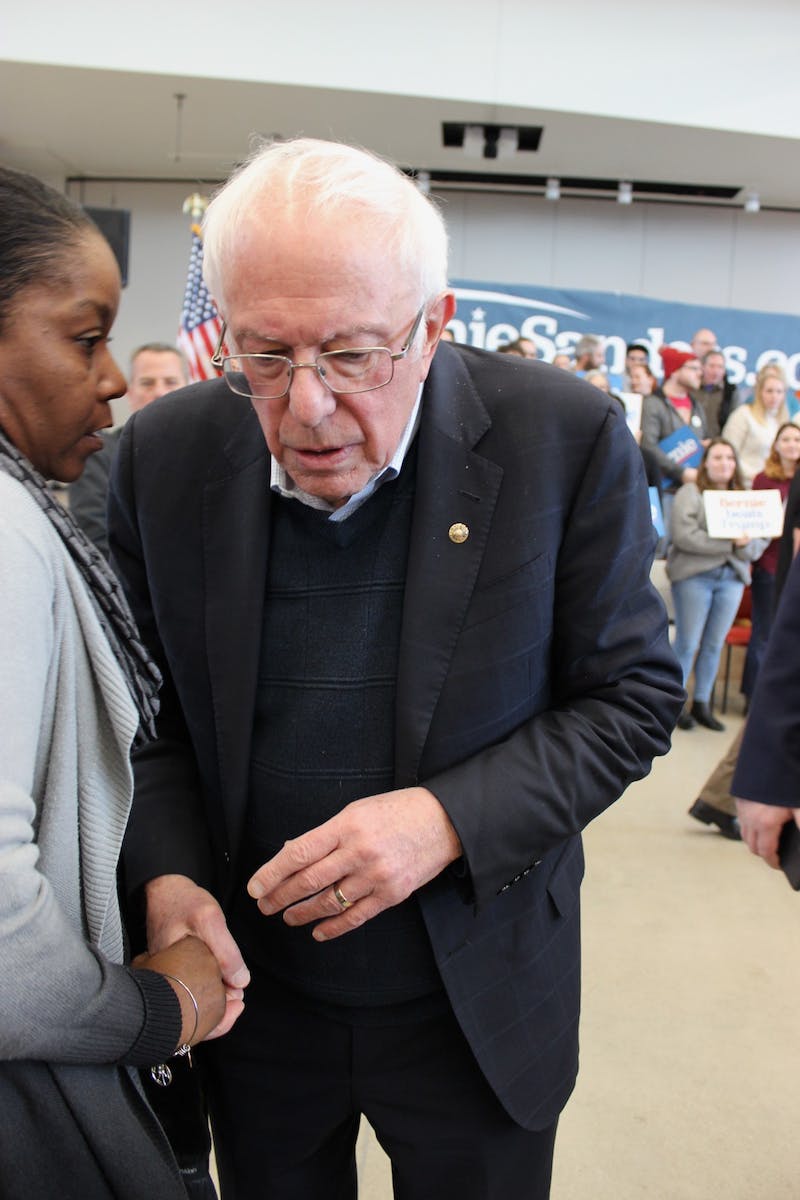 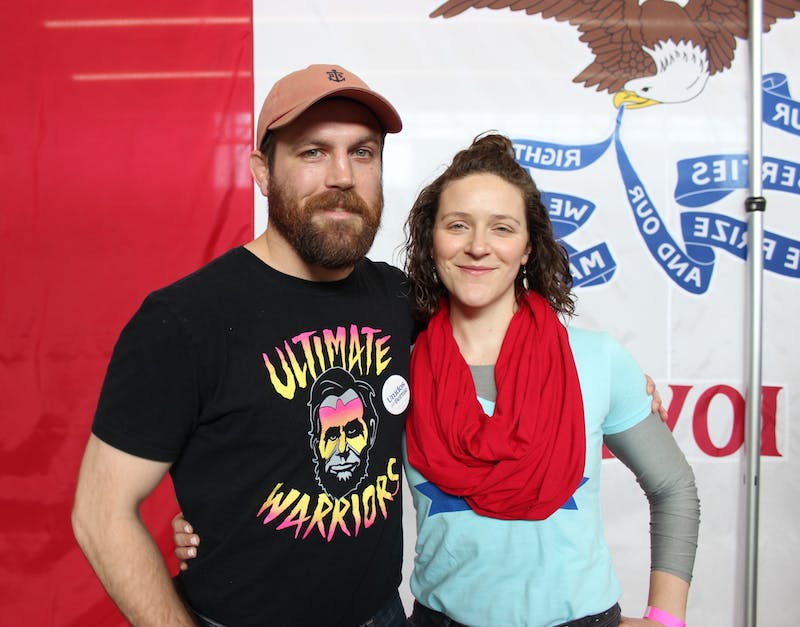 NEWTON, IOWA-- Senator Bernie Sanders (I-VT), who leads in the most recent Iowa poll, spoke at Berg Middle School in Newton, Iowa just 23 days before the 2020 Iowa caucuses. While he spent the majority of the town hall speaking on the issues of universal health care, voting rights and climate change, he also addressed universal child care, alleviating student debt and his issues with President Donald Trump.

University of Arkansas sophomore Annie Shook, who attended the event, said foreign policy is important to her, and she also sees this passion in her peers.

“Whenever I bring up foreign policy or anti-imperialism there’s a much bigger reaction than you’d ever expect whereas the media never really speaks up about the American people really caring about that sort of thing,” Shook said. “But I’ve gotten a lot of feedback about people being passionate about it.”

During the question portion of Sanders’ town hall, Shook asked the presidential hopeful about his stance on American involvement abroad. Sanders said he favored finding diplomatic solutions rather than using the military, citing his record against the Iraq War.

“I thought that there were ways to solve that issue and get his troops out of Kuwait without military force,” Sanders said, adding that the two biggest “military blunders” in the United States were in Vietnam and Iraq.

“You need an administration which does not lie to the American people but tells them the truth,” Sanders said. “Our job must be, whether it is Israel or Palestine, or Iran and Saudi Arabia, it must be to use our power to bring people together to solve their conflicts in a way that doesn’t involve war.”

Sanders suggested that military spending could be reallocated to fight climate change — another topic he spoke on extensively — saying those who deny the existence of climate change are “lying to the American people” and are “doing a huge disservice to their children and grandchildren and future generations.”

Sanders talked about natural disasters such as the wildfires in Australia and California as well as flooding in Houston, Texas and Venice, Italy, illustrating that scientists have underestimated the speed of climate change, he said, adding that “for the future of future generations we must get our act together.”

The climate crisis and the “moral direction” of the United States are considered to be among the most important issues for young voters, according to the Spring 2019 Harvard IOP Youth Poll. Sanders focused on the climate crisis as well as tying his health care discussion to the morality of Big Pharma throughout the event.

Grinnell University senior Mariyah Jahangiri, another event attendee, said she hopes to see her peers vote in the caucuses.

“Every person in Iowa has a lot of power in terms of what happens in the rest of the election,” Jahangiri said. "Every person knows that their vote counts.”

“I think the fact that Bernie is advocating for elimination of all student debt is incredibly new and unique,” Jahangiri said, later adding that “Bernie is a candidate that brings electoral politics to the ground, and I think as more people realize that and more of my progressive peers realize that, they’re entering the Bernie campaign specifically for that reason, and they’re really passionate about it.”